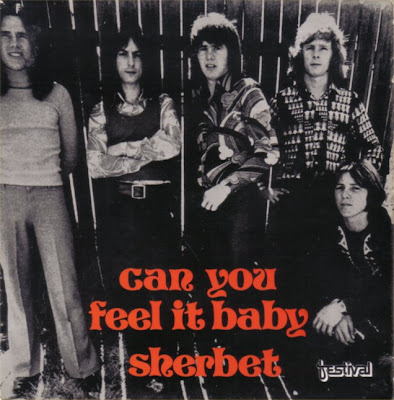 Sherbet were formed in Sydney in 1969 by guitarist Clive Shakespeare with members of his former band, Downtown Roll Band. Initially they started out as a soul band doing Motown covers and other soul and rock-based material. The band's first single was 1970's "Crimson Ships", a cover of a song by Badfinger; it featured original Sherbet vocalist Dennis Laughlin.
The band played a formative residency at Jonathon's Disco in Sydney during 1970, playing eight hours a night, four days a week for eight months, and it was during this period that they were spotted by their future manager, Roger Davies. Daryl Braithwaite joined during this period, initially as a second lead vocalist. Laughlin left the band a few months later and Braithwaite then became Sherbet's sole lead singer.
They then entered the rock band contest 'Hoadley's Battle of the Sounds', and they are notable as one of only three groups to win the competition (along with The Twilights 1966 and The Groove 1968) who went on to achieve major commercial success. Sherbet signed to the Infinity label in 1971. Sherbet won Australia's prestigious national Records label (a subsidiary of Festival Records) and in 1971 scored their first major hit with a cover of Blue Mink's "Can You Feel It Baby?"
. 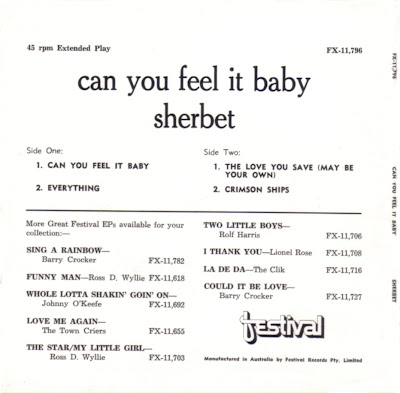 As commented in the linear notes on the back of their 1975 Greatest Hits album, this was Daryl's first time in the studio and featured Daryl's former falsetto and Garth sharing the lead vocals. Bruce Worrall played bass (soon to be replaced by Tony Mitchell) and it was a toss-up as to which side would be the A, as the Jackson Five cover song "The Love You Save" was the B side.
Most of their early recordings were produced by Festival's house producer Richard Batchens, who also produced several hit albums and singles for Infinity's other major success, Richard Clapton. The band increased its profile with prestigious support slots on major tours by visiting international acts including Gary Glitter and The Jackson 5.
In May, 1971 Festival decided to capitalise on the success of Sherbet by releasing an EP which featured both sides of their first two singles. For me, the EP creates confusion as there are two different lead vocalists on this record (Dennis Laughlin & Daryl Braithwaite). However, as an early recording of Sherbet (pre-Howzat ! days) it is an essential item for any collector.
. 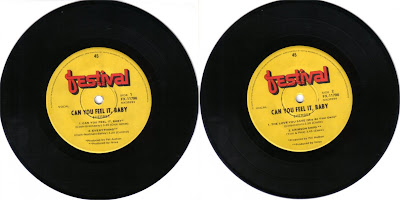