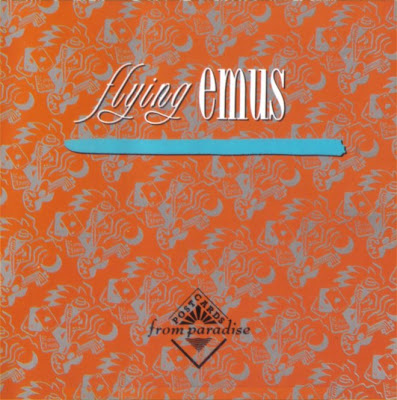 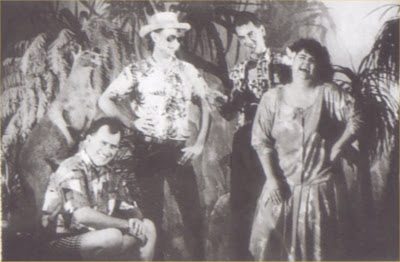 Discography
.
* Look Out Below (1985) - Larrikin
* This Town (1987) - Flying Emu Productions / Festival
* Postcards From Paradise (1989) - Infinity/Festival
* Thank you and goodnight (1990) - Infinity/Festival
.
Band Members Biographies
.
Mike Kerin - fiddle, mandolin, guitar, vocals
Between Slim Dusty commitments, the Travelling Country Band in fact recorded three albums together, and Mike Kerin also recorded four albums with the Flying Emus during the band's six-year reign as the hottest group in country music during the 1980s, during which they took out three Golden Guitars.
Mike says he loved the years with the Emus, formed during a six-year period when Slim was off the road. The band was at the forefront of a new era in Australian country music, but Mike says they weren't trying to be trendsetters, they were just having fun [www.capitalnews.com.au]
Since 1978 Mike has been a quiet driving force in the country music scene, having played for 10 years with The Flying Emus, more than 20 years with Slim Dusty’s Traveling Country Band and is currently touring with Anne Kirkpatrick.
Mike was a 2007 Golden Guitar nominee and 2007 winner of a Victorian Country Music Award, toured as a soloist with Richard Tognetti and the Australian Chamber Orchestra in June 2007.
[extract from http://www.wheelersanddealers.com.au]
. 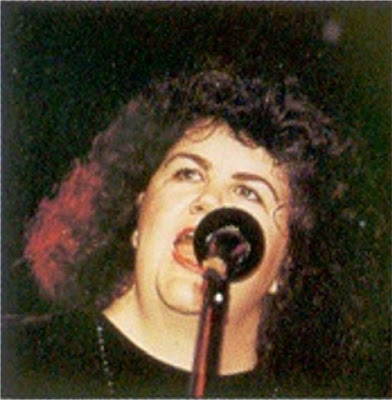 Genni Kane - Vocals
Currently sings vocals in the country/bluegrass band "The Hip Replacements" along with Jon Wilby and Gavan Wickes.
.
Malcohm Wakeford - Drums
He is best known as a drummer and singer in Australian bands since the 1970s. He is also a composer, producer and percussionist. Malcolm has played the drums in such bands as Rachette (with Stevie Wright, singer from the Easybeats) which later became the Stevie Wright Band and the Marcia Hines Band with whom he recorded a cover version of the Rolling Stones song “Jumping Jack Flash”. He has also performed with many other bands/artists including Normie Rowe, John Farnham, Little River Band, Redgum and of course the Flying Emus. [extract from Wikipedia]
.
Ian Simpson - Guitar, Banjo, vocals
Ian is the winner of 6 Golden Guitars, an Aria Award with the band the Flying Emus, and is also 3 times Australian National Banjo Champion. Ian has recorded and toured with many leading Australian artists – such as the legendary Slim Dusty, Paul Kelly and Keith Urban. [www.haustralianbluegrass.com]
. 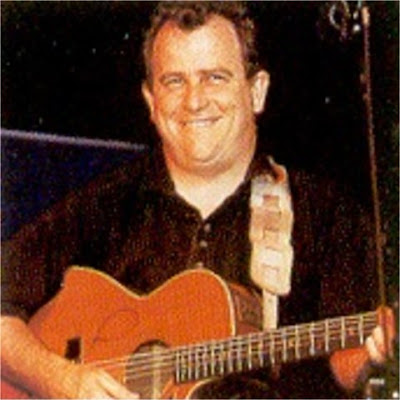 John Kane - Guitar, Vocals
Currently produces recordings for the ABC Children Series and the Australian Broadcasting Corporation. He recently released a CD entitled "The Great Australian Songbook – celebrating 100 years of classic songs for Aussie kids" which also features his sister Genni on vocals.
.
Graham Thompson - Bass
Born in New Zealand, Graham released his first recording at age 16, and has been in demand since then, playing for some of New Zealand's’ top bands until 1989 when he moved to Australia to continue his career in both recording and performing with many high level Australian acts. Graham played bass for the highly successful Australian band The Stars between 1975-76 but was replaced by Roger McLaughlin before they actually hit the big time with their single "Mighty Rock". He also played bass for Finch, the Ray Burgess Band, Avalanche and Russell Morris and the Rubes, and of course the Flying Emus. Today, Graham is the bass player for the 70's cover band 'Scandal' [www.rumours.net.au/Scandal] 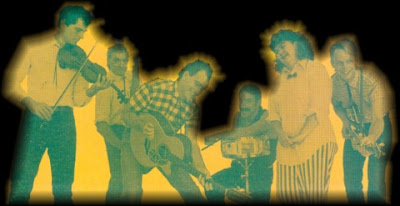 .
The rip was taken from CD at 320kps and includes full album artwork. This album is nothing like what I first expected having not heard any of their material before. I was half expecting something between the Bushwackers and Redgum, but the Flying Emus music is more pop than Country/Bluegrass, sounding a lot like Linda Ronstadt and the Stone Ponys.
Most songs have been penned by Genni and John Kane and I would go as far to say that their writing skills are up there with the likes of Vanda and Young or the Finn Brothers. There is not one bad track on the whole album, and they include the hit single "Different Drum" (written by Michael Nesmith and originally performed by Linda Ronstadt).
As a bonus, I have also added their hit single "I'm In Love With Love" and a live version of "It's A Sunburnt Country" recorded at the 1988 Country Music Awards in Tamworth, N.S.W.
My favourite tracks are the very catchy "Broken Dreams (Southbound)" and of course "Different Drum" which emphasises how good Genni's voice really is.
As Molly Meldrum would say, 'do yourself a favour - go out and buy this album' - but seeing it is no longer available commercially, you can download it here. 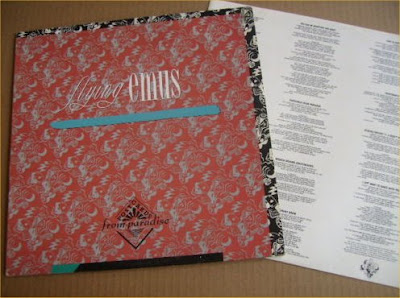