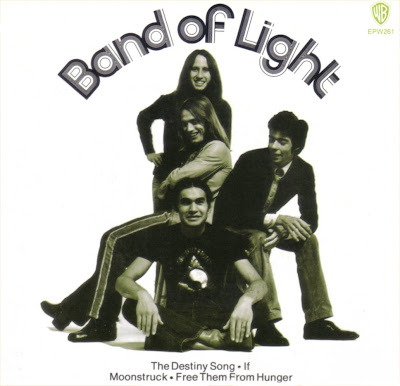 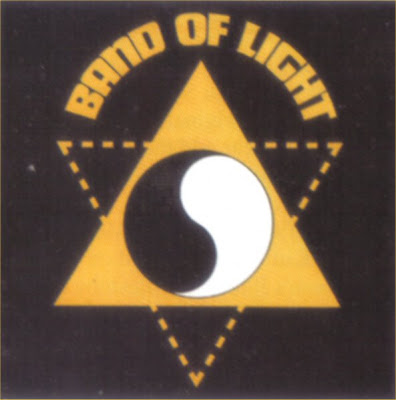 To this end, Band Of Light was the first local band to use a symbol to represent a set of basic ideals in their music. This was not dissimilar to Led Zeppelin's symbol used on their 4th album.
Key chose a collective symbol for Band Of Light which comprised of a divided circle (like the Yin and Yang) set within two contrasting triangles (see pictured right).
In their short existence (1972-74) Band Of Light managed to release 4 singles, 2 albums and an E.P. Their first hit single released in April, 1973 "The Destiny Song" b/w "Over B" (Warner Bros. WBA 4035) immediately drew strong airplay in hometown Sydney, eventually peaking at #10. Melbourne radio was slow on the uptake, taking until June before airing the track and within a month hit #7 on the 3XY chart. As a recognised hit record "The Destiny Song" remains a classic of its type. In line with the band's basic principles, Warner Bros. had the band's symbol (logo) printed on the "The Destiny Song" single labels - including this EP [Ian MacFarlane]
. 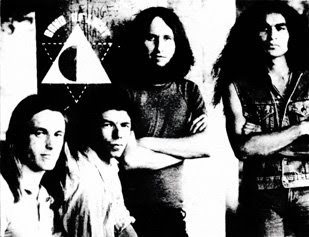 As 1974 arrived, Warner Bros combined the tracks "The Destiny Song", "Moonstruck", "If", and "Free Them From Hunger" (edit) for release as part of the rare 'Band Of Light' EP (Warner Bros. EPW 261). The last two tracks were from their 'Total Union' album, although the version of "Free Them From Hunger" is a heavily edited version (2:45) of the full-length album cut with the second half of the song simply lopped off after Roue's first slide solo. This edited version does not appear on the recent Aztec music release of 'Total Union' even though it features a range of bonus tracks, including the "Destiny Song".
.
The rip was taken from my vinyl copy of the EP which is in excellent condition (320kps). I have also included scans of the covers (although the back cover is only a generic listing of other EP titles) and both of the labels. As mentioned previously, the track "Free Them From Hunger' is the edited version and has never been released on CD.
. 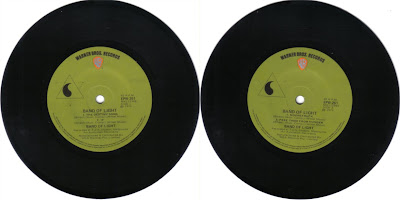