On Australia Day we come together as a nation to celebrate what's great about Australia and being Australian. It's the day to reflect on what we have achieved and what we can be proud of in our great nation. It's the day for us to re-commit to making Australia an even better place for the future. Australia Day, 26 January, is the anniversary of the arrival of the First Fleet of 11 convict ships from Great Britain, and the raising of the Union Jack at Sydney Cove by its commander Captain Arthur Phillip, in 1788
A big part of my upbringing involved being educated in Australian History and topics such as the goldrush days and bushrangers were always favourites of mine.
Therefore, I would like to celebrate Australia Day by posting some music that has connections with the goldrush days / bushrangers. I hope you enjoy these and have a great Australia Day !
.
(Various Australian Artists 1973-75)
. 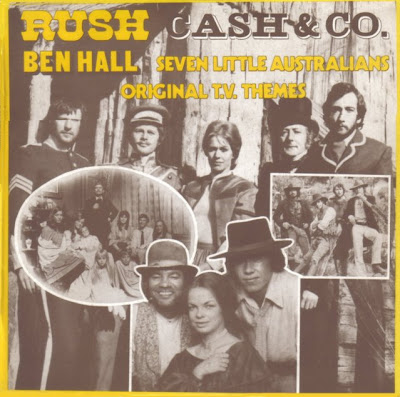 In 1976, Image Records released four popular Australian T.V show themes on an E.P. called "Original T.V. Themes".
The songs include two tracks by Brian May And The ABC. Showband, "Theme from Rush" and the "Theme from Seven Little Australians" and two tracks by The Bushwackers, the "Theme from Cash & Co" and the "Theme from Ben Hall". All four shows were set in the Australian Colonial days and centered on themes such as The Goldrush and Bushrangers.
.
.
Rush
In 1974 the Australian Broadcasting Commission took the initiative and produced the high quality, critically acclaimed series Rush. Two series were made of Rush, and they were effectively two different programmes. Rush was set on the Victorian goldfields in 1852 in the fictitious settlement of Crockers Gully. 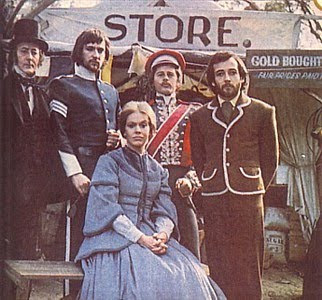 The first series was set in Victoria during the gold rush of the 1850's, and was produced in Melbourne and filmed in black and white. A second series went to air two years later, and the period and location was changed to the 1860's in New South Wales. This time it was produced in Sydney, filmed in colour and featured an almost entirely new cast line-up - the only character carried over from the original was that of Sergeant McKellar, played by John Waters.
I have wonderful memories of watching this TV show (both series) and for this reason alone I purchased the EP featured here. I was a big fan of John Waters (and his character who sported a distinctive scar on his left cheek) and followed his acting career thereafter (ie. Breaker Morant, Jesus Christ Superstar). Of course the soundtrack theme was also very catchy and well suited to the colonial setting.
Robert McKellar was the Crockers Gully Police Sergeant, who had a rather colourful past. McKellar was in the Army in England, until he shot a Sergeant with whose wife he was having an affair, and was subsequently transported to Australia as a convict. He was released on a ticket-of-leave after four years and joined the Victoria Police. McKellar is subordinate to Gold Commissioner Fitzalan, and disagrees with Fitzalan's administration of the law. McKellar identifies with the miners and their problems, and was often at loggerheads with Fitzalan - but first and foremost he was a policeman and would do his duty.
. 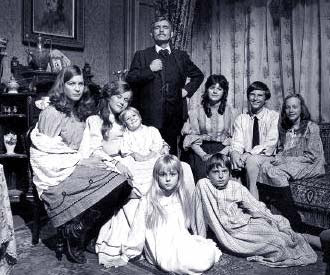 Seven Little Australians
Australian mini-series produced by the ABC, Australian Film Development Corporation, Ethel Turner Productions. It aired in 1973 (10 episodes) and featured Leonard Teal as Captain John Woolcot and Ruth Cracknel as Martha
Based on Ethel Turner's classic children's novel, this award-winning mini-series is about a family of seven children set in 1880s Australia. The father of this lively brood is the dashing Captain John Woolcot, and he would like to run his household with army discipline, but is no match for his seven mischievous and fun-loving children. The war of wills between the Captain and his troop of independent-minded sons and daughters is tempered by the gentle guidance of Esther, his wife, and the children's kindly step-mother.
. 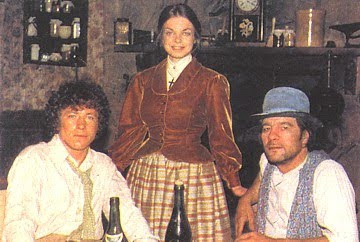 Cash & Co
The gold rush days of the 1850’s were a significant part of Australia’s history, yet the subject was not treated in a television series until 1974. The ABC’s Rush was the first series of any note to deal with the period, and was closely followed by Homestead Film’s production of Cash & Co.
Unlike Rush, Cash & Co was conceived purely as an escapist adventure series. Although the stories are based on fact, they make no attempt to recreate any authentic events. However, much research was done to ensure the settings, costumes and props faithfully recreated the period. 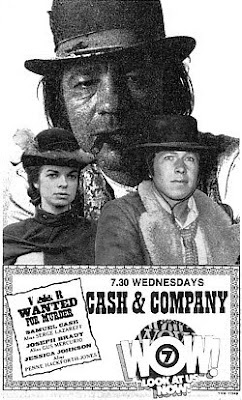 The show’s theme tune and much of the incidental music was written and performed by the 'Bushwhackers And Bullockies Bush Band', later simply known as the 'Bushwackers Band'. The theme tune and some of the incidental music has also appeared on their albums.
Cash & Co reflected the view that not all outlaws were necessarily bad, but were sometimes reasonable men who were persecuted and driven outside the law by the law itself - as administered by ruthless officials, epitomised in this case by the corrupt police officer Lieutenant Keogh. The outlaws, Sam Cash (played by Serge Lazareff) and Joe Brady (played by Gus Mercurio with his gravelly, cigar choked voice), are on the run after being framed for murder by Keogh. In fact, Keogh and his troopers murdered Brady’s partner for not having a mining licence, and Brady would have been next if not for Cash’s timely intervention. The role of Jessica Johnson is played by Penne Hackforth-Jones. Jessica is strong-willed and as competent as any man, and features equally in the action scenes.
. .
Ben Hall 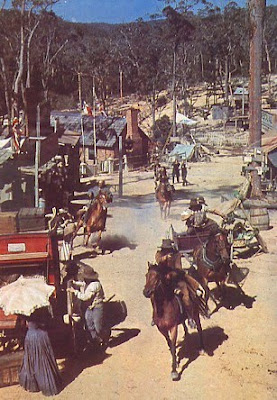 Ben Hall (May 9, 1837 – May 5, 1865) was an Australian bushranger. A bushranger is a thief who roamed the countryside and country towns of Australia, usually escaping on horseback, like a highwayman. Most bushrangers were simply criminals and thieves. Ben Hall is one of the few bushrangers, like Ned Kelly, who were thought of as outlaw heroes.
Ben Hall lived at a time when gold had been discovered in New South Wales and Victoria. Thousands of people went out to the places where gold had been discovered to seek their fortunes (hoping to get rich). Like many bushrangers, Ben Hall and his gang robbed coaches that were carrying gold from the goldfields. Ben Hall was able to avoid being arrested by the police for many years because he had many friends and relatives to help him [extract from wikipedia]
.
Ben Hall was a 1975 historical mini-series produced by the ABC in Sydney as a co-production with the BBC. The Ben Hall set was located at Belrose in Sydney's north and the set formed the township of Wheogo in the mini-series. Strangely enough, there is scant information available for this mini-series and is not even featured on the ABC website. It would seem that this series has been treated as a poor cousin to the the acclaimed Rush mini-series.
.
Track Listing
A1 Theme from "Rush" - Brian May & the ABC Showband
A2 Theme from "Seven Little Australians" - Brian May & the ABC Showband
B1 Theme from "Cash & Co" - The Bushwackers
B2 Theme from "Ben Hall" - The Bushwackers
.
This posting includes rips taken from my mint condition vinyl at 320kps and full album artwork, label scans and select photos taken from each mini-series. Most of the information and photos posted were taken from Classic Australian Television
.
Original TV Themes Link (23Mb) REPOST
.
Posted by AussieRock at 1:10 AM