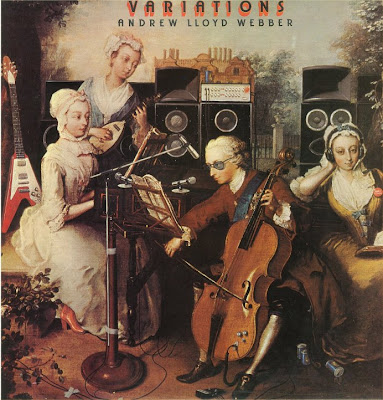 Andrew Lloyd Webber has achieved great popular success in musical theatre, and has been referred to as "the most commercially successful composer in history." Several of his musicals have run for more than a decade both in the West End and on Broadway. He has composed 13 musicals, a song cycle, a set of variations, two film scores, and a Latin Requiem Mass. He has also gained a number of honours, including a knighthood in 1992, followed by a peerage from the British Government for services to Music, seven Tony Awards, three Grammy Awards, an Academy Award, fourteen Ivor Novello Awards, seven Olivier Awards, a Golden Globe Award, and the Kennedy Center Honors in 2006. Several of his songs, notably "The Music of the Night" from The Phantom of the Opera, "I Don't Know How to Love Him" from Jesus Christ Superstar, "Don't Cry for Me, Argentina" from Evita, "Any Dream Will Do" from "Joseph and the Amazing Technicolor Dreamcoat" and "Memory" from Cats have been widely recorded and were hits outside of their parent musicals. [extract from wikipedia]

Variations is a Classical/Rock fusion album by Andrew Lloyd Webber.
Andrew Lloyd Webber and Julian Lloyd Webber were always very close, but their two different careers (a rock musical composer and a classical cellist) meant that a collaboration seemed unlikely. It wasn't until Julian beat his brother in a bet on a Leyton Orient football match that Andrew was forced to write his cello work.
As his subject, Andrew chose the theme of Paganini's 24th caprice and added 23 variations for cello and rock band. The work premiered at the 1977 Sydmonton Festival with rock band Colosseum II, featuring Gary Moore, being joined by Barbara Thompson (Sax, Flute), Rod Argent, (Piano, Synthesizer, Keyboards) and Julian Lloyd Webber (Cello). It was subsequently rearranged and recorded in 1978. It reached number 2 in the album charts.
The work was used in Song and Dance and David Cullen made an arrangement of the work for cello and orchestra. The opening and closing variations have been rewritten for cello and piano, the latter of which Julian often uses as an encore, due to its amusing glissando down to Bottom A (forcing a mid piece re-tune) to conclude.
The opening theme is used as the theme to 'The South Bank Show' and "Variation 5" became "Unexpected Song" with lyrics by Don Black. "Variation 18" is an instrumental version of the title song from the first Rice/Webber musical "The Likes of Us".
. The reason why I was drawn to this album was two fold. Firstly, I had read somewhere that Gary Moore (ex Thin Lizzy) played guitar on the album and I was interested to hear what he would sound like in a different context.
Secondly, when I saw the album cover curiosity had certainly got the better of me, as I am quiet partial to Classical Music (believe it or not), through my own musical background in piano and flute. I didn't really know who Andrew Lloyd Webber was at the time, but I was certainly familiar with some of his famous musicals.
I gotta say, I really love this modern take on a favourite amongst the classic scene. Even if you are not big on Classical music, there is enough 'rock fusion' and 'groovy vibes' on this LP to keep you happy. 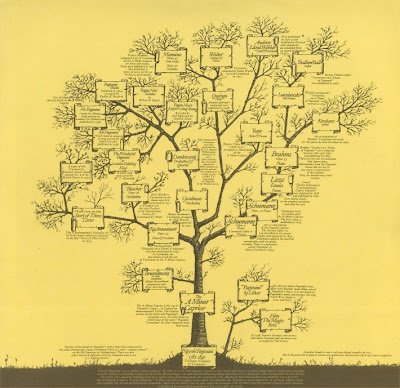