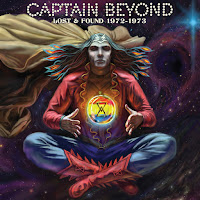 Wow!… That is what I have to say. Wow!
A collector's dream come true - vintage demo tracks, never heard before, from the space rock super group Captain Beyond including one unreleased song not found anywhere else!
The first Captain Beyond record is an all time classic and this companion release is a great find.
The A side of this album opens with the totally unreleased and cool song called "Uranus" from the first recording sessions. Then you have a 20 min suite, which made up bands first demo, in a more raw in your face version. Side B starts with "Icarus" which appeared on the 3rd album but this is the demo version with Rod Evans on vocals! Then you have a more raw and aggressive version of "Raging River of Fear" that includes a slide solo not on the original version. The companion album ends with "Dancing Madly Backwards".  This is great stuff. The LP has a nice printed inner sleeve with the whole story and a lot of old pictures of the band and you get a card with the number of your LP. Limited to 1000 copies on vinyl but also available on CD [extract from writingaboutmusic]
. 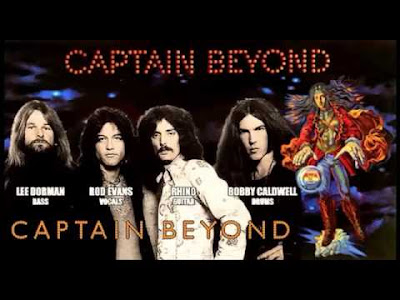 Liner Notes:
The Music In This Collection Has Changed The World

If you're already a fan of Captain Beyond, you've been waiting to hear this for more than four decades. And if you're new to the band, then congratulations! You're not simply getting in on the ground floor of one of the early seventies' most legendary bands, you are hearing the self-same tape that so impressed the Allman Brothers when they first heard it that they demanded their manager sign its makers on the spot.

Not that Captain Beyond were ever likely to have any shortage of suitors. "'Supergroup" is not a particularly fashionable term these day - too many not-so-super groups have hopelessly devalued it over the years. Back in the early 1970s, though, it felt like every one-was waiting to be wowed by the next one, and Captain Beyond met every expectation.

Vocalist Rod Evans had been the frontman in the original Deep Purple, leading them through the first three albums that made the rest of I the band's career even feasible. Bassist Lee Dorman and guitarist Larry "Rhino" Reinhardt flew with the almighty Iron Butterfly, and drummer Bobby Caldwell had most recently been sighted with the Johnny Winter Group, at a lime when— as Bobby puts it— "we were one of the biggest concert groups in the world, maybe not in terms of selling records, but live, we were huge." 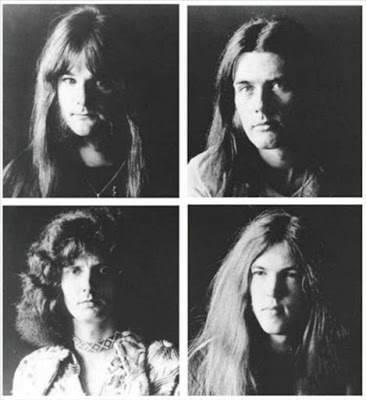 He wasn't even sure whether he wanted to join a new group. When a telegram arrived from Dorman and Reinhardt, "saying Iron Butterfly is about to cave in and they'd like to do something with me" he simply laid it to one side.

"I wasn't about to quit what I was doing because it was as big as you could get. But then Johnny decided all of a sudden that he was going to take some time off, and I thought 'well, how long is this going to be? And nobody could give us an answer, so I went out to meet Lee and Rhino, and they had already contacted Rod and that's what happened. We were starting to put this band together"

What you are holding in your hand now is the story of what happened next.

"All of these tapes have been in my possession for a long lime, and for the Captain Beyond die-hard fans, they've never heard any of this before," says Bobby of the songs that make up this collection. I've been sitting on these songs for many years, and they go right back to the start, and the original demo that we made out at Rhino's house when we first got together.
"We recorded this twenty minute demo at Rhino's house on a four track Scully machine. He had this whole set up in his house, and we recorded this twenty minutes worth of music, which was the whole 'I Can't Feel Nothing" grouping of songs. "I don't call it a medley or a suite or anything, but it's something. It's a group of songs— 'I Can't Feel Nothing Part1', 'As the Moon Speaks', 'Astral Lady', 'As the Moon Speaks {Return)' and 'I Can't Feel Nothing. Part2'— which we recorded, and this was the demo that we were going to use to get a deal.
Nobody's realty heard it. We took it and shopped it around to a number of people, but then, one fateful evening, I went over to meet with Duane and Greg Allman while they were in town, and I played it for them. Rhino and Lee were with me, and Duane and Greg flipped out. They totally freaked out.

"Duane, he just jumped out of his chair, 'man I've got to call Phil' — Phil Walden, the Allmans' manager—and he called him from the hotel that night, 'You've got to hear these people and this music.' In Duane's words, it was something along the lines of 'unbelievable".

Walden was already aware of Bobby and Rhino; in fact, Bobby describes himself as the Allmans' "third noisemaker," occasionally sitting in on shows to add further drums and percussion to the group's already formidable line-up.

"He knew me because I'd been playing with the Allman Brothers when I was with Johnny Winter, and he knew Rhino because he'd been hanging out with them in Macon. So he asked us to come down the next day and meet with him, then he signed us to his label, Capricorn, and it became this big energy vortex around everything. And that's what happened on that."
Twice the length of the version that would be recorded for Captain Beyond's self-titled debut album in 1972, "I Can't Feel Nothing" is the sound of the band at its most ambitious, and most impressive. In fact, across the board, Bobby admits, "the demos, I believe, are better than what we did on the album." And to prove "I Can't Feel Nothing"" was no fluke, he directs your ears to 'Raging River of Fear'. 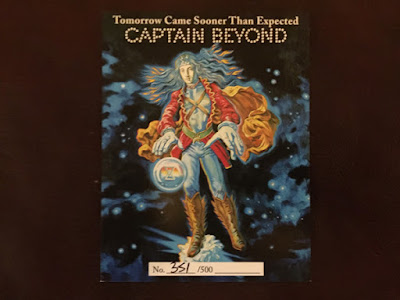 "Raging River of Fear" is another demo that is a burning version, a blistering version. And it's very different to the one that's on our first album. If you listen, Rhino is playing slide guitar in the song, and that's not a part of the version we eventually recorded."

Released in 1972, Captain Beyond's self titled debut album remains one of the foundation stones of American prog, pointing out directions that the likes of Journey and Rush would later transform into FM radio gold but which, at this time, truly were the province of the British underground. Captain Beyond was the sound of the music crossing the ocean and firmly embedding itself into the American heartland. Who knows what might have happened had the band stayed together?

But the original Captain Beyond line-up fell apart following the first album, as Bobby headed off to join Rick Derringer. He rejoined for the tour that followed the release of the band's second album, 'Sufficiently Breathless', but then Rod Evans departed, and it would be four more years before the Captain returned for one final LP, 'Dawn Explosion'. 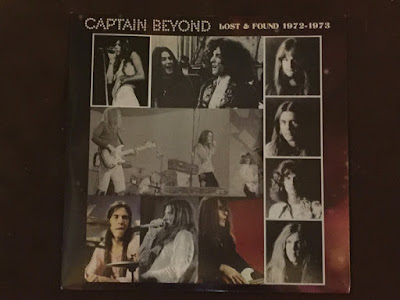 That's where this collection's, opening number, "Icarus" originally appeared. But, says Bobby, the song itself had been around for a long time before then, and here's the proof. "This is the original "Icarus" that we recorded, at the beginning, with Rod singing. And nobody has heard it.

"Yes, we later recorded it later on, when we were with Warners and Rod had left the band. Willy Daffern was the new singer. But this is the original version, the original demo, and it's an outstanding vocal. Rod wrote the lyrics to it and it's done very well."

So far as Bobby is concerned, however, the album's real find is a song that "nobody has heard outside of the band, and that's "Uranus Expressway". The other songs have been heard in different versions on record, but this is one that no-one has ever heard, period." He doesn't recall why it was never used, probably they just ran out of time on the records. But here it is in all its glory and it's magnificent.

Bobby himself is both proud, and thrilled, that these performances are finally seeing the light of day. Demos, after all, are rarely made for anybody's ears but the band and their record company; few musicians ever imagined a day when they might be asked to release them in their own right. 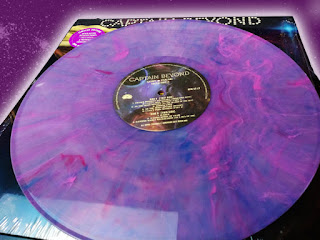 "But I had to play these for myself, just to listen to them, and they sound so great, especially as demos. The historic part of it is that they've never been heard, but musically, they hold up so well."

"Songs always turn out different from one lime to another, depending on all sorts of circumstances. But there's places on these recordings that I think are — and I'm the worst critic Of anything I do — they're really quite good and a lot better, in some places, than the album versions".

Listen, and you might well find yourself agreeing with him. — by Dave Thompson
.
This post consists of MP3's (320kps) ripped from a CD copy (thanks to Yeni Metin Belgesi) and includes full album artwork for both vinyl & CD releases.  From what I can gather, vinyl releases are in either red or purple - very cool indeed.
I've said it before in previous Captain Beyond posts that this group blew me away when I first heard their debut album, and to now hear these demo's and unheard material from their 1972 era has left me, well, speechless. Absolutely mind blowing folks. I think I've died and gone to heaven !
.
Tracklist 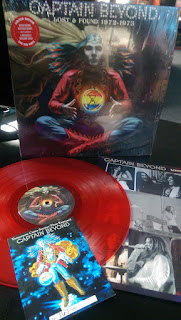 Posted by AussieRock at 9:38 PM