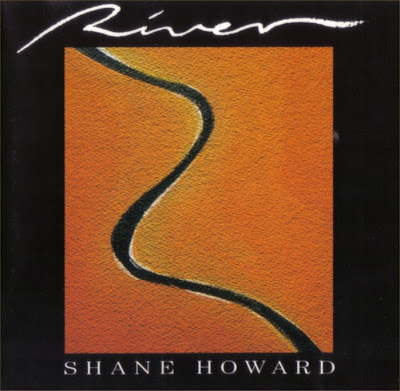 Shane Howard is a well respected and influential Australian songwriter, both as a solo artist and from his early years as part of the band Goanna. His songs have been recorded by artists as diverse as Ireland’s Mary Black and Australia’s John Farnham and Troy Cassar-Daley. He has devoted much of his working life to working with Aboriginal musicians, as well as touring Ireland and forging Irish-Australian connections. He has worked as music producer for numerous artists, including the Pigram Brothers, Street Warriors, Mary Black and Archie Roach, as well as the Jimmy Chi musical Corrugation Road. A recipient of an Australia Council Fellowship, Shane is also patron of the Spirit of Eureka Committee and a founding member of the Tarerer Gunditj Project Association, (a group of Aboriginal and non-Aboriginal people committed to cultural and environmental restoration in southwest Victoria). [extract from blackarmband]
In 1976, while enrolled at the Geelong Teachers College, Shane started recruiting people for a new folk-rock band. Originally known as the 'Ectoplasmic Manifestation', the group later shortened the name to 'The Goanna Band', their songlists filled with Bob Dylan and Little Feat covers. The band performed up and down the Great Ocean Road, playing pubs and hotels and any place with a stage and an audience. In May 1980, on a doctor's advice, Shane took a month's hiatus from 'The Goanna Band' and travelled to Ayers Rock (Uluru).
In his own words:
. 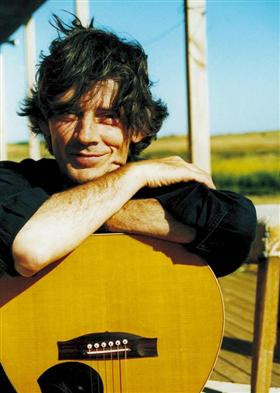 "I had come from this beautiful inspiring aboriginal tradition, and the contrast between that and this harsh reality of conflict with western world 300 kilometers away, it marked me for all time. I saw an incredible injustice that needed to be dealt with. And also, I realized that this country that I grew up in, that I thought was my country, it wasn't. I had to reassess my whole relationship with the land and the landscape, and understand that we had come from somewhere else, and we had disempowered a whole race of people when we arrived" —Shane Howard
.
On the way back to Melbourne and a reunion with the group (who shortened their name to simply 'Goanna'), Howard began working on a song called "Stand Yr Ground." But a new set of lyrics were pouring out of his pen - lyrics that didn't match the folk-rock music that had been Goanna's stock in trade. He put "Stand Yr Ground" aside, and began developing a different, rougher melody for the new lyrics. By the time Howard arrived back in Melbourne, he had a new song for the group to record, based upon his experiences at Uluru, "Solid Rock." The Goanna Band later became the opening act on James Taylor's Australian tour, which eventually led to a record deal with WEA (Warner Bros.' Australian affiliate) in February, 1982.
In 1982 Shane's massive anthem, "Solid Rock" from the album 'Spirit of Place', recorded with his band, Goanna, was one of the first mainstream pop songs to broach the subject of Aboriginal rights in Australia.

In 1987, Shane returned to the pop world, this time as a solo artist. His first solo album, Back to the Track, a self-produced record with his own Big Heart Band, was a classic collection of Australian music, both white and aboriginal.
BMG Records signed Shane as a solo recording artist and released his next album, River, in 1990, which in my opinion is his best solo release.
In 1993, Shane made his first tour to Ireland, and Irish star Mary Black's recording of Shane's song, "Flesh & Blood" was a Top 5 hit there.
Shane Howard has spent many years working, writing, performing, touring with, and producing Aboriginal musicians throughout Australia and in 2000 he was awarded a Fellowship by the Music Fund of the Australia Council in acknowledgement of his contribution to Australian musical life. [extract from wikipedia]
For more information about Shane Howard, see his website where you can read about his latest release 'Goanna Dreaming'.
. 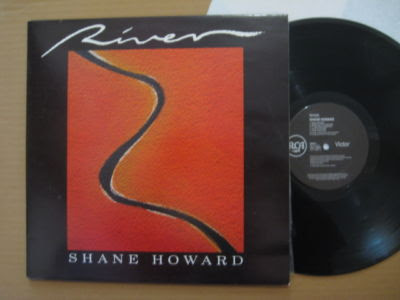 The 'River' rip was taken from CD (no longer available) at 320kps and includes full album artwork and lyric sheet. As a bonus, I have included the single "Let The Franklin Flow" which was recorded by Shane under the alias ' Gordon Franklin and the Wilderness Ensemble' in 1983 (ripped from vinyl). My favourite tracks on this album are Walk On Fire, If The Well Runs Dry and Love Is A River, but I can highly recommend the whole album for those of you who enjoyed the music of Goanna, back in the 70's.
.
Track Listing
01 - Walk On Fire
02 - Heart Of The Country
03 - If The Well Runs Dry
04 - Love Is a River
05 - Here And Now
06 - No Giving Up
07 - Gabrielle
08 - Without You
09 - Land Of Broken Hearts
10 - Your Love
11 - Let The Franklin Flow (Bonus track)
.
Band Members:
Shane Howard (Guitar, Keyboards and Lead Vocals)
Jo Imbrol (Bass)
Mark Punch (Guitar, Vocals)
Mark Moffatt (Guitar)
Kirk Lange (Slide Guitar)
Marcia Howard (Keyboards, Vocals)
Ricky Fataar (Drums
Tim Reeves (Percussion)
.
Shane Howard Link (99Mb) New Link 05/05/2020
.
Posted by AussieRock at 5:39 PM