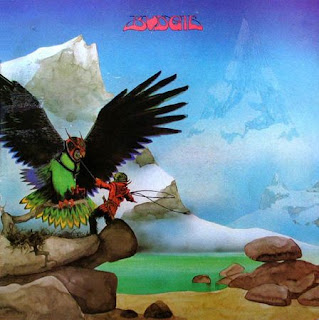 OK - let's cut to the chase. Budgie are my favourite English band and this album is my all time favourite LP by far. I first discovered Budgie while skimming through the records racks at my local K-Mart store back in the early 70's. It was the eye catching album cover (by Rodger Dean) that first caught my attention, and then the photos of the band members found in the inner LP gatefold - in particular the energy and drive depicted by drummer Ray Phillips. I took a punt and made my purchase, then quickly made my way home. Headphones on and the volume cranked up high on my Onkyo stereo, I placed the needle on Side A of the record and layed back on my bed, eyes closed. After a short introductory narative by Sir Winston Churchill, Breadfan's guitar intro came bursting out into my left ear and screamed across to my right, and it was like being hit by a train. The magic of Budgie's music had suddenly entered by life, and I've never been the same since!
. 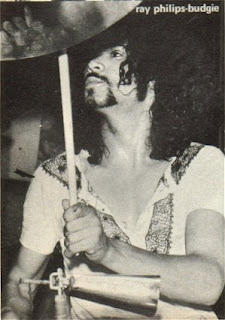 Originally released in 1973 on MCA, Budgie's third record, Never Turn Your Back on a Friend, was another slab of the band's signature plodding metal sound. Although they were never more than a cult band in the Australia, Budgie's popularity flourished in their native England, yet their influence was eventually felt by many notable American bands (Metallica, Soundgarden, Alice in Chains). The mammoth riffs created by guitarist Tony Bourge are definitely on par with Black Sabbath riff master Tony Iommi, while vocalist/bassist Burke Shelley's voice is a cross between David Surkamp (Pavlov's Dog) and early Geddy Lee (Rush). Drummers came and went (this would be original member Ray Phillips' last recording), but you'd never guess there would be a defection soon, judging from the tightness and interplay displayed on this album. One of their best-known tracks, "Breadfan" (later covered by Metallica), kicks off the album with rapid, almost speed metal, however, Budgie deliver it all in true hard rock style, pacing the album nicely with two acoustic songs to break up the heavy metal bluster. I'll even forgive the one minute thirty eight second drum solo at the beginning of the fourth song as it's so short, sharp and heavy.

It's the final epic "Parents", which is a supersonic power rock ballad that elevates you through the stratosphere. A song very similar in structure to "Led Zeppelins" "Stairway To Heaven", Burke Shelley sings of the torment of turning from child to parent, hitting the heart fair and square with Mott who has a few puppies of his own. This song alone makes this album worth hunting down. 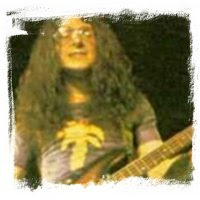 The parents tell their children, "Wash your hands & up to bed, mind your manners or you're dead, watch the cars `cos you got school on Monday". Haven't all parents at sometimes spoken in these jumbled spurts of love and warning? The group also became notorious for coming up with profound (yet lighthearted) song titles, such as "In the Grip of a Tyrefitter's Hand" and "You're the Biggest Thing Since Powdered Milk."
Though they never reached the dizzy heights of success like Deep Purple, Black Sabbath or Cream; Budgie did leave behind 10 hard rocking studio albums. Really, this is a million heavy metal dreams from their wild concerts attended by their substantial live following.

Recommended to anyone who finds solace in the metal forefathers (Sabbath, Zeppelin, Hendrix, etc.).
The rip included here was taken from Vinyl at 320kps and includes album artwork. This album should be played at full volume, as any other volume level is unacceptable !
Please note that this release is no longer available from Budgie's website (Out Of Print)
.
Track Listing
01 Breadfan
02 Baby Please Don't Go 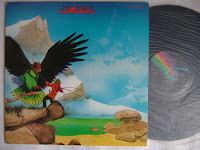 Never Turn Your back On A Friend (142 Mb)
.
Note: It has been brought to my attention by a blog follower that the Australian vinyl pressing of this album features the introductory narrative spoken by Sir Winston Churchill at the start of Breadfan, which is not included on any of the CD remasters.
Therefore, I am making this track available to Budgie fans who have the CD but have not heard this version before.   For me, the track would be not be the same without it !
.
Breadfan.MP3
.
Breadfan.FLAC
.
Posted by AussieRock at 6:54 PM