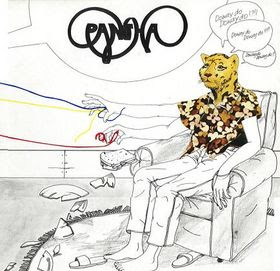 Along with Pirana (another Sydney band in the early 1970's), Pantha were influenced by the Santana hall mark of using rock over a Latin beat. Their music was an unusual hybrid of rock, jazz, Latin American, West Indian and even occasional Zappa-like tracks.
Even though these guys were obviously channeling the Osibisa/Santana thing, they were doing it with immense fun. Exuberant frontman Paul Curtis was a good vocalist and flamboyant percussionist and other members, apart from Jack Wilson on bass, included sensational guitarist Roger Pell (ex-Kush), fluid keyboard player Danny Bourne (who later joined Mick Fettes, ex-Madder Lake, and Thank God You're Here's Shane Bourne [brother?] in Bandicoot), and, later, drummer Barry Cram (who went on to play with hard rock bands Avalanche and Contraband). Conga player Peter Lee who later switched to drums was not the same Peter Lee who was drummer 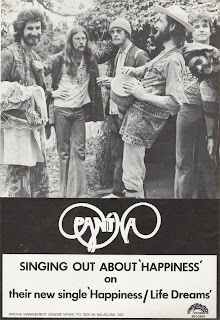 with similarly funky band Stylus.
The band had one line-up change in their time together, with Barry Cram replacing Adriane Paine on drums and Jose McLaughlin replacing Dannie Bourne on keyboards.
Pantha supported the Doobie Brothers on their "Stampede Across Australia" Tour at Festival Hall, Melbourne in 1976.
Pantha only released three singles and one album (on the Wizard label) during their short lifespan and were recorded live at the DoubleJay studio concert on April 12th, 1977, with a track entitled 'Rushcutter Bay Heartbeat Reggae'
Their album was recorded at Trafalgar Studios, Sydney and was produced by Roger Pell and John Sayers.
My favourite track would have to be 'Bar Diddlyah Bordraux' as it sounds so much like Osibisa, who I also enjoy.
This Rip was taken from vinyl at 320kps and includes full album artwork (thanks to Midoztouch). For your enjoyment, I have also included a live track from their JJ concert in 1977 "Rushcutter Bay Heartbeat Reggae", and a later single "Happiness"/"Life Dreams" along with its accompanying publicity poster. 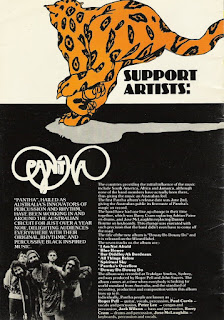