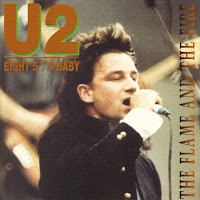 What better way to celebrate New Year's Day, than to post a Concert by U2, who had a mega hit with a song of the same name back in 1983. It was released as the lead single from the album "War." It was U2’s first international hit and altered their career trajectory forever. "New Year's Day" stormed the United Kingdom charts, hitting number 10 and was the band's first song to be featured on the United States Billboard Hot 100. Rolling Stone magazine also featured it among its "500 Greatest Songs of All Time." 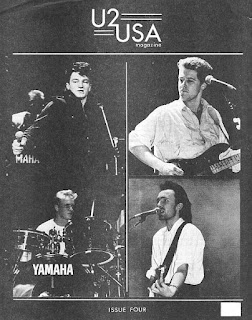 It is believed that "New Year’s Day" initially started out as a love song, dedicated to Bono’s high-school sweetheart, Ali, whom he had recently married, but this changed.
Bono told the Rolling Stone he made the lyrics up on the spot, as he often does. He said, "We improvise, and the things that came out; I let them come out."
"I must have been thinking about Lech Walesa being interned. Then, when we'd recorded the song, they announced that martial law would be lifted in Poland on New Year's Day. Incredible."

"New Year's Day" is U2's seventh most frequently performed live song, with the Edge switching back and forth between piano and guitar during the song. It has been a standard on every U2 tour since its debut on 1 December 1982 at the first  show of the War Tour's Pre-Tour, however the recent Innocence + Experience tour only featured three performances of the song for the entire tour. During the 1980s, the Edge used a Fender Stratocaster to perform this song, along with a Yamaha CP70 electric grand piano. 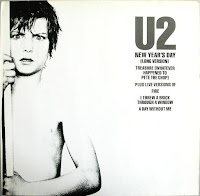 Here’s the beginning of the song:

"All is quiet on New Year's Day
A world in white gets underway
I want to be with you
Be with you night and day
Nothing changes on New Year's Day
On New Year's Day.
I will be with you again
As the song continues, it further documents the growing movement of people clamoring for freedom and justice throughout Eastern Europe in the early 1980s.
"Under a blood red sky
A crowd has gathered in black and white
Arms entwined, the chosen few
The newspapers say it's true
It's true
And we can break through
Though torn in two
We can be one."

The themes of understanding in a time of global unrest were a focal point for the album "War," the title of which was inspired by the various conflicts around the world at the time. "War" raced up the charts and became a huge commercial success, in the process knocking Michael Jackson's "Thriller" from the top of the charts. It became U2's first number-one album in the UK.

So, next time you hear "New Year’s Day" being played in a bar around the end of the year, you’ll know the real story behind the song. [extract from irishcentral.com.  Thanks to Kate Hickey]
. 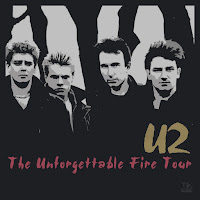 Thursday's show got off to a good start with a performance by the Red Rockers, who share with U2 a sense of social commitment. The band is perhaps best known for their updated version of Barry McGuire's 1965 hit, "Eve of Destruction," a  highlight of the Rockers' entertaining set.

The last time Irish band U2 played Chicago was a scant three months ago, when the group headlined a show at the Aragon Ballroom. Thursday night, the quartet returned to Chicago, this time for the first of two concerts at the vastly larger Pavilion. This is a band that has come a long way in a relatively short time, in part due to the success of their recent hit single, "(Pride) In the Name of Love," and a current million-selling album, "The Unforgettable Fire." 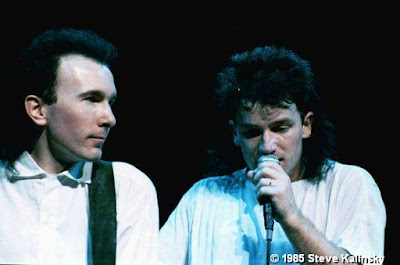 U2 is suddenly hot--and its creative fire gives every evidence of being the enduring kind. A band to whom music and its potential as a medium for social message clearly matter, the group is known for its positive spirit and life-affirming stance. And while U2 is reluctant to categorize themselves as a "Christian band," their lyrics frequently reflect their strong religious beliefs and a moving version of "Amazing Grace" now figures in the band's shows. So do several anti-drug songs, at least one number about Northern Ireland's ongoing religious wars ("Sunday Bloody Sunday") and, in the case of the single, "Pride," a tribute to civil rights leader Martin Luther King. Noble sentiment, of course, can take a band only so far. Too much of it, in fact, can be a real turnoff if things get too preachy. But U2 does not preach. 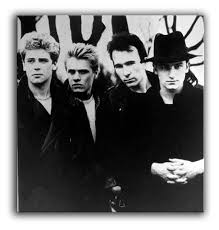 The messages are there, both implicit and explicit, an integral part of the band's approach. But it's U2's guitar-driven sound that is initially appealing--soaring, anthemic rock and roll that is both distinctive and exhilarating. Lead singer Paul "Bono Vox" Hewson tends to use his voice as an instrument, his keening, evocative vocals riding atop the thick waves of sound turned out by guitarist Dave "The Edge" Evans, who occasionally doubles on keyboards, and a rhythm section composed of drummer Larry Mullen and bassist Adam Clayton. The results are both dance-able and downright inspirational. 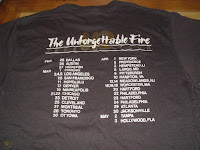 Staging for the band's shows this time around is spare and clean, with occasional special lighting about all there is in the way of theatrical effects. Bono, a small, intense figure in black leather pants, black shirt and black boots, possesses a certain brooding charm, though refreshingly enough neither he nor other members of the band attempt to capitalize on any inherent sexiness; a female fan who made it onto the stage was sent on her way with a friendly, brotherly hug. 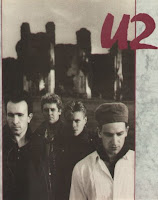 (Earlier, Bono helped a surprised television cameraman up on stage so that he could film the audience.) For those who find the values espoused by many of today's rock groups to be shallow and spiritually impoverished, U2 provides a powerful alternative.

This post consists of MP3's (320) ripped from my rare Italian Bootleg CD (released by Kiss The Stone records, this is CD1 from a 3CD set) and includes full album artwork and other ''Tour' related photos. (Alt bootleg release by Arriba shown below).
The recording itself is soundboard quality, although the mixing is a little inconsistent with varying volume levels. Irrespective, this is a great concert and highlight tracks are "New Year's Day" and the rare inclusion of "Knocking On Heaven's Door" as an encore.
.
Setlist 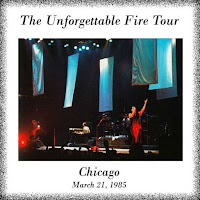