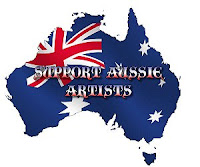 On Australia Day we come together as a nation to celebrate what's great about Australia and being Australian. It's the day to reflect on what we have achieved and what we can be proud of in our great nation. It's the day for us to re-commit to making Australia an even better place for the future. Australia Day, 26 January, is the anniversary of the arrival of the First Fleet of 11 convict ships from Great Britain, and the raising of the Union Jack at Sydney Cove by its commander Captain Arthur Phillip, in 1788.

With respect to Australia's Music Industry, we can be very proud of the contributions that our Aussie Musos have made in entertaining people from every nation with music and song, with many of our artists achieving world wide acclaim. Therefore, I would like to celebrate this Australia Day by posting a lost tribute track recorded by one of our country's finest and most respected artist more the 40 years ago. None other than Billy Thorpe (and his Aztecs). I hope you enjoy it and have a great Australia Day !
.
Billy Thorpe - Sunshine Friends
Songwriters often say some songs take five minutes to write, while others can take five years to get right.  The late and great Aussie rocker Billy Thorpe and his band the Aztecs toiled away for three weeks on a track which never saw the light of day. Until now.
Original Aztecs rhythm guitarist Tony Barber recalls arguing with Thorpe over a new song they had written. It was called "Sunshine Friends". 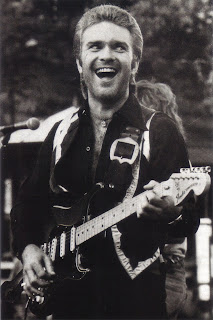 "We were head to head, slogging away, arguing like crazy,'' Barber said. "And believe me, you had not argued until you'd argued with Billy.''
The reason why they were so fired up was because they realised this was not just another song.
It was a song about Australia, which had become home for the two Brits.
"It was a song about country, a place we'd come to as migrants and loved dearly. And we were trying to convey that in the song.
"We just wanted to say, `Thanks Australia'.''

Barber can't exactly remember when the track was recorded, but estimates it is more than 30 years old.
They put the song on a cassette, meaning to do something with it, but as does happen, says Barber, "life takes over''.
Barber and Thorpe went on to form a soft toy company called Sunshine Friends, but the track was buried.

Just a few months ago, Barber says he found the cassette bearing the tune in his shed.
"I was sifting through some stuff and I found it in my fishing bag,'' he said. "Well, where else would you put it?''
Barber approached Thorpe's widow Lynn Thorpe with the idea of releasing the song.
"I said to Lynn, `We should try and get this thing played on Australia Day, it would be nice gesture'.''
The track was then remastered in a studio.

Thorpe had a string of hits in `70s with the Aztecs, but is best known for the song, "Most People I Know Think That I'm Crazy". He died of a heart attack in February 2007.