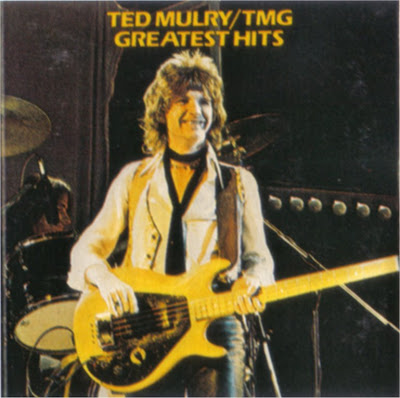 Ted Mulry wasn't a prodigy or a prima donna but he was a true professional -- a talented, hardworking songwriter, bassist, singer, and producer, a great entertainer, a dedicated family man and one of the nicest blokes in the business. He was and still is without question one of the best-loved rock performers of his time in his adopted home country, and he has a special place in the hearts of a generation of Aussie music fans [extract from Milesago]

In October, 1971 Ted Mulry obtained a contract for the release of his records in England on the Blue Mountain label (a subsidiary of Island Records). However, the company's executives thought his name was too dull so they changed it to Steve Ryder. Ted's records were unsuccessful in England and he resorted to his real name for Australian releases.

When the Ted Mulry gang formed in 1972, Mulry was already a well-known pop balladeer. After getting tired of being backed by different backing bands, in 1972 he switched from acoustic guitar to bass and formed his own band, “Ted Mulry 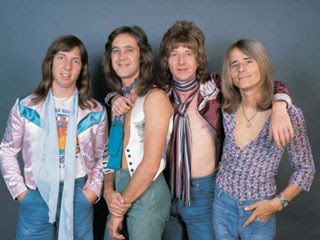 Gang”, with guitarist Les Hall & drummer Herman Kovacs. The band signed a recording deal with Albert Records in 1974 and released their first album “Here We Are”. Guitarist Gary Dixon joined around this time to complete the foursome. With his own band behind him he adopted a more hard rockin’ style.
Their first major hit, and the biggest of their career was the 1975 single "Jump In My Car" which spent 5 weeks at number one on the Australian singles charts. Over the next few years they achieved a string of hit singles including a rocked up version of the old jazz song,"Darktown Strutter’s Ball", "Crazy", "Jamaica Rum" and "My Little Girl". Many of TMG’s songs, including "Jump In My Car", were co-written with guitarist Les Hall. By the early 1980s their chart success had ended but they remained popular performers on the Australian pub circuit throughout the decade. 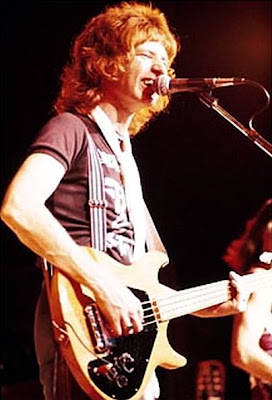 In early 2001 Ted Mulry announced that he had been diagnosed with terminal brain cancer. A series of tribute concerts organised shortly before his death (Sept 1, 2001), 'Gimme Ted', brought together an assortment of Australian rock acts of his era to pay tribute to him. These included a reunion of his band Ted Mulry Gang with his brother Steve Mulry standing in for him as lead vocalist [extract from Wikipedia]

Unfortunately, Ted's recorded legacy is rather poorly served by his former labels at present. Ted Mulry and TMG tracks have been included on many anthologies over the years, and some of the Albert albums were re-issued on CD but none are currently in print, as far as we know. There is no comprehensive anthology, not even a decent "Best Of' package of the Albert Productions recordings, which is a great shame considering the many hits they provided for the label.

The liquidation of Festival Mushroom Records in 2005 and the subsequent sale of its recording archive to the Warner Music group has placed the Mushroom era material in limbo, a fate it shares with so many other great Australian recordings made by those two companies over the last 50 years. 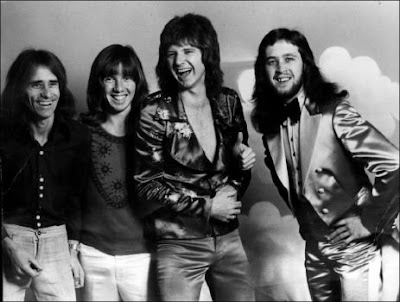 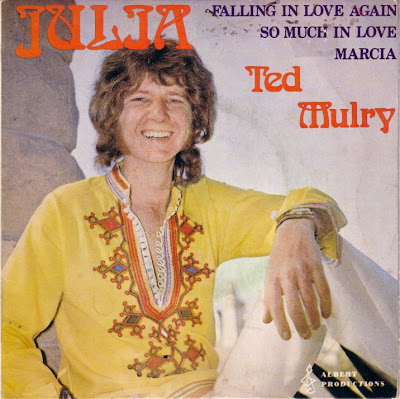 Ted Mulry/TMG Greatest Hits (Alberts)
Not for nothing is this album titled Ted Mulry/TMG. Young Ted used to be a balladeer before linking with the remnants of Newcastle group Velvet Underground (no, not the Lou Reed Velvet Underground - the Newcastle V.U.)
Turns out Newcastle has been a fortuitous town for Mulry.
"Jump In My Car" looked like being just another drably recorded track on a drably recorded album before Newcastle radio station 2NX recognised there was a hit song trying to bounce out of the drek. Final result: No. 1 all around the country and enough impetus to launch the next single "Darktown Strutters Ball" up the charts. Other hits followed - "Crazy", "Steppin ' Out" were more of the same pop boogie topped off with moderate melodies, and only "Jamaica Rum", a low langorous calypso with a nice Ray Davies/Kinks ambiance, showed TMG could step out of the low-profile boogie rut. It was also one of their least successful singles and so, for the next album, they changed record companies, and shot back to boogie.
But that's another story. Greatest Hits is all about early solo Ted Mulry as well as the early stages of TMG.

Ted Mulry solo existed in the early '70's. He had two hits "Julia" and "Falling In Love Again". At that stage of the game he was billed as a singer/songwriter who'd been discovered driving a tractor in Newcastle. He wrote very Beatle-ish stuff. "Julia" and "Louisa" are very Paul McCartney-esque. And "Memories" sounds like the sort of violin-saturated flowerpot Paul used to write for Peter and Gordon. "Falling In Love Again", even though it was written by Vanda and Young, just about sums up Ted's solo era - a distinctive melody, bouncy backing, and strong lyrical attention to the gooey variety of lerv.
If you think it's strange he, Ted, should have gone from this to being a Young Australian's Version Of Status Quo, so do I. Not that both periods haven't produced highly enjoyable pop moments, they have. But, as a balladeer he could have done with some of the rhythmical guts that emerged circa "Darktown Strutter's Ball". And TMG as a group could certainly use some of the fetching melodies he was purveying as a solo (Reviewed by Anthony O'Grady)
. 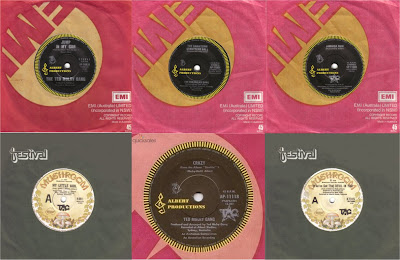 This post consists of FLACs and mp3's (320kps) ripped from my cassette tape and includes limited artwork. The first side of this album is dedicated to Ted's solo work while the flip side features material released by the Ted Mulry Gang (TMG). I have also taken the liberty of including 2 additional TMG singles that were not included in this compilation because of their post 1977 release date - "My Little Girl" and "You've Got The Devil In You".
I have also included scans of the RAM album review and the TMG tour poster.
.
Track Listing[Solo]01 - Julia02 - Memories 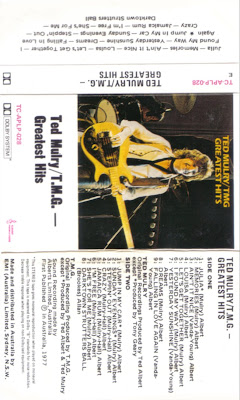