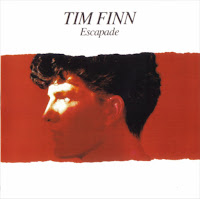 The life, much like the music, of Tim Finn has had both its ups and downs. Born in 1952 in New Zealand to working class parents Tim Finn started his passion for music at a young age.

He formed his first group 'Split Enz' in 1972, with a bunch of his university buddies. Split Enz were heavily influenced by a popular Australian band of the time, 'Skyhooks', and the crazy costumes, silly songs and other shenanigans were clearly taken directly from Skyhooks, which drew some nasty comparisons by critics. Tim originally planned on calling his band 'Split Ends' but changed it to the 'Enz' to point out where they were from, New Zealand.

Tim was the lead singer for Split Enz, and while they had minor hits in both Australia and New Zealand, they did not find the huge success they wanted until they recruited Tim's younger brother Neil, which made Tim feel both happy and slightly jealous of Neil's precociousness. Split Enz lasted for eleven years all up, from 1972 - 1983, and in 1983, Tim released his much acclaimed debut solo album 'Escapade'. This album received rave reviews from critics, and Tim focused on his solo career over the next few years. 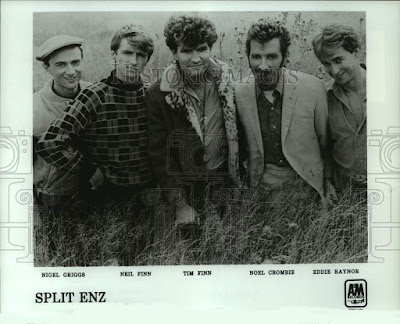 In 1983 he started dating actress Greta Scacchi, and he started to write the scores for films, which he always had an avid interest in. His largest acting role is in The Coca-Cola Kid (1985) in which Tim is in for about 5 minutes, but girlfriend Greta helped him get a brief cameo in 'White Mischief' in a blink and you will miss role, as a Bandleader who taps on a few microphones before exiting the stage. In 1989 Tim's much publicised romance with Scacchi ended, much to his dismay. It did not help that his current self-titled solo album as a flop. This launched Tim into a year of depression, in which he claims alcohol was his only friend. However, Tim found his stride again with the help of his brother, Neil. 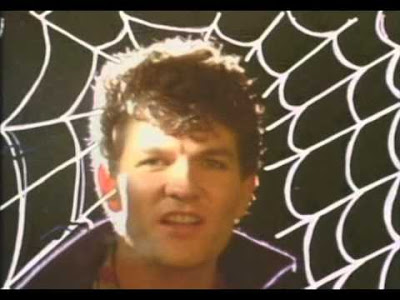 In 1985, after the break up of Split Enz, Neil formed another Band 'Crowded House' with Split Enz drummer Paul Hester and artist/bassist Nick Seymour. Neil and Tim always planned on doing an album together as the Finn Brothers, but had not yet got around to it. Neil claims he was suffering writers block, trying to come up with new songs for the new Crowded House album, and he was also trying to work out when to do the long planned Finn Brothers album. 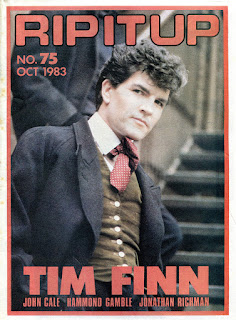 He came up with a great idea: Why not put the Finn Brothers album on hold, and instead recruit Tim as the fourth member of Crowded House, for their new album. Tim loved the idea, as it would finally put him back in the spotlight with brother Neil, and together they wrote most of the songs for Crowded House's most acclaimed album 'Woodface'. This album was a huge hit, which made both Tim and Neil happy, and Tim finally had the confidence to return to his solo career. Crowded House released their final studio album in 1993 (not including compilations) which Tim had a minor involvement in, but not as a fourth member. Since 1993 Tim has mainly focused on his solo career, although in 1996 he helped out ex Split End Keyboarder Eddie Rayner with his critically acclaimed solo album.

In 1997, he married a New Zealand TV Personality, Marie Azcona, and they have two children, a son and daughter, together. Tim still records as a solo artist, although his recent releases have not had the same success as those of his early career.
. 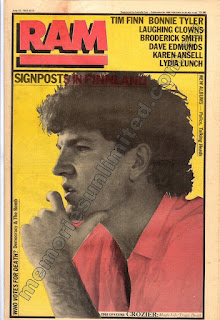 This post consists of FLACS ripped from CD and includes full album artwork for both CD and Vinyl and label scans. Also included as bonus tracks are two B-Side singles, namely "Below The Belt" (B-Side to Fraction Too Much Friction) and "Another Chance" (B-Side to Made My Day).  Using this debut solo album, Tim was able to prove to his 'Enz' fans that he was a force to be reckoned with and could survive in the music industry without the Enz.  Both of the A-Side singles mentioned above were huge hits for him both in Australia and New Zealand, and he eventually left the Enz  the following year in June. I sometimes wonder if the track "Staring At The Embers" (another great track in my opinion) was Finn's way of saying that the Enz had lost their spark and that he was already considering leaving.

Tracklist
01 Fraction Too Much Friction
02 Made My Day 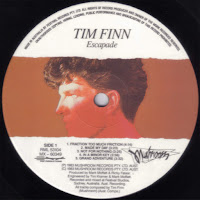 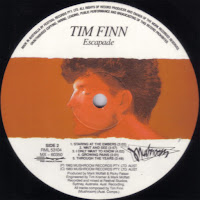 Posted by AussieRock at 5:59 PM