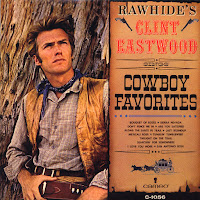 Perhaps the icon of macho movie stars, and a living legend, Clint Eastwood has become a standard in international cinema. Born May 31, 1930 in San Francisco, the elder of two children in a middle-class family, Eastwood finished high school at the comparatively late age of 19 and worked odd jobs for several years before enrolling at Los Angeles City College, from which he dropped out after two semesters to pursue acting. He found unaccredited bit parts in such nondescript B-films as Revenge of the Creature (1955) and Tarantula (1955) during the mid-'50s while simultaneously digging swimming pools for a living, until he got his first breakthrough in the long-running TV series Rawhide (1959) with Eric Fleming. Though only a secondary player in the first season, Clint made the show his own by end of its run and became a household name around the country. 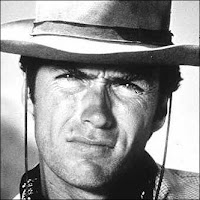 Eastwood found even bigger and better things in Italy with the excellent spaghetti westerns A Fistful of Dollars (1964) and For a Few Dollars More (1965), but it was the third installment in the trilogy where he found one of his signature roles: The Good, the Bad and the Ugly (1966). The movie was a big hit and he became an instant international star. Clint's first American-made western, Hang 'Em High (1968), was yet again a success. [extract from imdb.com]

With the rusty door-hinge of a voice he possesses today, it's hard to imagine a time when Clint Eastwood could have been groomed as a singing star, but in the early ‘60s, when he came to fame as the rebellious Rowdy in the hit Western TV series Rawhide, it wasn't such a crazy idea. In 1963, playing off the popularity of the show, Cameo-Parkway released an album featuring Eastwood's versions of classic cowboy-style tunes. While Eastwood is admittedly not an exceptional vocalist, he's not at all bad; this is by no means some Golden Throats-style celebrity train wreck. At the time, there were plenty of equally photogenic young men with no greater vocal ability than Eastwood being promoted as country singers, many with less of an actual musical background than the jazz-schooled actor. 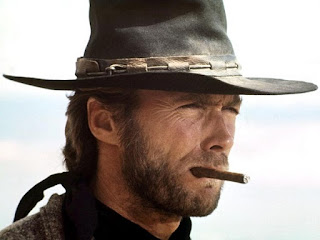 Eastwood's soft, somewhat laconic croon might not possess the commanding quality that was de rigueur for the era's country stars, but he never strays off-key, and his style is a kind of cross between legendary cowboy singer Roy Rogers and Dean Martin. Most of the tunes he tackles here were already well-known in hit versions by other artists -- the Sons of the Pioneers' "Tumbling Tumbleweeds," Bob Wills' "San Antonio Rose," Gene Autry's "Mexicali Rose," etc. The loping rhythms, lonesome harmonica, lazy guitar licks, and male backing-vocal choruses are all in keeping with the production conventions of the day for cowboy artists.

While Cowboy Favorites didn't make Eastwood a C&W star, it wasn't his country music swan song -- years later he would record with Merle Haggard and sing in the films 'Paint Your Wagon' and 'Honky Tonk Man' [extract from allmusic.com]
. 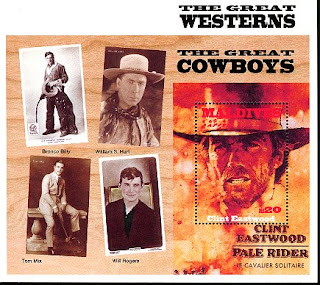 Now, let's be really honest folks.  This album doesn't really fit my usual criteria for inclusion into the WOCK on Vinyl Hall of Fame - it's not really Wacky, nor is it Crazy or Korny, and having been released on CD, its not really Obscure either. But folks, it's all about Cowboys and Westerns and that's just good enough for me.
So here it is partners. A nice round up of rootin, tootin tunes that any city slicker would love to have in their personal corral, ripped from vinyl in MP3 (192kps) format.  Note: There is some discrepancy as to when this album was released - some sources saying 1962 while others state 1963. So if you know for certain, then 'go ahead and make my day' LOL by leaving a comment.
.
Track Listing