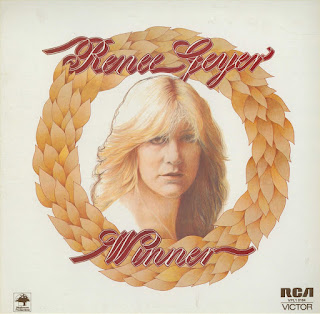 Renee Geyer's quest for success overseas continued in January 1978, when she returned to Los Angeles where she spent a couple of months recording her seventh album 'Winner', at Crystal Studios with her former producer Frank Wilson (who had worked with her on Moving Along).
She also worked clubs around California with a back-up band including her basic rhythm section of Greg Tell, Mark Punch and Barry Sullivan.
Late in March, she returned for an April Australasian tour. To the delight of her fans it featured the original band with whom she recorded her third album, Ready To Deal.
Renee flew back to America in August (via Bangkok, where she did some gigs), and finalised 'Winner', which eventually was released in Australia (on RCA in December). One of the factors delaying the album's issue may have been the split earlier in the year between Renee and her US record company, Polydor, over poor promotion of her Moving Along album. 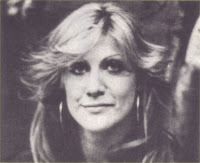 To round off 1978, Renee performed at a grand farewell concert held in Sydney's State Theatre on December 15th. The concert was recorded for a live album and filmed with a view to producing a television special. Renee returned to the US and a mammoth tour to promote 'Winner'.
1979 looked like being a big recording year for Renee. Apart from the planned live performance LP, she had recorded a blues album in Sydney during '78 with the Kevin Borich Express plus Mal Logan and Jim Partridge, and was to record a studio LP at Motown Records under the direction of Marvin Gaye in early '79. Her single releases for 1978 were 'Money (That's What I Want)' (April) and 'Baby Be Mine' (October).
. 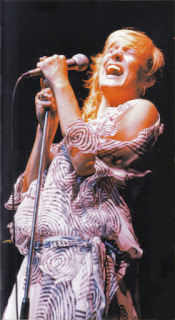 Renee speaks out:
Gee I hated "I Am Woman" and because of it I did "It's A Man's World". I've met Helen Reddy since and she's actually a nice lady, but I wasn't crazy about the obviousness of that song of just the....anthemic thing of it, which is the very reason is was such a big hit. So that's how much I know, but it was one of the reasons I wanted to do "It's A Man's World". So it did good for me in the end.

I've had fans but never groupies. I gave off a feeling of 'don't come too close' and I still do. I don't want to get close to punters cause that's what I do on stage and it's not something you share with somebody from the audience. You're a different person to the person up there

No-one's ever tried to control my career as you could probably imagine - which is why I'm not more famous than I am. I've controlled or miss-controlled my own career. I had a manager for a while there who was a partner of the record company director, so it was all a bit of conflict of interest, but it was the wild west in those days. I pretty much have always done what I want to do and a lot of times to my detriment. 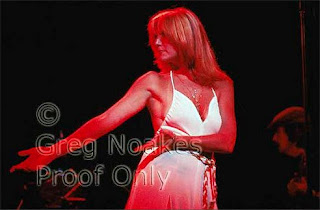 In the 70's there were very few women artists around. I've been pretty lucky,I've gotten along with the guys pretty good. But every now and again it gets a bit lonely 'cause you don't always have a lot in common with guys that are hankering after young screaming girls. You end up going back to the hotel while everyone is out drinking and parting. It can be lonely, but I wasn't whingeing about it. I was having a good time. When I was very young I was still a bit shy - believe it or not. Later on I discovered other ways to feel good. Nothing new there !
Most people in bands went through the odd substance in the 70's. 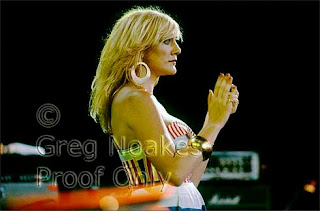 I confused a lot of people. People though I was either gay or really tough because a girl with a big voice up there with a band is considered pretty tough and self contained and assured. I was far from that, but I had a good facade.

In Australia it's an ageist thing. It's a given by certain industry people that once you hit 40 it's going over the old thing and that's not so with many artists. Steve Cummings, Paul Kelly - there's so many artists in Australia that are doing some of their best stuff now. For instance, the ARIA adult contemporary award in not televised.
[extracts from 'Love Is In The Air - Stories of Australian Pop Music' by Toby Creswell, ABC Books, 2003]
.
This post consists of FLACs and MP3's (320kps) ripped from vinyl, which I recently came across at a Salvos Opp Shop. Looks like the previous owner took care of their vinyl, 'cause this copy is pop & crackle free.  Some pretty typical disco / funk tracks on this album for that 70's era with no major hit singles but some great music non the less. I gotta admit I had a big crush on this lady when I was a teenager (and I guess I still have! ) and was lucky enough to see her perform on several occasions in the 70's in Geelong.  If you like this album, then don't forget to check out her previous album which I've posted on this blog entitled Moving Out.  As per normal, full album artwork and label scans are included.  Enjoy.
. 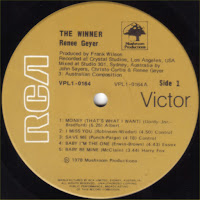 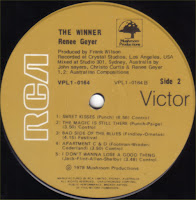 Posted by AussieRock at 2:47 PM