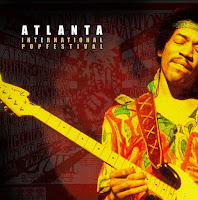 July 4, 1970. Middle Georgia Raceway - Byron, Georgia. 400,000 sunburned bodies. Jimi Hendrix headlines the Atlanta Pop Festival, a monster stop near the end of his last American Tour. With him are Experience drummer Mitch Mitchell and Band of Gypsys bassist Billy Cox. Jimi and Billy were army buddies stationed in the South in '61. Nine years later they return as the Cry of Love Band. Their 'Band Of Gypsys' album is  in the US Top 5, and the tour yields some of Jimi's best playing. His combined Mitchell/Cox rhythm section defines the ultimate power trio. 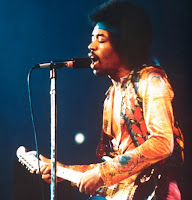 It is the Summer of '70. Rock festivals are the height of fashion. Independence day is on a Saturday. Jimi hits Atlanta's stage in the evening and faces the largest crowd of his life. [extract taken from DVD Cover - Jimi At The Atlanta Pop Festival] 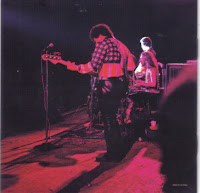 Cry Of Love take the stage for their 02:30 (Sunday) performance. Jimi announces: "Thank you for waiting, I can't hear nothing, testing one, two three, testing, testing. I'd like to introduce the new members of the group, this is Billy Cox on bass and Mitch Mitchell on drums and yours truly on public saxophone." Jimi starts the show off with 'Fire'. "Thank you, we really hope it isn't too loud for you, because if it is we can always turn it up. I'd like to do another thing goes something like this here. Hey dig, there's a whole lot of girls running around loose because [their] old man's in the army and so forth, and when he comes back he's gonna find you up there with your other man and somebody's gonna get [it]. It's called 'Here Comes Your Lover Man'." Following this number, and without any introduction, Jimi continues with 'Spanish Castle Magic'. Then: "Yeah we'd like to slow it down a little bit and quiet it down and... do a slow blues for the evening, a thing called 'Red House'." 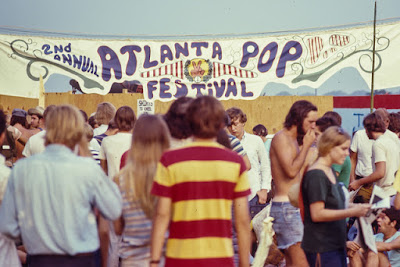 There are more tuning problems, and Jimi addresses the audience: "Sorry for the tuning, it'll only take a second. I'd like to do a thing that, er, we're gonna have on our new LP, a thing called 'Room Full Of Mirrors'." After this song, Jimi continues the set with 'Getting My Heart Back Together Again', 'Message To Love', All Along The Watch tower' and 'Freedom'. He then says: "Thank you very much for the last four years... [this is] dedicated to the girl over there with the purple underwear on." Jimi continues with 'Foxy Lady".

Then: "I want everybody to stand up and get off... your thing and stand up on your feet because we'd like to do a happy birthday song to America. Thing goes something like... the thing they used to brainwash [us with]... at school. Well let's all, everybody stand up and sing it together with feeling." Jimi proceeds to play the introduction to 'Star Spangled Banner', but quickly changes it to 'Purple Haze'. During the song there is a huge firework display behind the stage which lights up the night sky.
After 'Purple Haze', Jimi comments: "Thank you very much for staying with us, thank you... and... I'd like to see you again soon." Jimi continues the set with 'Hey Joe'. 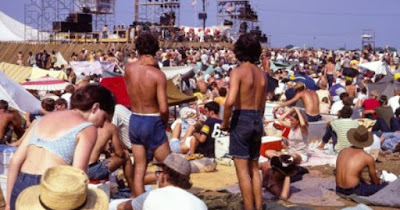 Next, the band play 'Voodoo Child (Slight Return)'. Afterwards he announces: "Thank you very much for staying with us, thank you. Thank you very much, you're all really, really kind. You know, if I could see you we could get it together, but that light is blinding me, man, it's hard to play when you can't see nobody, you know." The offending spotlight is switched off and Jimi comments: "Now I can see you, yeah, right. I'd like to do a thing called 'Stone Free' - we hope you remember that one." Jimi then continues with 'Star Spangled Banner' and 'Straight Ahead'. He closes the show with a very out-of-tune version of' Land Of The New Rising Sun' [extract from Jimi Hendrix Concert Files by Tony Brown, Omnibus Press, 1999. p162]

About 100 miles south of Atlanta, next to a field on the outer fringes of the town Byron, in Georgia, is a plaque erected by the Georgia Historical Society marking the location of the second Atlanta International Pop Festival, which ran from July 3-5, 1970. It reads: "Over 30 musical acts performed, including rock icon Jimi Hendrix playing to the largest American audience of this career." Despite the overwhelming attendance—which some estimates actually put as high as 400,000—the festival, and Hendrix's performance in particular, have not received their due until now.
.. 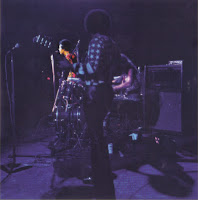 This post consists of MP3's (320kps) which were found on the web many years ago, and includes full album artwork and photos taken at the festival. This bootleg is one of the better sources on offer for this iconic concert, and includes all bar 2 tracks performed by Hendrix and The Cry Of Love on the night (Freedom & Foxy Lady missing). Unlike the official 2015 release, entitled 'Freedom' (which by the way incorrectly credits the recording to The Jimi Hendrix Experience), this bootleg includes the closing track on Jimi's setlist, a very out-of-tune version of' 'Land Of The New Rising Sun.  Whether Hendrix was suffering from the effects of drugs at the end of his performance or he simply couldn't hear due to the poor acoustics, it was common practice by Hendrix at the time to close his performances with this very solemn piece, yet the track is missing from the official release making it incomplete also. So, even if you have purchased Freedom, you still need to grab this Bootleg to hear the full concert. Quality of the recording is an 8/10.
. 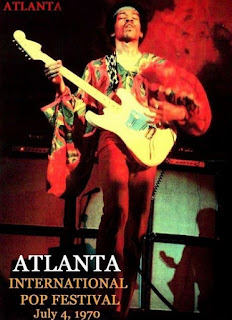