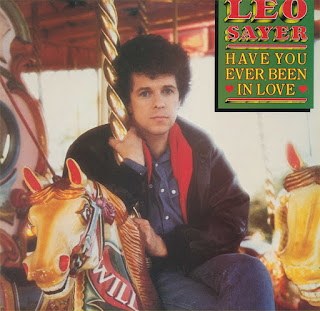 Leo Sayer (born Gerard Sayer) had a string of highly polished mainstream pop hits in the late '70s. Sayer began his musical career as the leader of the London-based Terraplane Blues Band in the late '60s.
He formed Patches with drummer Dave Courtney in 1971. Courtney used to play with British pop star Adam Faith. Faith was beginning a management career in the early '70's, so Courtney brought Patches to his former employer in hopes of securing a contract. Patches failed to impress Faith, yet he liked Sayer and chose to promote him as a solo artist. Sayer began recording some solo material written with David Courtney at Roger Daltrey's studio; the Who's lead singer liked the Sayer/Courtney originals enough to record a handful himself, including the hit "Giving It All Away." Sayer's debut single, "Why Is Everybody Going Home," failed to make any impact, yet 1973's "The Show Must Go On" hit number one in the U.K.; a cover by Three Dog Night stopped Sayer's version from charting in the U.S. The following year he released his first album, Silver Bird. 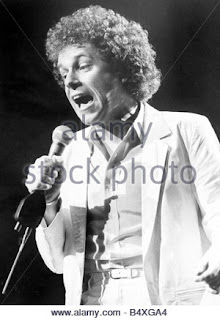 Just a BoySilver Bird was followed quickly by Just a Boy, which included two more British hit singles, "One Man Band" and "Long Tall Glasses (I Can Dance)"; "Long Tall Glasses" managed to break Sayer into the American Top Ten in early 1975. Sayer's working relationship with Courtney was severed during the recording of his third album, Another Year (1975). The following year, he released Endless Flight, which was co-written with former Supertramp member Frank Furrell; featuring the number one singles "You Make Me Feel like Dancing" and "When I Need You," the record became his biggest hit in both the U.S. and the U.K., selling over a million copies in America. Following Endless Flight, Sayer became a fixture in the American Top 40, yet his hits began to dry up in England.

Sayer began the '80s with the American number two hit, "More Than I Can Say," yet it was his last big single in the U.S. His last chart entry in America was the early 1981 hit "Living in a Fantasy"; the U.K. hits didn't stop until 1983, after "Till You Come Back to Me" scraped the charts. After laying low for the rest of the decade, he attempted a comeback in 1990 with Cool Touch, however it fell on deaf ears. [extract from Allmusic.com]
. 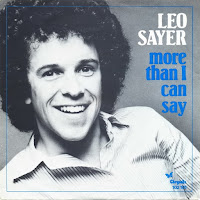 Have You Ever Been in Love is the tenth studio album by recording artist Leo Sayer. It was originally released in November 1983 by Chrysalis in the UK, and Warner Bros.in the USA as the follow-up to his ninth album World Radio (1982). It was co-produced by the Grammy Award-winning Arif Mardin, in association with Alan Tarney, and Christopher Neil producing the other tracks. Sayer is credited as co-writer on the tracks "Don't Wait Until Tomorrow", and "Orchard Road".
. 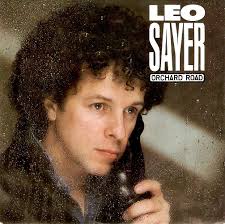 The album reached #15 on the UK Albums Chart, making it (including the greatest hits compilation album, The Very Best of Leo Sayer) his eleventh successive Top 50 chart entry in the UK Albums Chart, in a period of a little over nine years. The album spawned three singles which all reached the top sixty on the UK Singles Chart, including "Orchard Road", which would become one of Sayer's most popular songs, this would also become the last Sayer single to make the Top 20.

When Sayer wrote most of the material for this album, he was going through a traumatic breakup with his longtime wife Janice and consequently many of the songs reflected the heartache that he was dealing with at the time. Tracks like "'Til You Come Back To Me", "Sea Of Heartbreak", "Your Love Still Brings Me To Your Knees", "Wounded Heart", and the gorgeous "Orchard Road" all give the listener an insight into the emotional turmoil he was living with at the time. 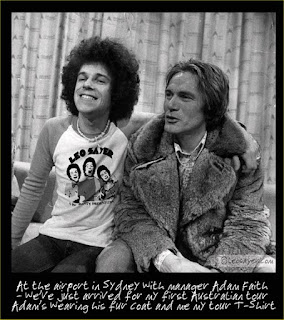 When Sayer and his first wife Janice finally divorced in 1985, the subsequent financial disclosure revealed that Adam Faith had badly mishandled his business affairs over the years, and most of the millions of pounds he had earned over the previous decade had been lost, through Faith's questionable investments and business expenses.

Sayer sued Faith for mismanagement; and the case was eventually settled out of court in 1992 with Sayer receiving a reported payout of £650,000.
On 12 February 2006, he made a return to number one in the UK Singles Chart, with Meck's remix of "Thunder In My Heart". It was his first appearance in the United Kingdom Top 10 for almost 24 years, and his second chart topper in the United Kingdom, almost three decades after his first. 'Leo Sayer: At His Very Best', a career spanning compilation album, was released in the United Kingdom on 6 March 2006. It featured the Meck single, alongside "When I Need You" and "You Make Me Feel Like Dancing". 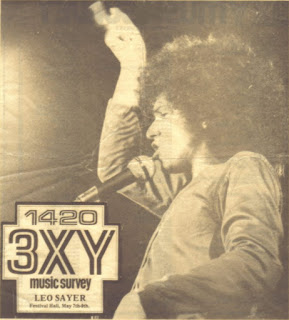 In 2008, Sayer released a new album in Australia, Don't Wait Until Tomorrow. This album, produced by Garth Porter (from the Australian pop band Sherbet), and released by Universal Music Australia, featured selections from his catalogue re-arranged with strings and acoustic and jazz instrumentation.

In January 2009, Sayer became an Australian citizen, having lived in Sydney, New South Wales since 2005.

This post consists of MP3's (320kps) ripped from my vinyl album and includes full album artwork, along with all featured photos of Sayer from the early 80's.  Also included are several bonus tracks, the non-album B-Side to Orchard Road entitled "Gone Solo" and his first release while performing under the name of Patches - "Living In America".
It is also worth noting that the tracks on this album were written over  a three year time span with his 1980 single "More Than I Can Say" finally appearing on this 1983 album, while the title track and "Heart Stop Beating In Time" were written in 1982 and had previously appeared on his 1982 album release 'World Radio'.  The remainder were written and released in 1983. This is one of my favourite Sayer albums and I absolutely fell in love with his emotional Orchard Road when I first heard it on the radio, and it was his last single release to reach the Top 20 in the Charts.
. 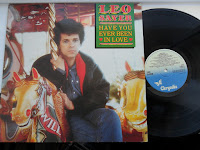 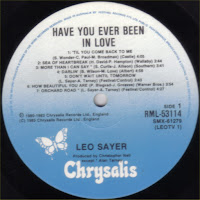 Posted by AussieRock at 4:06 PM