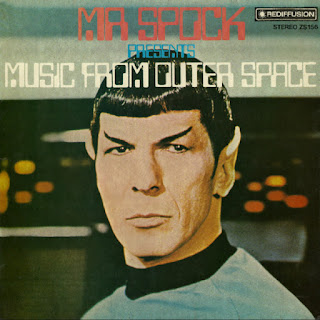 It was September 8, 1966.
On the surface, a day like any other, but in fact it was the day when the beloved character, Mr. Spock, first appeared on T.V screens. And with that appearance, a love affair was sparked between the public and the man who portrayed him, Leonard Nimoy.

In December of 1966, Dot record executives approached the producers of Star Trek with the idea of releasing a Star Trek themed album. There were already Star Trek toys, cereal prizes, model kits and every other kind of product that a kid would want, so why not a record? Desilu Studios executive, Herbert F. Solow, responded to the Dot proposal with the following memo:

"I think we should push any record company that wants to do an outer space or Vulcan or any other single record or album, be it straight dramatic music, weird music, Nichelle Nichols singing, William Shatner doing bird calls or even the sound of Gene Roddenberry polishing a semi-precious stone on his grinder." 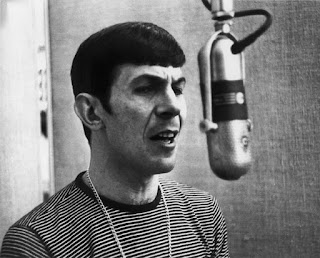 For Nimoy this resulted in the release of five LPs on Dot Records, a subsidiary of Paramount Pictures, from 1967 to 1970.

'Leonard Nimoy Presents Mr. Spock's Music From Outer Space' was his debut album, recorded in his Mr. Spock persona. It was released in June, 1967 by Dot Records. The album capitalized on the popularity of the Spock character on Star Trek. The songs also contain many outer-space elements along with science fiction-themed narrations, and space sound effects. Nimoy co-wrote track six with arranger and producer Charles Grean, who is largely responsible for the high quality of this record.

The album utilizes the popularity of the Spock character on Star Trek and it seems likely that the main audience is children who where fans of the television series. The songs contain many outer-space elements complete with science fiction-themed narrations. The album was also heavily promoted, and fans by the thousands flocked to his autograph signings and appearances. There was a single released and contests appeared in popular magazines. Nimoy was quickly becoming a teen idol. 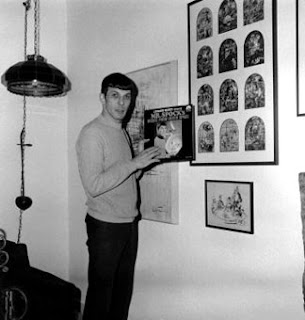 The record is extremely enjoyable on an adult level as well. Many of the tracks are done in the 60s Space Age lounge style adopted by many of the performers and conductors of the era. Stand out tracks: Theme From 'Star Trek', Alien, and Twinkle, Twinkle, Little Earth.
Nimoy's second album 'Two Sides Of Leonard Nimoy' was released shortly after Mr. Spock's Music From Outer Space, only this time Nimoy was allowed to perform songs that may be considered unfitting for a Vulcan.

This months W.O.C.K on Vinyl post features a 1995 CD release of Nimoy's debut album and also includes side one from his 2nd album. Files are in MP3 format (320kps) and full album artwork is included for both LP and CD releases. I guess this album not only fits the Weird category but also adds an Out of this World flavour as well.  I'll let you be the judge, if you choose to go where no man has gone before.....  LOL.