Mark Edwards - Land Of The Living (1986) plus Bonus Tracks 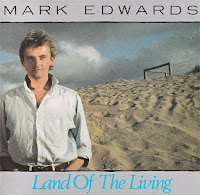 Following the split of 'The Runners', Mark Edwards signed with WEA Records and released one album in 1986 entitled ‘Land Of The Living’. His only foray into the Australian singles chart was with the advance single ‘Worlds Away’ (#70, early ‘86). Several other singles were released including the title track and my favourite tracks from the album "Somebody Like You" and "World's Away". Also featured on these brilliant tracks were acclaimed session man Ricki Fataar and legendary backing singer Venetta Fields (ex-Boz Scaggs, John Farnham). Sadly, the album failed to sell well and Edwards never recorded a follow up. [extract from rqsretrouniverse]
.
Album Review
"Polished Pop By Edwards" 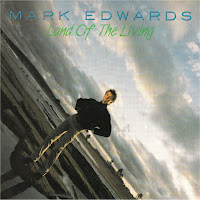 With Land Of The Living, his debut solo album, former Runner's front man Mark Edwards lays himself a solid foundation for an enduring career as a songwriter and performer.
Edwards, now a resident of Newport Beach, spent two years writing, performing, and producing Land Of The Living with collaborator Michael Hegerty.
Land Of The Living is a collection of fine pop songs showcased well by production that is clean and polished.
The songs, while impressive from the first spin, insinuate themselves with each successive hearing. But they really come to life live where their most positive aspects are given a chance to shine. Paul Berton's guitar is prominent throughout and often gives a distinctly surfy feel.  [Review taken from Morning Sydney Herald, Entertainment Section, Dec 4, 1986]
. 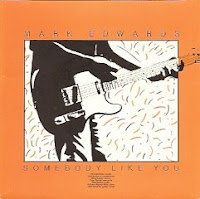 This post consists of FLAC's and MP3's (320kps) ripped from my virgin vinyl and comes with album artwork for both LP and CD releases. I've also managed to source cover artwork and labels for all single releases taken from this album, as well as rips of the non-album tracks "Back in the Land of the Living" and newly arrived "Moonbeam" (thanks to Rainman at Midoztouch2).
In my opinion, this album is OK but lacks the magic and dynamics that Hitting The Wall captured when Edwards was singing upfront for the Runners.
.
Tracklist 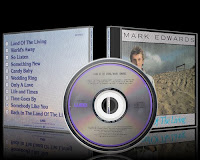 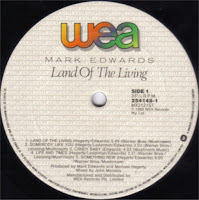 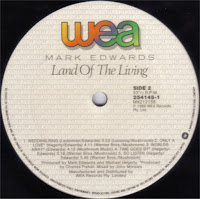