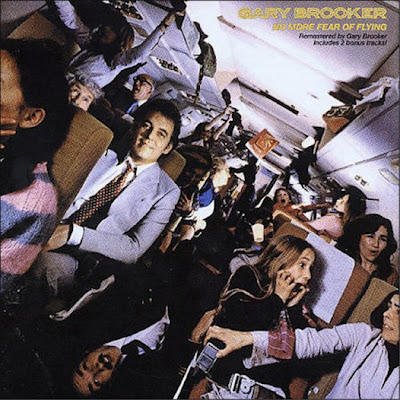 Gary Brooker founded The Paramounts in 1962 with his guitarist friend Robin Trower. The band gained respect within the burgeoning 1960s British R&B scene, which yielded The Beatles, The Animals, The Spencer Davis Group, The Rolling Stones, and many others. The Rolling Stones, in particular, were Paramounts fans, giving them guest billing on several memorable shows in the early 1960s. In 1966, Brooker founded Procol Harum with his friend Keith Reid. "A Whiter Shade of Pale" is the worldwide hit that Procol Harum is best known for, but Brooker's melancholy vocals and emotive, eclectic piano playing were a key part of Procol's musical mix for the entire course of the band's career. In the early years Brooker, Hammond organist Matthew Fisher, and Trower were the guiding musical forces behind the band, but after disparities in style became too much and Fisher and Trower left, Brooker was the clear leader until the band broke up in 1977. Brooker started a solo career and released the album 'No More Fear of Flying' in 1979 [extract from wikipedia]
. 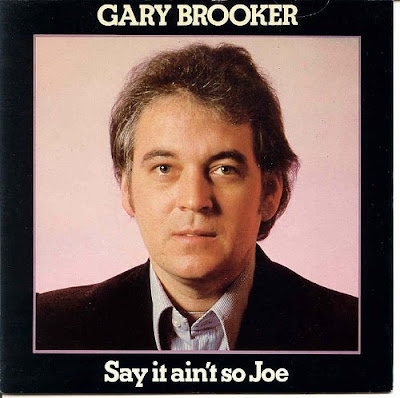 Interview with Gary:
For former Procol Harum member, Gary Brooker, the first dazzling success of A Whiter Shade of Pale (sold some 2.5 million copies within weeks of its release) was a long time ago. A dozen years ago, in fact, and two years since the break-up of the English group which features the combination of piano and organ.
While sipping on Bass ale, in a lounge at the Parker House, he discussed his new album, and first solo venture - 'No More Fear of Flying', which had just been released by Chrysalis Records. He had just been globe trotting through some 12 countries, on a promotional tour, before touching down at Logan to initiate a swing through the States.
But not all had gone pleasantly. 'After all,' he said, between puffs at his pipe, 'I've come a long way just to be disappointed. I was up at 5 a.m., bright eyed and bushy tailed to go out and get the job done. Instead, I just sat in my room until in the afternoon, when I did a telephone interview with a fellow from Maine. I was supposed to do a phone-in for a radio show, as well, but when we rung up, they said, you were supposed to have called a half hour ago, sorry but we can't put you on now. I mean, at this rate, I could have rung up the guy from Maine, from England, and not gone through all this bloody trouble.'
.
This kind of foul up, unfortunately, is nothing new for Brooker. While Procol Harum enjoyed two more hits and ten successful albums after A Whiter Shade of Pale, they never achieved the status that many people thought they should have had. In the sameness of British Blues that dominated the late 60s, they were noted for having a tastefully different sound. Their first hit, for instance, was based upon the melody of a Bach cantata.
. 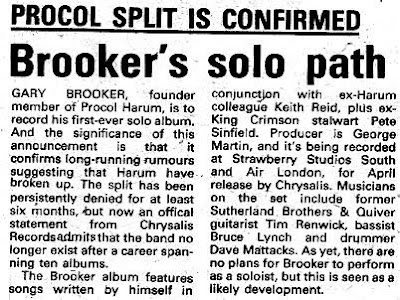 'Did we make any money?' he asked rhetorically. 'I should say not, we never made a cent. Touring eats up all the money, if you come out of a tour breaking even, you think you've done well indeed, and if you have a few bucks left over, all the better. I did make money on songwriting royalties, this I was smart enough not to lay my fingers on.'
Because he was a composer, pianist and lead singer for Procol Harum his solo album will immediately recall that group, for most listeners, but he is careful to delineate the extent to which he has broken from the past. After years or touring, he remains enthusiastic about performing but somewhat reluctant to go out in support of the album, unless it's successful.
'I'm the kind of guy, if they said, "We'll book you for a week in Iceland," I'd go. A lot of the lads would say the 'ell with it, there's no scene up there, but I'd say, sure, why not, this is a chance to see a different place. I've played a lot in Poland, for instance. They have their own music, but they are also very appreciative of an artist who takes the trouble to come to them. They are a wonderful people and a great audience.'
'On the other hand,' he continued, 'I'm reluctant to just get eaten up by going out there without the right kind of support. I'm not just going to let myself get thrown out there to sink or swim, I've been through all that before.'
. 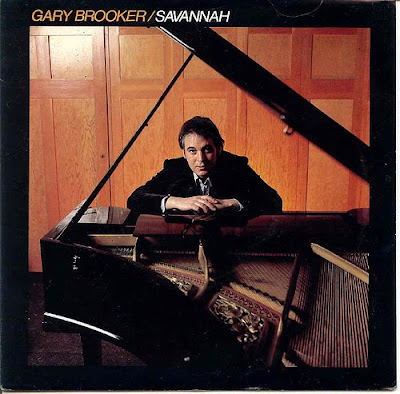 Judging from the album, he may just get the kind of support he's taking about. It was produced by George Martin, who is best remembered for having worked with the Beatles. They derived a novel manner of working together.
'Well I drew up a list of songs I wanted to do, and he made a list of what he wanted, then he said, "You can reject anything I suggest, if I can reject anything you present." That worked surprisingly well, as it avoided any argument and two heads were working on the project instead of one. He has really great taste, and a lot of times he'd say, "That's a fine song, but it just doesn't fit into our plans." It was a relief after dealing with all the different ideas that were contributed by different members of Procol Harum. It had gotten to the point where we couldn't agree on what to record, and frankly, I felt that we were burned out creatively, and I was personally quite ill and physically exhausted after all those years on the road.'
If Procol Harum was different, in 1967, Brooker is just as much an eccentric in today's music scene. 'If you hear my album on the radio,' he said, 'it wouldn't sound like anything else. Everybody sounds the same and it's absurd to see people jumping on the Disco bandwagon. I like some of the disco people like Donna Summer, but most of it's rubbish. It surprised me, for instance, that Elton John and Tom Robinson have collaborated to make a disco album. McCartney can do that sort of thing more successfully, but Tom Robinson is very much a political figure and I can't figure out why he would sell out like this, unless, of course, he and Elton John have fallen in love.'
Which led to asking what this album is all about. 'Me,' he said quite bluntly, 'this album's all about me that's all. It's really bloody simple, there's nothing complicated about it at all, just me doing a bunch of songs that I like. There are rockers, that I enjoy doing, and also some intense things that are full of mystery. We put the album together in about 28 days in the studio, at a cost of about $80,000.I wondered if that 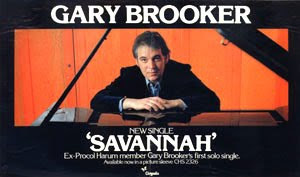 weren't a lot of time for a solo album. 'It's the same number of tracks as any other kind of album,' he said. 'Actually, that's pretty speedy and cheap to do an album. We had about two songs a day that we recorded, then mixed down and overdubbed with additional instrumental tracks and backing vocals. But it all went very smoothly, and the experience was quite refreshing compared to what I've been used to.
[taken from 'No More Fear of Pale Charles Giuliano: Rock and Roll Army Records']
.
Review:
In short, if you love Procol Harum, then you'll love Gary's first solo effort for sure.
'No More Fear Of Flying' is an excellent album of top-notch, Harum-flavored piano pop/rock, spearheaded by Brooker's powerful voice and masterful playing on the keys. Great songs include the title track, my favourites "Say It Ain't So Joe" (written by Murray Head) and the powerful opener "Savannah" along with the catchy tunes "Give Me Something To Remember You By" and "Switchboard Susan." In short, Gary Brooker's "No More Fear Of Flying" is brilliant!
The CD release comes with two bonus tracks, the rare Brooker B-side "S.S. Blues" and the previously-unreleased fun of "Fat Cats." I have also added some additional live tracks which I have come across over the years, along with the haunting ballad "No News From The Western Frontier" and a collaborative track "Limelight" (which appeared on Alan Parson's Stereotomy LP in 1984).
The rip was taken from CD at 320kps and includes full album artwork, along with bonus studio and live tracks.
. 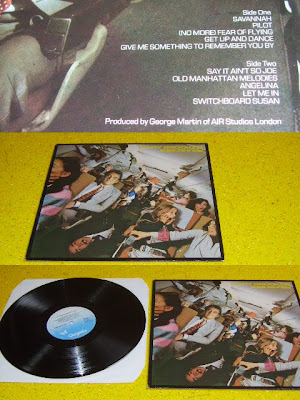