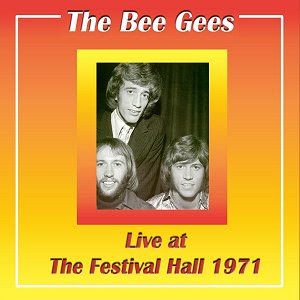 In the summer of 1971, the Bee Gees undertook their first tour of Australia since they had left the country nearly five years before to achieve global fame. Their July 15, 1971 concert at Festival Hall in Melbourne was filmed for an Australian television special, and the hour-long black-and-white program is also available on DVD.
For this show, Robin Gibb, Barry Gibb, and Maurice Gibb -- Barry and Maurice playing guitar and piano, though Robin just sang -- were backed by a guitarist (Geoff Bridgeford) and drummer, as well as a full orchestra. This helped them create arrangements about as full as those heard on the Bee Gees' late-'60s/early-'70s records, and though the sound wasn't perfect (sometimes the vocals are softer than they should be), it's a pretty good performance that accents their most popular material of the era. 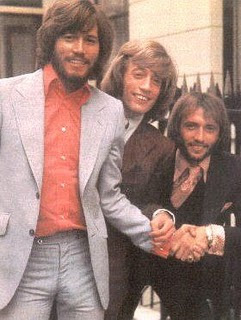 Every one of their big 1967-1971 hits ("New York Mining Disaster 1941," "To Love Somebody," "Holiday," "Words," "How Can You Mend a Broken Heart," "I Started a Joke," "Massachusetts," "I've Gotta Get a Message to You," and "Lonely Days") is here, lending the show something of a greatest-hits air. A few other songs from the era are included as well, "I Can't See Nobody" being a highlight, and the blue-eyed-soul tune "Lay It on Me" -- the only one to feature Maurice Gibb on lead vocals -- being the least impressive. Robin Gibb and Barry Gibb are the primary lead singers otherwise, though three-part harmonies are naturally often a feature. The on-stage patter and joking isn't very interesting or dynamic, but the performances are good. It's certainly a concert that should be issued officially as it's a good and representative encapsulation of the sound for which the Bee Gees first became internationally famous. [review by Richie Unterberger, Rovi]
. 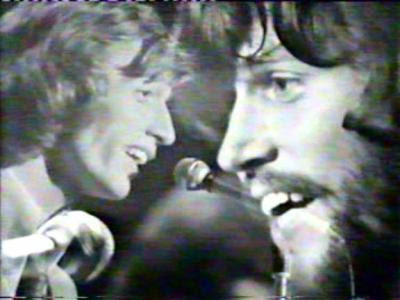 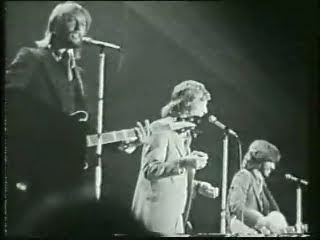 10 July 1971 - Brisbane, Festival Hall?
11 July 1971 - Sydney
12 July 1971 - Canberra, Canberra Theatre?
14 July 1971 - Hobart
15 July 1971 - Melbourne, Festival Hall
16 July 1971 - Adelaide
17 July 1971 - Perth
.
"On the 9th of July the Bee Gees will arrive in Sydney to commence a one week tour of all capital cities. This is the first time the group as a whole has returned to Australia since they left for England 4½ years ago.
Accompanying them on their tour will be ten British musicians and their musical arranger, Australian born, Bill Shepherd. It is believed that the group will be backed by a thirty-piece orchestra."- Go-Set Magazine 19th June 1971
. 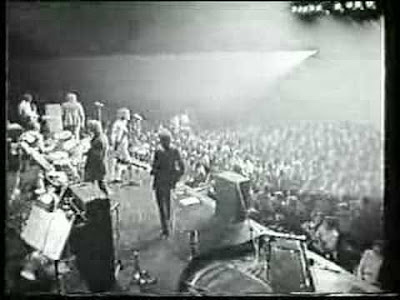 "The Bee Gees were being considered for an Australian tour by several promoters, but all but one backed out because the risk was too high. Now the Bee Gees are here they have packed every concert and brought every audience to their feet for a standing ovation! In Sydney and Canberra the crowds leapt from their seats and yelled for more. Canberrites have rarely been known to show such overwhelming enthusiasm for a visiting act of any sort. In Sydney the applause was deafening almost ten minutes after the Bee Gees had left the theatre and were on their way to their hotel!
In Melbourne an extra concert was arrange 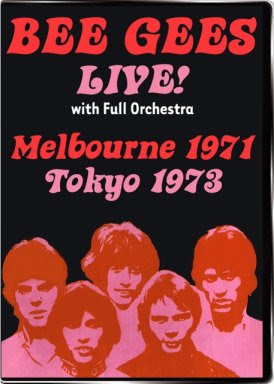 d to cope with the huge demand for tickets and crowd reaction was spectacular."
- Go-Set, 24 July 1971
.
"The Bee Gees 1971 tour was one of the very few Australian sellout successes."  - Soundblast, January, 1972
The 1971 Melbourne Festival Hall concert was recorded and filmed in black and white.
.
The rip was taken from CD in FLAC format. Limited album artwork is included along with select photos from the concert.
.
Track Listing
01. NY Mining Disaster 1941
02. To Love Somebody
03. Band Intro / Really and Sincerely
04. Every Second, Every Minute
05. Lay It On Me
06. Jingle Jangle/Morning of My Life 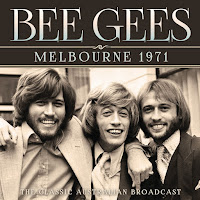