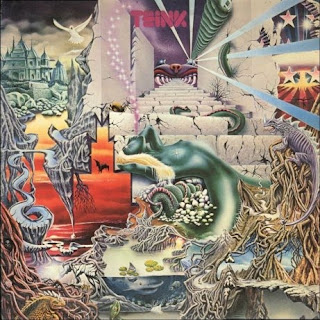 Winners of New Zealand’s battle of the band contest, Think recorded one album on Atlantic records. The band comprised Kiwis Richard Pickett (vocals), Alan Badger (bass), Phil Whitehead (guitar and one time member of Human Instinct), Don Mills (keyboards), and Neville Jess (drums).
Think were an Auckland progressive rock band who formed in 1976. Phil Whitehead and Don Mills came from the disbanded top 40 covers band Beam, which featured his brother Chris on drums and Alan Badger on bass. Phil also had a short stint with the legendary NZ band Human Instinct in-between. They produced an album in 1976 called "We'll Give You A Buzz" and a single "Arrived In Time"/"Big Ladies" the following year. One further single came in 1979 with "Good Morning" / "Peanut Joe". Kevin Stanton (guitar) was also a member at one time. He later went on to play with Mi-Sex. Whitehead also went on to join progressive rock unit called Father Thyme [extracts from NewZealand Music of the 60's and 70's]. 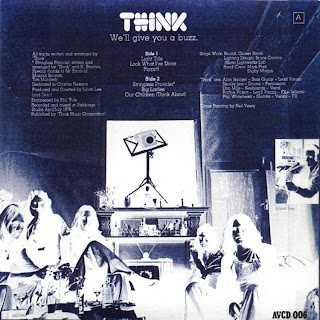 Their one and only LP "We'll Give You A Buzz" is a great progressive rock album with loads of keyboard, guitar, mood shifts and includes some great riffs. For a progressive rock album it is very accessible so don’t expect any serious ‘head’ music. Keyboard sections have a Rick Wakeman/Ken Hensley feel about them while at times the guitar work of Phil Whitehead matches that of Mick Box, Joe Satriani and even the great man himself 'Carlos Santana'. Vocals exhibit great harmonies and at times sound a lot like Godley and Creme from 10CC.
The only negative is that some of the lyrics sometimes miss the mark and are somewhat shallow at times.

.
The rip was taken from vinyl at 320kps (and in FLAC from the 2008 South Side CD release) and includes original album artwork. If you enjoy band's like Eloy, Sebastian Hardie, Uriah Heep or even Badger then you will really enjoy this album.
Tracks 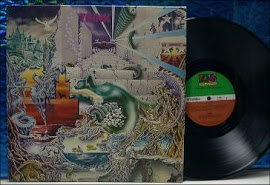