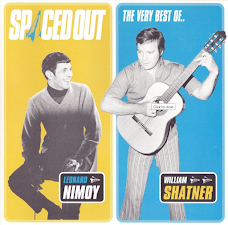 One of the true ultimates in so-bad-it's-sublime listening. This collection culls the most interesting results of the famously bad recording careers of Star Trek's Kirk and Spock, both of whom recorded albums in the late 1960s. William Shatner's seven cuts all stem from his notorious album 'The Transformed Man', which the liner notes aptly describe as "a bewildering collision of Dylan, Shakespeare, and the Beatles, narrated over a strangely disconnected free-for-all."

Leonard Nimoy, meanwhile, gets considerably more attention, having recorded five albums of "musical" material -- mostly covers of folk-rock contemporary tunes. He turns in no genuinely good material, but his unsteady attempts at carrying a tune are worth more than a few laughs, whether in his struggles to keep the meter in "Put a Little Love in Your Heart" or his attempts to channel the "spirit" of Spock in "Highly Illogical" and "Spock Thoughts" (the latter of which is actually "Desiderata"). Although a high rating seems inappropriate for a collection such as this, 'Spaced Out' is actually that and is a must-have for ironists who wish to impress their friends with pop culture detritus.

So this months WOCK on Vinyl pays tribute to this pair of Treky icons, who perhaps should have stuck to their Warp Speed Adventures on the Enterprise rather than inflicting their spaced out vocal cords on this unsuspecting civilisation. Weird, Wacky and Warped folks. Enjoy and may you live a long and prosperous life, while you can. 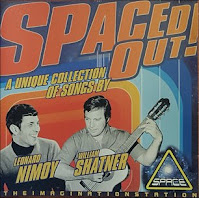 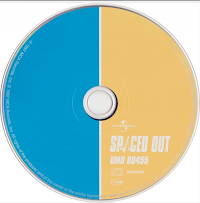