Before things get too serious here at Rock On Vinyl, I thought it might be fun to post a song or album at the end of each month, that could be categorized as being either Weird, Obscure, Crazy or just plain Korny.
For this WOCK on vinyl post, I thought I might revisit some of the 'Riff Ripoffs' that have occurred in the music industry, which probably makes it a ROCK on Vinyl post after all!

Firstly, the correct term for Rip Off is of course Plagiarism. Plagiarism is the act of copying someone else's written work and claiming it as your own. While the act can be illegal, as well as unethical, the term plagiarism is not used in law. Legally, it is one form of copyright infringement, so it enters into the arcane world of Intellectual Property law. When a musical composition is plagiarized, it's the copyright on the written musical score or arrangement that is being violated.

While accusations of music usurping show up in the news quite often, less than 100 cases have actually gone through the federal courts in the United States since the 1850s, according to the UCLA Copyright Infringement Project. As a plaintiff, you have to prove the other person copied a "substantial part" of your original work and you need to show a "substantial similarity" between the two works.
Consequently, I will let you be the judge for the following 3 ripoff cases: 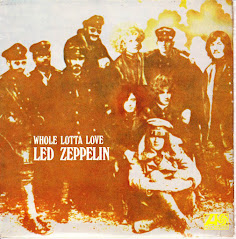 "You Need Loving" (Small Faces, 1969) V's "Whole Lotta Love" (Led Zeppelin, 1969)
“Whole Lotta Love” is a song by English rock band Led Zeppelin. It is featured as the opening track on the band’s second album, Led Zeppelin II, and was released in the US and Japan as a single.
Most people think it is a Led Zeppelin original but they actually nicked two versions of two songs to make “Whole Lotta Love”.  Here’s the breakdown…
In 1962, Muddy Waters recorded a blues vocal, "You Need Love", for Chess Records. As he had done with "You Shook Me", Waters overdubbed vocals on an instrumental track previously recorded by blues guitarist Earl Hooker and his band. Willie Dixon wrote the lyrics, which Dixon biographer Mitsutoshi Inaba describes as being "about the necessity of love":
You've got yearnin' and I got burnin'
Baby you look so ho sweet and cunnin'
Baby way down inside, woman you need love
Woman you need love, you've got to have some love
I'm gon' give you some love, I know you need love 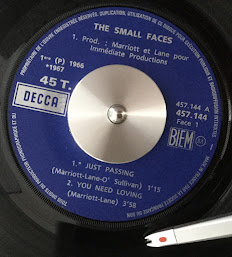 In 1966, British band the Small Faces recorded the song as "You Need Loving" for their eponymous debut Decca album. According to Steve Marriott, the group's vocalist and guitarist, Page and Plant attended several Small Faces gigs, where they expressed their interest in the song. Plant's phrasing is particularly similar to that of Marriott's, who added "he [Plant] sang it the same, phrased it the same, even the stops at the end were the same". Similarities with "You Need Love" led to a lawsuit against Led Zeppelin in 1985, settled out of court in favour of Dixon for an undisclosed amount. On subsequent releases, Dixon's name is included on the credits for "Whole Lotta Love". Plant explained in an interview with Musician magazine:
Page's riff was Page's riff. It was there before anything else. I just thought, 'well, what am I going to sing?' That was it, a nick. Now happily paid for. At the time, there was a lot of conversation about what to do. It was decided that it was so far away in time and influence that ... well, you only get caught when you're successful. That's the game. [Robert Plant] 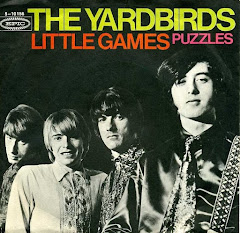 "Little Games" (Yardbirds, 1967)  V's  "Seven Stars" (Uriah Heep, 1973)
""Little Games" was a single released by the Yardbirds in 1967, and also appeared on their album of same name. It was their first album recorded after becoming a quartet with Jimmy Page as the sole guitarist and Chris Dreja switching to bass. It was also the only Yardbirds album produced by Mickie Most. The first Mickie Most-involved recordings took place at Olympic Studios in London on 5 March 1967. This session produced the single "Little Games" backed with "Puzzles".  Although Dreja and drummer Jim McCarty were present to record "Little Games", Most used studio musicians John Paul Jones (bass and cello arrangement) and Dougie Wright (drums) for their parts to cut down on studio time. 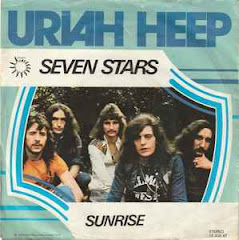 Step forward six years, and popular UK band Uriah Heep were working on their sixth studio album entitled 'Sweet Freedom', released on 3rd September, 1973. I distinctly remember the time when I bought this album, as I had only just discovered this band after listening to their 'Demons and Wizards' and 'Magician's Birthday' albums.  I couldn't wait to get the copy onto my turntable, and it was everything I'd hoped for. Every track on the album had its unique riff and sound, but one track in particular stood out for me - and that track was "Seven Stars".  Starting with its first 5secs of high pitched screeching and then its distinct 'galloping guitar riff' and Hammond organ interludes accompanying David Byron's vocals, this track had me hooked immediately.
My obsession with the band eventually faded once Byron and Hensley had left the band, but it was only recently that I stumbled upon the Yardbirds track "Little Games", and my heart sank even further. That magical riff in Seven Stars was the same as the one in "Little Games".
Ironically, the most popular track on Uriah Heep's 'Sweet Freedom' album was 'Stealin' which was also written by Ken Hensley! Hmmm.......Anyhow, have a listen....am I wrong or right? 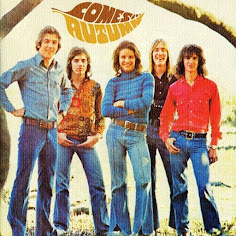 Lady Of Light (Autumn, 1971) V's  Ventura Highway (America, 1972)
Finally, I'd like to share the similarity between an earlier release by Australian band Autumn entitled "Lady Of Light" and the later hit "Ventura Highway" by popular duo America. Although the tracks differ in their sound (keyboard v's acoustic guitar) and speed, the general beat and riff along with vocal phrasing are too similar in my opinion.  Autumn's track is heavier and more labored than America's song I admit, but I find myself hearing the more popular Ventura Highway when listening to their track.
As the Autumn track was released more than 12months early than America's mega hit, it makes we wonder whether Dewey Bunell had heard this song, which inspired his writing of Ventura Highway. 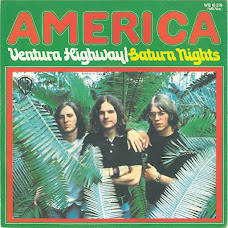 "Ventura Highway" was lifted from Homecoming, their second studio album which was released on November 15, 1972 through Warner Bros. Records. Acoustic guitar-based, with a more pronounced electric guitar and keyboard section than their first album.  Homecoming peaked at number 9 on Billboard's Pop Albums Chart and was certified platinum by the RIAA. It produced three hit singles, one of which was "Ventura Highway", which peaked at number 8 on the Billboard singles chart.
Well, there you have it - more 'ripoffs' that have occurred in the music industry, and of course I'm sure there are many more. If you have some examples that you would like to share with other visitors at Rock On Vinyl, then feel free to list them in the Comments.
I have included all of the tracks mentioned above as MP3 (320kps) in the download, so you can make your own judgment about each Rip Off.  If you found this post interesting, then you'll probably enjoy my first Rip Off post back in 2010.
Rip Off #2 Link (49Mb)
Posted by AussieRock at 12:30 AM