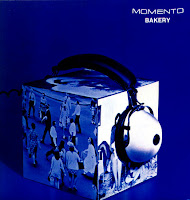 Bakery was formed in Perth during 1969 when Peter Walkers' band 'The Jelly Roll Bakers' split. Regarded as one of the leading 'underground' groups of their day, they are remembered for their superb debut album Momento, the innovative Rock Mass for Love LP and the powerful single "No Dying In The Dark". 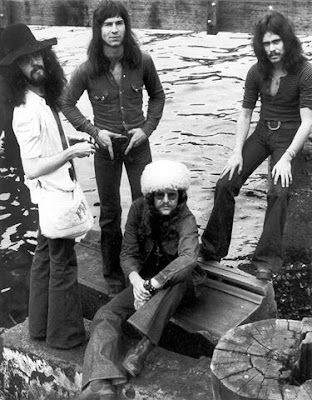 Bakery released only two singles, but both were impressive heavy rock efforts. The first, released on the RCA label, was "Bloodsucker" / "Leave Scruffy Alone" (February 1971). By the time they released their second single in July 1971, Bakery had signed with the Melbourne-based Astor label, who issued "No Dying in the Dark'" / "Trust in the Lord".
Both singles displayed the band's main stylistic influences, primarily the new wave of 'heavy' bands spearheaded by British groups Black Sabbath, Led Zeppelin and Deep Purple. "Bloodsucker" was in fact a Deep Purple cover, sourced from their In Rock LP. "No Dying in the Dark" was very successful in Perth, peaking at #9 on the local chart, and it's the track for which they are now best remembered. 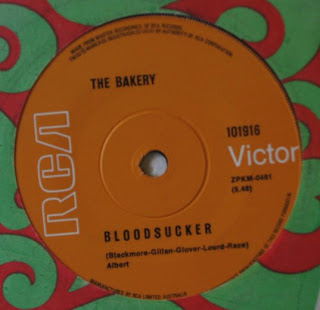 The B-side of the single was a track from their 'Rock Mass For Love' LP. This unusual project was a significant thematic departure from Bakery's usual progressive/hard rock style. Recorded live at a mass at St George's Cathedral, Perth on 21 March 1971, it was one of the first Australian musical musical works of its kind, preceding the first Australian production of Jesus Christ Superstar by almost a year.
Rock Mass For Love tapped into the current interest in what became known as 'God Rock' or 'Jesus Rock', in which composers sought to communicate the Christian message to young people by setting religious-oriented lyrics in rock or pop music arangements. In large measure, this movement was a direct reaction to the calamitous fall in church attendances that had begun in the Sixties, and the concurrent massive upsurge in the popularity of rock and pop music. Little is known at this stage about how this Bakery album came to be recorded, although some mention is made in an interview with band for the Australian music program GTK. 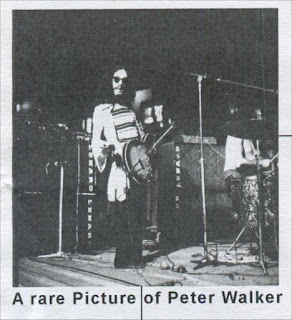 Bakery, meanwhile, was undergoing its first round of lineup changes. By mid-1971, both Worrall and Logan had departed, with Worrall briefly joining Ssarb before forming Fatty Lumpkin in 1972. They were replaced by Tom Davidson (vocals) and Rex Bullen (keyboards); Bullen had been a member of '60s Canberra beat group The Bitter Lemons.

Rock Mass for Love was issued in August 1971, narrowly missing the national Top 20, and it was also issued in the USA on the Decca label. After the LP came out, Mark Verschuer (ex-Barrelhouse) replaced Davidson on vocals. Verschuer sang lead vocals on their fantastic second album, the studio LP 'Momento' released a year later in August 1972. Ian McFarlane lauds it as "a fine example of European-influenced, heavy progressive rock" and Vernon Joyson reserves particular praise for the track "The Gift", written by Peter Walker, which he describes as 'an eight-minute barrage of bombastic riffs, arse-kicking solos and swirling Hammond organ in the mould of acts like Deep Purple and Leaf Hound'. Regrettably, like most of Astor's locally-recorded output, neither of the Bakery albums has ever been officially reissed on CD in Australia, which is a great shame, as Momento certainly ranks as one of the strongest and most accomplished Australian rock albums of the period. 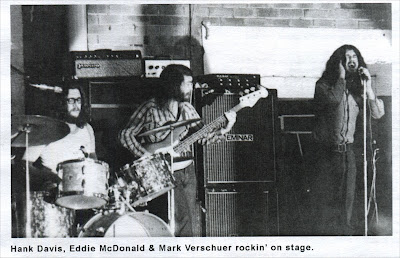 This four-piece version of Bakery is probably the best remembered incarnation of the group for fans in the eastern states. They gigged consistently, gaining a strong following on the east coast festival/concert circuit, playing alongside the other leading acts of the day like Billy Thorpe & The Aztecs, MacKenzie Theory, Chain, Carson, Madder Lake and Sid Rumpo. Bakery performed at the second Sunbury Festival in January 1973 and their live version of the jazz-tinged "Living with a Memory" (a track from Momento) was included on Mushroom's debut triple album set The Great Australian Rock Festival Sunbury 1973, released in April 1973. 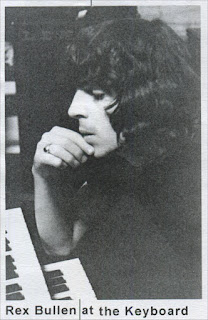 In February 1973, just after their Sunbury appearance, Phil Lawson (bass) replaced Steve Hogg and renowned New Zealand-born vocalist Barry Leef (ex-Simple Image, Hunger) joined as lead singer. In August, (the late) Jackie Orszaczky (ex-Syrius) replaced Lawson on bass. When Frank Zappa toured Australia for the first time during June 1973, he spotted Leef fronting the band at Chequers in Sydney -- Bakery regularly played a cover of Zappa's "Road Ladies" in their live set at this time -- and FZ was so impressed with Barry's vocal talents that he invited him to audition for the Mothers. Barry performed as a guest vocalist on "Road Ladies" at two of Zappa's Hordern Pavilion concerts, but sadly, contractual problems prevented him from taking up Frank Zappa's invitation to join The Mothers in the USA, and he reluctantly had to turn down the offer of a lifetime.

Bakery continued gigging until their split in February 1975, but regrettably they made no more commercial recordings. (extract from www.milesago.com)
. 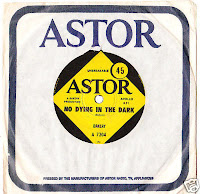 I have posted Momento, as I consider it to be one of Australia's best progressive rock albums of all time and highly recommend you give it a listen. My favourite tracks are 'Holocaust' with its complex jazz structure, laced with mesmerizing sax, guitar and keyboard solos, and 'The Gift' which exhibits a strong Deep Purple influence with its strong hammond organ and guitar power riffs. "Living With A Memory" is another great track, but the live version from the Sunbury recording is far superior and is probably indicative of their uncanny ability to reproduce their studio sound on stage and then some. My two biggest regrets in life is selling my copy of this album when I was a stupid teenager and that I never had the opportunity to see Bakery play live (particularly at the Sunbury 73 Festival)


This rip was taken from a Vinyl pressing at 320kbs and includes full album artwork. Bonus singles have also been included which were made available on the re-released CD of Momento, which is now out-of-print. The live Sunbury track was ripped from the CD entitled 'Highlights From Sunbury 73'
.
Track Listing
1. Holocaust 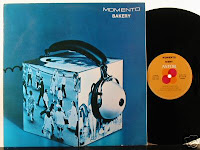 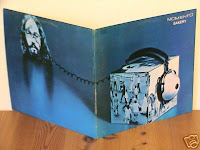