W.O.C.K on Vinyl - Haven't I Heard That Riff Before?

.
Before things get too serious at Rock On Vinyl, I thought it might be fun to post a song at the end of each month, that could be considered to be either Weird, Obscure, Crazy or just plain Korny.....

For this WOCK on vinyl post, I thought I might cover some of the 'Riff Ripoffs' that have occurred in the music industry, which probably makes it a ROCK on Vinyl post after all!
.
Firstly, the correct term for Rip Off is of course Plagiarism. Plagiarism is the act of copying someone else's written work and claiming it as your own. While the act can be illegal, as well as unethical, the term plagiarism is not used in law. Legally, it is one form of copyright infringement, so it enters into the arcane world of Intellectual Property law. When a musical composition is plagiarized, it's the copyright on the written musical score or arrangement that is being violated.
While accusations of music usurping show up in the news quite often, less than 100 cases have actually gone through the federal courts in the United States since the 1850s, according to the UCLA Copyright Infringement Project. As a plaintiff, you have to prove the other person copied a "substantial part" of your original work and you need to show a "substantial similarity" between the two works.
. 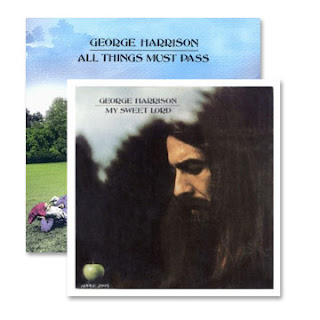 The most widely known case of plagiarism in the music industry is of course "My Sweet Lord", which hit the charts on January 23, 1971 as George Harrison’s first solo single. It was released under the Apple label and enjoyed the number one spot originally for five weeks. It remained on the charts for a total of twenty-seven weeks. All of this is the good news. The not so good news involves a song called “He’s So Fine” recorded by the Chiffons in 1962 and then moved under the Bright Tunes Music Corp label in 1971. The Chiffon’s song did well in the United States and received a luke warm reception in the UK.
On February 10th, 1971, Bright Tunes filed a suit against George Harrison inclusive of his English and American companies. The suite also included Apple Records, BMI and Hansen Publications. Though an out of court settlement was approached, including an offer of $148,000, but it never reached fruition before the court case proceeded, as the attorneys for Bright Tunes Music Corp. wanted seventy-five percent of the royalties and the surrendering of the copyright for My Sweet Lord.
The case waited to be heard for five years, during which time George Harrison’s attorneys continued to try to settle out of court. The case was heard in court for the first time, in February of 1976, George Harrison’s attorneys tried to prove out the difference between the two songs, but with little success. The judge found that though he didn’t believe George Harrison purposefully plagiarized the song, the two songs were essentially the same, only displaying minor differences to note and chord. George Harrison was found guilty of ‘subconscious plagiarism’ and a judgment was filed against him in the amount of $587,000 of which the full amount was paid and the judgment dismissed in 1981.
. 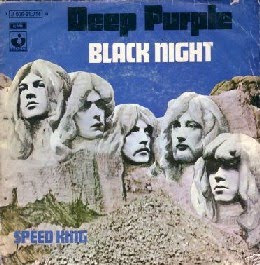 Another 'rip off' that is not so well known, is 'Black Knight' (1970) by Deep Purple which sounds very much like 'We Ain't Got Nothing Yet' by The Blues Magoos. I was personally mortified when I learned this fact many years after hearing Black Knight back in the 70's and my respect for Richie Blackmore diminished greatly thereafter. Actually, Wikipedia says: "The riff to Deep Purple's 1970 'Black Night' single was closely based off the riff to Ricky Nelson's 1962 'Summertime' (Deep Purple have said this themselves). In fact, the riff is a popular one to borrow. In 1966/67 the Blue Magoos had 'We Ain't Got Nothing Yet' around the same time that Status Quo had their own version. But the riff seems to stem back to Ricky Nelson's 1962 rock version re-working of the old George Gershwin standard 'Summertime'".
. 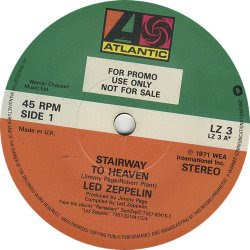 Also not so well known is the case of Led Zeppelin lifting a riff from 'Taurus' by Spirit for their best-known song, 'Stairway to Heaven'. Spirit went on tour in 1968 with Led Zeppelin, who were their support band at the time and were heavily influenced by Spirit while they toured together. Spirit's guitarist Randy California was reportedly just happy to let Zeppelin use his riff! Led Zeppelin have also been accused of using old blues songs, uncredited as the basis of their own tracks. "Taurus" is from the band's first album in 1968 and Stairway to Heaven was released by Led Zeppelin on their famous 1972 album 'Led Zeppelin IV'.
.
Finally, one of the more recent cases of Plagiarism to hit the headlines, are Australian rockers Men At Work who are facing hefty legal bills after a judge ruled they illegally used a popular children's tune in their 1980s hit "Down Under". Bosses at Larrikin music publishers in Sydney filed suit, claiming the flute solo on the track sampled parts of the "Kookaburra Sits In The Old Gum Tree", a song written by an Australian music teacher for the Girl Guides in 1934. Men At Work stand to lose up to 60 per cent of the income gained from their 1983 hit "Down Under"
However, in a statement, songwriter Colin Hay has 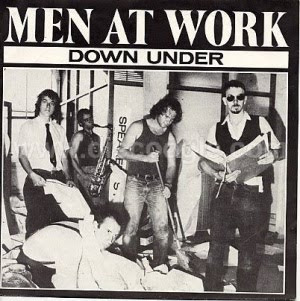 denied any wrongdoing. He admitted two bars of 'Kookaburra Sits In The Old Gum Tree' are part of the "arrangement" of 'Down Under', but not of the "composition" itself.
"It is indeed true, that Greg Ham (not a writer of the song) unconsciously referenced two bars of 'Kookaburra…' on the flute, during live shows after he joined the band in 1979, and it did end up in the Men At Work recording.
What's interesting, is that Mr Lurie is making a claim to share in the copyright of a song, namely 'Down Under', which was created and existed for at least a year before Men At Work recorded it. I stand by my claim that the two appropriated bars of 'Kookaburra' were always part of the Men At Work "arrangement", of the already existing work and not the "composition".
Stop Press: It would seem that EMI has lost their appeal to dismiss the claim and will be obliged to pay out some hefty royalties (see article in The Australian)
.
Well, there you have it - some of the more 'famous ripoffs' that have occurred in the music industry, and of course there are many more. If you have some examples that you would like to share with other visitors at Rock On Vinyl, then feel free to list them in the Comments.
I have included all of the tracks mentioned above as mp3 in the download, so you can make your own judgment about each Rip Off - with the exception of Men At Work V's Larrikin Music where I have provided a comparative news report (avi) video clip instead.
.
Rip Off Link (32 Mb) New Link 03/07/2016
.
Posted by AussieRock at 9:54 PM