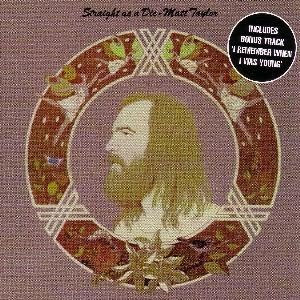 Taylor has been at the forefront of Australian Blues, performing solo as the great American blues often did, since 1972. He was able to personalise his experiences among Australian settings using the blues idiom. He is still unable to 'retire' without returning to play with some more younger artists wanting to learn the blues. Matt is currently back with some of his fellow Chain members doing the occasional reunion gig - Sunbury 2010 being the latest.
.An Australian blues legend, Matt Taylor has been playing his brand of Australian-twinged blues music since the mid-'60s. His first band, the Bay City Union, was formed in March 1966 and was one of Australia's first traditional Chicago blues bands. They issued one single, "Mo'reen"/"Mary Mary," in April 1968 before breaking up in July 1968 due to a general lack of interest in blues bands.
Taylor briefly sang with the Wild Cherries before forming the Horse, and then briefly stepped in as lead singer with Cam-Pact for a two-week tour of Sydney during early 1970. He then joined blues band Genesis in February, who released a collaborative single with Carson County Band, titled "Bad Luck Feeling"/"Back Home" under the banner the Meating. They toured until August 1970 when Taylor left to join Chain; the move proved fruitful with the hit single "Black and Blue"/"Lightning Ground" (March 1971) and the 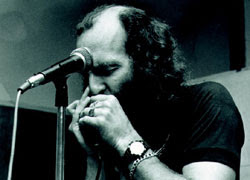 groundbreaking album 'Toward the Blues' (September).
Taylor left Chain in October 1971 and spent the next year living on a farm in Beechworth, Victoria. In January, Taylor performed at the 1973 Sunbury festival and the track "From Brisbane to Beechworth" appeared on Mushroom's triple live album set 'The Great Australian Rock Festival Sunbury 1973'. Another live performance, "Roberta" (recorded June 1973), appeared on the album 'Garrison the Final Blow Unit 2', and his performance with Chain on "Grab a Snatch and Hold It" also made it on the album.
His debut solo album, 'Straight as a Die', was released at the end of 1973. The single "I Remember When I Was Young"/"Krishna Loves You, Too," which had been recorded in an open paddock at Kingston Park Farm, hit the Top Ten in Melbourne. Note that his single "I Remember When I Was Young" didn't actually appear on the vinyl release in 1973 (even though a longer version of "Krishna Loves You, Too" did), but was included on the CD release in 1997. The single edit version of "Krishna Loves You" is available from Tom Mix Music. The album reached number 15 on the national charts and Taylor toured the country, performing at Sunbury 1974; the live track "We'll Never Do the Same Again" appeared on the various artists album 'Highlights of Sunbury '74 Part 2'. 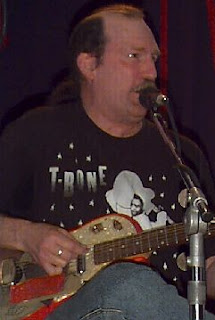 His second album, 'Music', was released in August 1974 and he supported Jethro Tull on their Australian tour in August 1975. His third solo album, 'Old, New, Intuitive', was released in September 1975, before Taylor once again retired to a commune, this time at Balingup, Western Australia. He formed a new band, Western Flyer, in 1977 and played with them until August 1979. He then formed the Matt Taylor Band with legendary slide guitarist Dave Hole and they toured Australia during the next year.
In December 1980, Taylor and Phil Manning formed the Matt Taylor Phil Manning Band, which issued the Oz Blues album in June 1981 and the single "Spring Hill"/"The Line." They supported U.S. guitarist Roy Buchanan on his Australian tour before disbanding in December 1981. In January 1982, Chain re-formed for the Mushroom Evolution Concert to celebrate the tenth anniversary of Mushroom Records. Taylor then re-formed the Matt Taylor Band which released the album 'Always Land on Your Feet' (February 1983). The Matt Taylor Band broke up in December 1983, and Chain re-formed yet again. Chain would tour on and off until 1995.

In April 1991, Taylor and Manning toured the country with other Australian blues legends before Taylor flew to Germany in 1993 to tour with a band called the Booze Brothers. He then played in the U.K., followed by the U.S., where he supported the John Heussenstenn Band and Walter Trout Band.
Taylor's fourth solo album, Pyramids and Spirals, was released in March 1995 followed by his fifth solo album, The Awakening, in 1997. Again working with Chain after its release, the band recorded a new album, 'The First 30 Years', and toured during 1998. A new Chain album, 'Mix Up the Oils', was released in July 1999. [ extract from Brendan Swift, All Music Guide ]

Taylor has played with a wide range of Australian artists, including: Phil Manning, Dave Hole, Lucky Oceans, Broderick Smith, Lobby Loyde and Greg Lawrie. He has supported major American blues artists like B.B. King, Albert King, Freddie King, Muddy Waters, Buddy Guy, Willie Dixon, Albert Collins.
Albert Collins said of him: “You play the blues, but it’s like no other blues I’ve ever heard in my life”. [Quote from Burrows, Toby, and Phil Riseborough. “I Remember When I Was Young: the Matt Taylor Story” Nedlands, W.A.: The Hilliard Press, 2009. ]
. .Matt has always been one to express his social opinions in his music and this album is no exception. In 'Mother Nature' Matt sings that we should be living a simple life which doesn't harm our environment and that everything we need is provided by Mother Nature. A similar message is conveyed in 'Chickens' where Matt attacks the multi-corporations - in this case Colonel Sanders exploitation of the Chicken industry.
The blues 'Simple Decision' is a really nice acoustic steel guitar piece and puts the challenge to all of us to make the right decisions in life - it's that simple!
'We'll Never Do The Same Again' is a basic 12 bar blues (with a typical Chain sound) with a simple Armagedon story line. It has a nice guitar and harmonica lead break in the middle that gives the track some real personality.
"Krishna Loves You Too" is one of my favourite tracks on the album, mainly for the great guitar work by Phil Manning that wasn't included in the single release. It was evident from this song that Matt was looking for alternative spiritual answers in his life at this stage of his life.
The vinyl version of the album finished with an instrumental titled 'Dance' that features an interplay between Matt's harmonica and the Tabla played by guest artist Jibon D.Mandall
The rip included here was taken directly from my CD at 320kps (although the bonus track "Fair Dinkum Aussie Blues" was sourced from Tom Mix Music with thanks) and comes with full album artwork. The original remastered CD only comes with one bonus track "I Remember When I Was Young" but this posting gives you both tracks to make it a 'double bonus' !
For a recent rendition of his hit single on the SBS Rockwiz show, follow this link
. 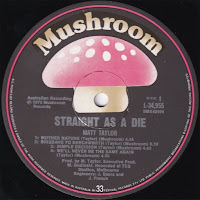 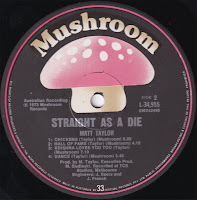