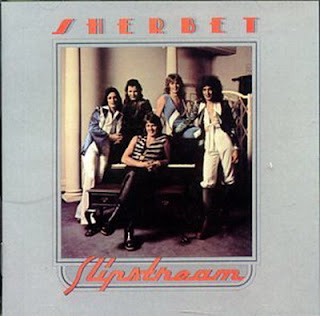 Sherbet was Australia's top pop group in the 1970s, with a fan base largely made up of teenage girls. They were the first band to reach AUS $1M in record sales in Australia; pioneered the concept of massive regional tours; and turned its merchandising into a huge industry.
Sherbet were formed in Sydney in 1969 by guitarist Clive Shakespeare with members of his former band Downtown Roll Band. Initially they started out as a soul band doing Motown material. They released their first single "Crimson Ships" the following year. In 1971 they won Australia's prestigious national rock band contest Hoadley's Battle of the Sounds. In the same year they had their first hit with the Ted Mulry song "You're All Woman" and from then on they had a string of hits. They became the darlings of Australia's teenyboppers and did regular appearances on the top TV pop show Countdown.
During the seventies no act was more popular on Countdown than Australia’s premier pop band, Sherbet. Sherbet made more appearances on Countdown than any other band in the program’s 13 year history.

Sherbet had a clean-cut boys-next door image; a big contrast to the bad boy persona favoured by their peers. There were often scenes of screaming, shirt-ripping and general girl-fan mayhem on the Countdown set when the band appeared. Sherbet’s first Countdown appearances coincided with their 'Slipstream album', which earned them five gold records. 'Slipstream' reached Number 5 in October 1974 in the Australian Charts and went on to sell over 100,000 copies. 'Life is for Living' and a greatest hits album soon followed. [extract from www.countdown.com.au]
For the better part of the Seventies, Sherbet were the Kings of Pop in Australia. By mid-decade they were undisputed rulers of the Australian charts and stages, and only with the appearance of the mighty Skyhooks was Sherbet confronted with its first serious rival.
Michael Gudinski (Skyhook's Manager) is quoted as saying "Like the Beatles and the Stones, despite the public rivalry, privately, the bands were good mates". 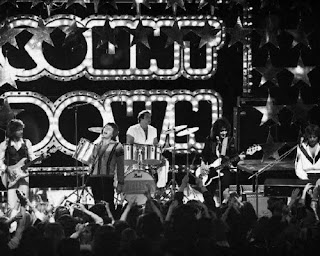 He recalls - "Funnily enough, we got on really well with Sherbet. Roger Davies (Sherbet's Manager) and I were already friends and we stayed good friends. Both bands used the rivalry thing to their advantage. People used to think 'Oh, they hate each other' and the fans would be fighting. Yet Sherbet actually helped us out. The first gig Skyhooks ever did in Sydney was at the Opera House with them, and we did quite a few shows together. But there'd be radio polls where listeners would vote for their favourite, either Skyhooks or Sherbet. It was an exciting time, a great era for Australian music" (Taken from Ego Is Not A Dirty Word: The Skyhooks Story by Jeff Jenkins, 1994, p 60)
Davies, vigorously marketed Sherbet as a teen-oriented singles band, producing some polished, highly commercial pop/R&B. In terms of teen adulation (especially with girls), they were the true successors to The Easybeats, with lead singer Daryl Braithwaite unquestionably the most popular male performer of the period. Their popularity reached Beatle-esque heights, with regular riots, mobbings and scenes of crowd hysteria. Exposure to a national television audience on Countdown vastly increased their popularity across the country. Sherbet avoided some of the excesses of glam, such as heavy make-up, but were partial to satin, velvet and custom-made bomber jackets.
. 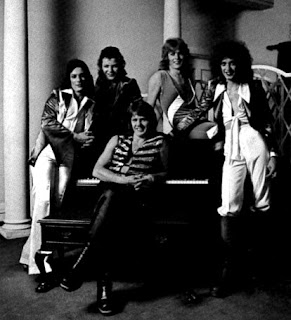 Although sometimes criticised (at the time) as lightweight, they were a classic pop band whose success was solidly founded on great musical ability and sheer hard work, not just marketing hype. Sherbet remains one of the best-selling and most successful bands in Australian music. They produced some great original material and enjoyed a record-breaking string of hits, with an amazing run of sixteen consecutive Top 40 singles between 1971 and 1977. They also hold the unique honour of being our first band to score an overseas hit with a song written, recorded and produced entirely in Australia - "Howzat"
In concert, Sherbet were outstanding. As their live recordings attest, they were tight, disciplined, consistent and highly professional. They were also one of the hardest working bands in the business. They kept up a punishing touring schedule throughout their career and visited almost every part of the country at one time or another, completing around 20 national tours. In an industry well-known for tantrums and "no shows", Sherbet missed only one gig in fifteen years of touring, according to Sandow! Sherbet was also the first Australian band to be able to maintain a large-scale, permanent touring operation which included "specially-designed stage clothes, 3 1/2 tonnes of stage equipment, a 2000-watt amplifcation system, and an integrated light show which included ... pyrotechnic effects." [extract from Milesago.com.au]
. 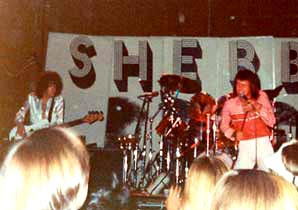 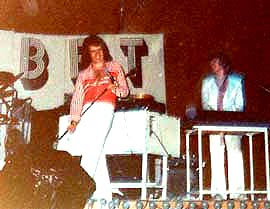 .
[Thanks to Debbie Krugger for the 'Live Photos' above]
.
Sherbet had the best tour books of any group around in those days, local or international. The "On Tour" book, written about the band's "Around Australia in 80 Days" tour, sold at newsagents and apparently was the biggest selling book on a pop group in its day.
In 1977 Sherbet went back overseas and – other than a quick trip home over Christmas/New Year to see family and do free concerts for 2SM and 3XY — stayed away for a year. When they returned, Daryl had a beard, Tony had tamed the afro, and the music sounded all grown up. The "Another Night on the Road" tour was in smaller venues than previous tours, and more musically satisfying, although the guys seemed frustrated that the fans still wanted to scream and hold up signs saying "DARYL U SPUNK" rather than listening to the lyrics of songs that they had sweated over in Canada and California. [extract from DebbieKruger.com]
From 1978, the band spent several years attempting (without success) to make an impact in the United States. The last studio album from 1978 'Sherbet' was issued in the United States under the name Highway and titled 'Highway 1'. After making little headway in the US market the band broke up for a short period before reconvening with new wave sound as The Sherbs and releasing 'The Skill' which made the US Top 100, 'Defying Gravity' and the mini-album 'Shaping Up'. Harvey James left towards the end of 1982 to be replaced by Tony Leigh. They decided to call it a day in 1984, reverting back to the Sherbet moniker for a farewell tour and final single "Tonight Will Last Forever".
Following the group's break-up, lead singer Daryl Braithwaite went on to a successful solo career in Australia, and Garth Porter became a successful record producer.

The rip provided here was taken from Vinyl at 320kps and includes full album artwork (thanks to Brett from Midoztouch for the artwork) Some choice photos of the band in the 70's are also included. As a bonus, I have also added an avi videoclip of Sherbet performing 'Slipstream' on the Paul Hogan Show in 1974.
The one track that first attracted me to this album when it first came out was "Wild Love", a real funky, hard base line 12 bar blues - but I would never have admitted this in front of my mates at the time! The title track "Slipstream" and "Freedom" (not the same track that Hendrix did by the way) were also personal favourites, but as a whole the album is probably one of their best releases. Something to watch out for (and it only took me 35 years to pick this up) is the teeny bopper track 'Handy Mandy' which contains some rather interesting lyrics!
.
Track Listing 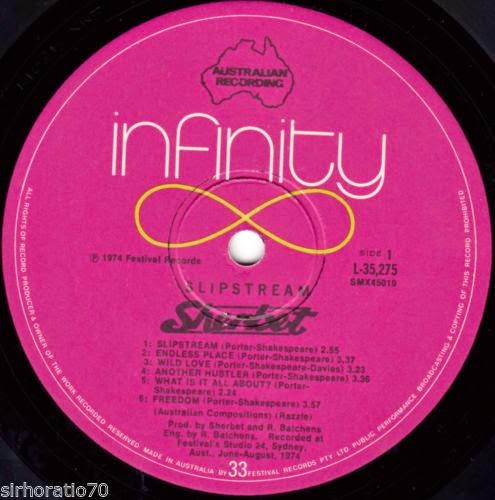