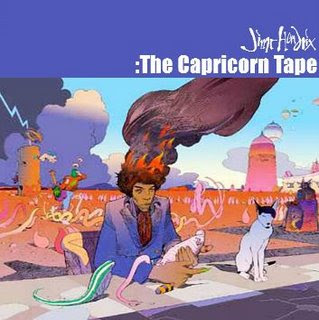 Here's one of my favourite Hendrix bootlegs of studio outtakes - mainly because the recording quality is excellent and it has a great track selection. This could pass as a Dagger Record release any day, in fact, these tracks were prepared and / or considered for the official release CDs ":Blues" and "Voodoo Soup". The 'Capricorn Tape' was first circulated in 2003 but the origin of its' name is unknown.
.
1. Getting my heart back together ( 8:14)
Record Plant, New York City, New York, USA
Composite of two takes.
First half:
Wednesday 21 May 1969 Engineer: Dave Ragno
Buddy Miles: drums, Billy Cox: bass, Unknown: congas
Second half:
Unknown date & location (1970?)
Mitch Mitchell?: drums, Billy Cox?: bass.
2. Belly button window (2:28)
Electric Lady Studios, New York City, New York, USA
Saturday 22 August 1970. Engineer: Eddie Kramer
Recorded on 1/2 inch 4-track, complete alternate take, the wah guitar part has probably been added from another take by Alan Douglas. 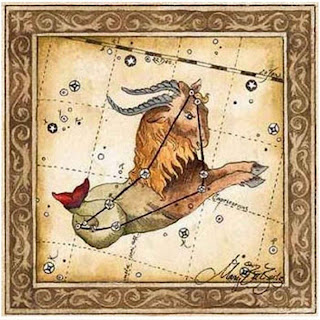