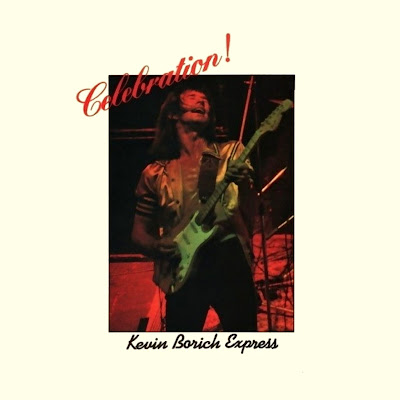 Kevin Borich is a New Zealand-born Australian guitarist and singer- songwriter. He was a founding member and of 'The La De Das', the leader of 'Kevin Borich Express', and a member of 'The Party Boys', as well as a session musician for numerous acts. Borich wrote "Gonna See My Baby Tonight", for The La De Das, which became a top 10 hit in 1971 on the Australian singles chart. He performed at some of Australia's biggest Rock events including the 1972 Sunbury Pop Festival and the late 1970s Rockarena tours with 60,000 people, featuring Fleetwood Mac, Santana and The Little River Band.
Australian rock music historian, Ian McFarlane has described Borich as "one of the most celebrated guitar players in the history of Australian rock. He also remains an underrated songwriter, and his live reputation has rarely been reflected in record sales".
Borich is now firmly entrenched as Australia's guitar hero supremo; his superb rendition of Jimi Hendrix's workout on Dylan's 'All Along the Watchtower' became a signature song, and his band was never allowed to finish a gig until they delivered it [extract from wikipedia]
After the La De Das folded, Borich formed his own band 'The Kevin Borich Express' in 1975 playing University's, pubs and other small venues and quickly established a following.
. 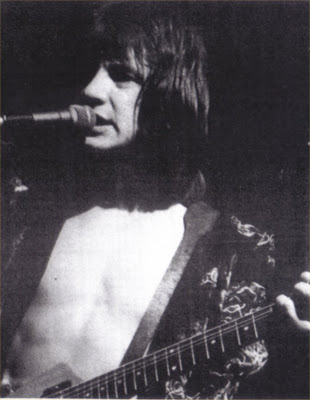 I saw Borich play more times than I can remember while attending La Trobe University in 1977, and as a big fan of 'axemen' at the time, Borich's guitar work floored me everytime.
He was the next best thing to Hendrix and his material at the time was taken from his then current album 'Celebration'. I can still remember sitting in the outside auditorium at lunchtimes listening to the thunderous wall of sound of "Snowball King" or his screeching guitar solos in "Celebration". In fact, Celebration follows the same formula that Robin Trower used on his classic track "Too Rolling Stoned", where he starts of at a fast pace and then breaks into a slow guitar solo that simply blows your mind! (without the use of any illicit drugs)
Awesome stuff.
.
RAM magazine ran the following article on Borich in their March edition (1977) around the time he released the Celebration album, entitled 'Burning Rubber'

Kevin Borich has just finished a gig with the Little River Band at the Haymarket, one of the 'Festival of Sydney' bashes. His roadie, who was acting as soundman for the band, got busted for having things 46-decibels too loud. That's emphatically beyond the legal limit of 92 dbs. Hang on, mumble mumble, 138 decibels ... that's louder than the one in the Guinness Book of Records. When Kevin says he likes volume, you'd better believe him. He's got a particular mad giggle reserved for the subject of aural power; it makes him look like a glamorous mad scientist, aged twelve. Right at the moment, Mr. Borich is weary. Not that he admits it, but the luggage lurking under his eyes gives him away. This interview is being dispensed in the comparative quiet of a banana yellow hire car; the tyres of Kevin's own elegant white Rover have fallen victim to the dreaded Hume Highway, that runs between The Express home base in Melbourne, and Sydney. "Starting to think it's me fuckin home", he mutters, "spend my life dodging fuckin semi-trailers ..." Back to band events. The Kevin Borich Express has had a population turnover as rapid as the staff of a trendy boutique, but the current bass player and drummer have been there for some months and look like staying that way. Tim Partridge, bass, and John Annis, drums, with Kevin and his guitar wardrobe have just finished an album. The band s solidified now, I guess because we've got a bit of product out. More things can be said about us over the airwaves. Kevin slips into his ten-years-on-the-road jive voice; "Something to sell. baby." The album was made over a period of three weeks at Armstrong studios i 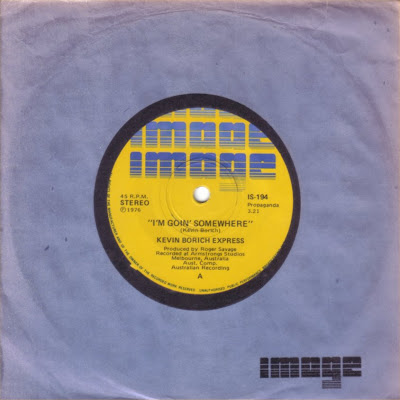 n Melbourne. It's all original material; some of it Kevin has been playing for over a year now. The arrangements have stuck to the basic trio, with the exception of a moonlighting Wilbur Wilde playing sax on a beautiful track called "Mon Ami". "There's some lady backup singers on a few tracks — one of them was a beautiful blonde. They're the surprise. Among other things you also get what have become Borich classics; "Going Downtown", "Rainbows" and "Celebration". That last song has been released as a single. It's had some airplay in Melbourne but hardly any in Sydney. Which is a pity, because it's a ripper. "It's all very new, this recording." Kevin muses. "I've done two or three albums before (with the La De Das) but I've never been so involved in them as with this one. Id just walk in and play, sit there and not say 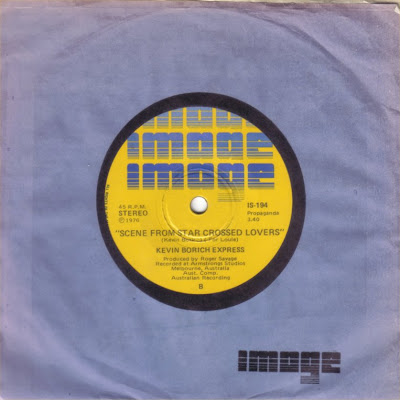 anything ... maybe curse later when I heard it back, because it was something I should have changed at the time. But there was no pressure on the shoulders with this one. Well, we had to get it finished quickly, which I suppose is pressure, but it didn't feel like it. If that sounds a trifle wandering, put it down to post-concert depression. The kind you get when you've just played in front of eight thousand people and your car needs new tyres, something to do with odd proportions. When you've been acknowledged as one of the best, and definitely the flashest guitarist in the country for years and the goddam radio won't play your single you're entitled to feel fatigue now and then. Borich could be comfortably settled in someone else's band, earning a fat salary, but he's elected to take the risk of leading his own three piece. He says he still likes the edge work of it all being up to him. of having his head on the chopping block as lone guitarist. The risks, apparently, are worth the gratification. The album Kevin Borich Express, should be released by the end of this month. If it's as hot as their live playing can be. it'll burn your ears. Or whatever it is guitar freaks singe in the process of ecstatic expansion ... tyres, maybe [Article by Annie Burton, RAM #53 March 11, 1977]
.
The rip was taken from my 'out of print' CD at 320kps and 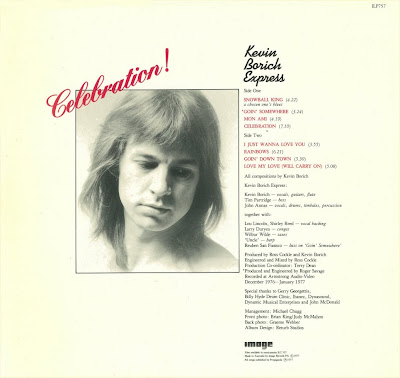 includes both the CD artwork and scans from my vinyl album. The CD cover is very different to the original LP cover (see below), and I much prefer the original (as shown at the top and its associated back cover on the right). I have also included the instrumental B-side to "Goin' Somewhere" entitled "Scene From Star Crossed Lovers", a live rendition of "Snowball King" taken from the Canned Rock LP as bonus tracks, and a scan of the RAM article. Play this one LOUD !
.
Track Listing
01 - Snowball King
02 - Goin' Somewhere
03 - Mon Ami
04 - Celebration
05 - I Just Wanna Love You
06 - Rainbows
07 - Goin' Downtown
08 - Love My Love (Will Carry On)
[Bonus Tracks]
09 - Scene From Star Crossed Lovers (B-Side Single 1976)
10 - Snowball King (Live at Parramatta Gaol 1979)
.
Band Members: 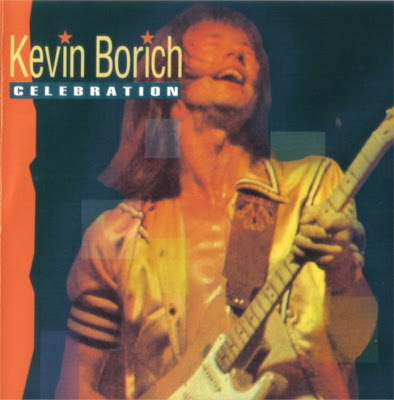