The Church - Of Skins And Hearts (1981) plus Bonus Single 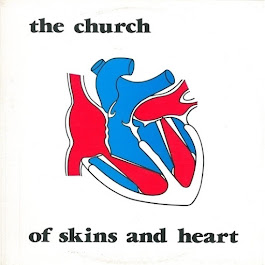 In 1980, the smart money was on edgy new wave. If you looked like Blondie, sounded like the Knack, and wore those “energy dome” hats made popular by Devo, you’d be on the cover of Rolling Stone faster than you could say, “Skinny tie”. Even Billy Joel had a go via his new-wave-lite “It’s Still Rock and Roll to Me”. Strange days indeed, and yet, bizarrely, in various locations across the world, young musicians turned away from all that and toward a previously off-limits area for musical inspiration.

After the punk-inspired embargo on the 1960s was finally lifted, a new generation discovered the Byrds, Syd Barrett era Pink Floyd, and 1967-1968 Beatles. Love’s Forever Changes was spoken about in hushed whispers, and everybody coveted that fringed jacket that Neil Young wore in the Buffalo Springfield. New Wave was about black and white; the sound that these musicians wanted to make was Technicolor.


If you could name more than five Australian artists in 1980, you were in the top 5% of pop music know-it-alls. Of course, music was happening on the island, but very rarely did it manage to escape the Antipodes. Does anyone remember The Divinyls? I thought not. This lack of international profile didn’t deter Steve Kilbey — a British-born musician who left the UK with his parents at the age of five — from making music. After a couple of false starts with “nearly-but-not-quite” outfits, he formed the Church in 1980 alongside long-time cohort Peter Koppes, drummer Nick Ward, and traveling Liverpool-born guitarist Marty Willson-Piper. 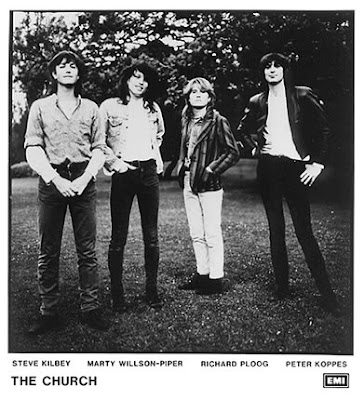 Bound by a love of jangle, paisley, and mind-altering substances, the band was signed to EMI after a four-track demo recorded in Kilbey’s bedroom caught the attention of a publishing company. Their debut record, Of Skins and Heart, came out in April 1981; the first single from it, the rather pedestrian “She Never Said”, was a flop. Luckily, it was followed quickly by “The Unguarded Moment”, a Top 30 single in Australia and New Zealand. Honestly, that’s where it should have ended, but it didn’t. Forty years later, the band has a unique place in popular music and a voracious and fiercely loyal fanbase. How did that happen?

Of Skins and Heart is a curious record. It plays lip service to the prevailing winds of new wave but still manages to contain the ringing Rickenbacker jangle of 1966. Across its original nine songs (the track listing was reconfigured in the US and again in the UK), you get Dylanesque balladry, quality pop-rock, a couple of brave attempts at grandeur, and a bonafide classic in “Bel-Air”. Produced by the unlikely pairing of Chris Gilbey (AC/DC) and Bob Clearmountain (Bruce Springsteen), it’s obvious that the band were not so gently nudged/shoved into making a record that sounded like the kind of thing the Cars would have recorded if they’d have been born a few thousand miles to the right of the map and fallen out with their keyboard player. Nevertheless, there’s just something in these songs that hints at great things to come. 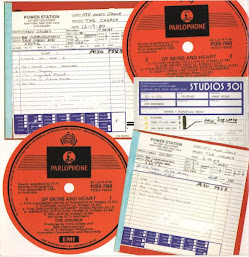 It’s all about the guitars, really. Peter Koppes’ playing was built on classic lines—carefully structured solos and a neat, measured approach to rhythm work. In contrast, Willson-Piper jangled on his 12-string and had a slightly more blatantly “rock” style. Together, they meshed beautifully, like a classic Verlaine/Lloyd pairing for the new decade.

Although Of Skins and Hearts is a solid record, it does hold some weaknesses. The new-wave trappings imposed upon them suck a little life out of a few songs. Likewise, Nick Ward does an adequate job driving the band, but his meat-and-potatoes approach to drumming gives the band little room to breathe. The fact that he was replaced by Richard Ploog shortly after the recording says it all. As a hit single, “The Unguarded Moment” was both a blessing and a curse, as the band quickly tired of playing the song live. It’s easy to see why, too, since the arrangement lacks interest, and the whole piece is saved by some interesting guitar lines and Nick Ward’s mournful backing vocal. 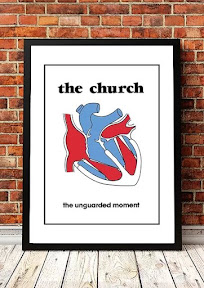 It was a staple of the band’s live set for years, but it was often played perfunctorily as if the band was eager to move on to the next song. “Bel-Air”, however, is a gem. This is the first real example of Kilbey’s unique lyricism, combining a cinematic approach with an insightful, impressionistic touch. Throughout their career, the Church ensured that their words were always worth paying attention to (even if the rest of the tune was a little lackluster).

The centerpiece of Of Skins and Heart is “Is This Where You Live”. Written as an epic stage piece, it gets the full treatment, from the brooding synth and bass opening to the backward guitars and “Hey Jude” style chorus. Whereas the official studio version is a little stiff, the live renditions would take on a life of their own, ramping up the intensity and piling on the pressure. It was a joyous thing to behold.

I don’t think that Australian music television show Countdown could have picked a better backdrop for The Church to perform in front of for one of their most memorable songs—“The Unguarded Moment” from their 1981 album Of Skins and Heart—than a stage rigged with lighting that resembled church-style stained glass. This 40 year-old footage is really quite surreal
In his 2014 autobiography, 'Something Quite Peculiar', Church vocalist Steve Kilbey, (who also hosted Countdown himself a few times) recalls how that very performance on made such an impact overnight that people were turned away at the door of at their gig the following eveing, as the venue was quickly (and quite unexpectedly) packed to capacity. Kilbey also fondly refers to the early days of The Church’s career as his “halcyon days” thanks to the rather sudden fame the band experienced back in 1981 (as they had only formed the year before).

In 2011, the Church joined up with a 40 piece orchestra to breathe new life into their #1 hit 'The Unguarded Moment" and is brilliant!
In 2022, the Church appears to be thriving again (despite only Kilbey and Koppes surviving from the band that trooped into Studio 301 in 1980 to record Of Skins and Heart). Twenty-four albums later, the band is soon to embark on a short tour and a dedicated and loyal fanbase is rubbing their hands together in glee. They have had messy fallouts, critical acclaim, and critical damnation in the interim, not to mention a gold album with 1988’s Starfish (their breathtaking international breakthrough record). 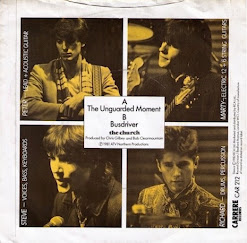 Of course, that first album turned 40 last year, which was cause for celebration. The band has carved out a unique place in popular music from an unlikely location and with the most unlikely set of influences. Long may they swim against the tide. [Extracts from Popmatters, By Ian Rushbury 21 April 2021] This post features FLACs ripped from my 'Orange Label' Parlophone vinyl and also includes full artwork for CD and vinyl media. As a bonus, I have also include the non-album B-Side to The Unguarded Moment single, "Bus Driver". In my opinion, this album deserves a place in the 'Top 10' Aussie albums of all time.
Tracklist 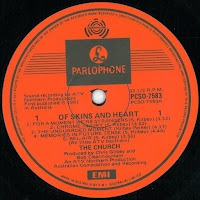