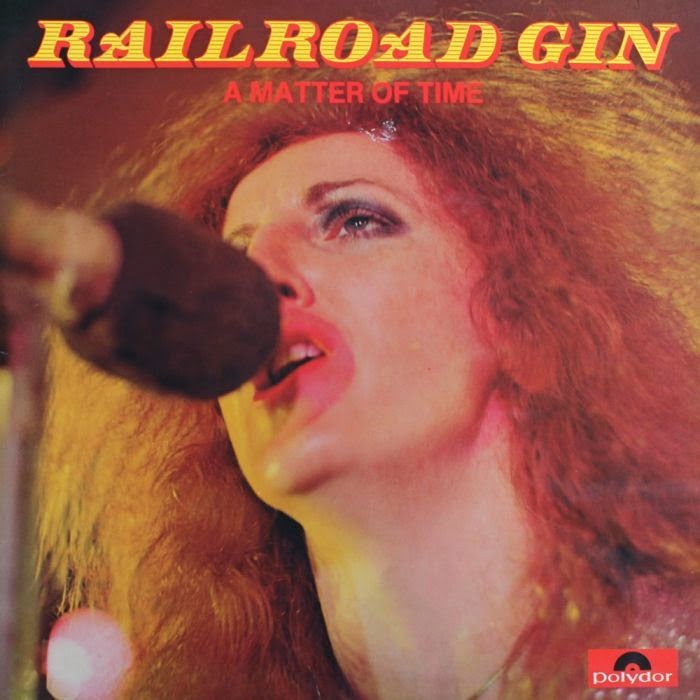 Anyone with an interest in rock music in Queensland in the early '70s will almost certainly be familiar with Railroad Gin. They formed in Brisbane in 1969 more as a jazz and blues outfit the band.
In the early days the band performed at venues such as "The Open Door", "The Red Orb" and "Quentins", a cellar disco opposite Centennial Park in Wickham Street Brisbane playing material like "Don't Let Me Be Misunderstood", the Beatles hit "You Can't Do That", and songs by Spooky Tooth, Santana, Albatross and Black Fox.
Geoffrey Fitzgibbon was the original lead singer with Railroad Gin. By day he was working at the same advertising agency as Carol Lloyd. Legend has it that he heard her around the office humming at about ten octaves above the average person and invited her to try out with the band. For the next few months she appeared on stage as backing vocalist for them every Sunday night at "The Red Orb", most times to an audience of 20 or so. On some of the slower nights they'd kill time with Dylan poetry readings and Carol, it seems, was quite fond getting out front to perform a noteworthy recitation of 'Rindercella'.
September 1971 is flagged as the first major gig for the band with Carol taking center stage as lead vocalist. At an open air concert presented as part of Brisbane's Warana Festival, Carol, in her own words was 'petrified'.
By the end of the following year the band was really showing signs of developing some direction. They had won the finals of the University Bands Contest at Festival Hall with a selection of songs which included the Rita Coolidge hit "Superstar"; they'd also taken up a performing residency at "Quentins"; played at the opening of the luxurious new Pacesetters Club at Lennons Plaza Hotel and more importantly gotten a taste of what they were capable of in a recording studio.
Definitely one of the great triumphs in Railroad Gin's career is the incredible Rock Mass they performed with the Queensland Youth Orchestra in 1973 in front of 7000 people at St. John's Cathedral in Brisbane. Some weeks later they performed an interdenominational church service which packed a city fringe church in Brisbane's West End.
By late 1973 the band included Bob Brown (percussion), Gary Evans (Drums), Peter Evans (flute, brass), Dim Jansons (bass), Laurie Stone (keyboards) and Phil Shields (guitar). This line-up blazed many musical trails in their short time together. They were signed to an international record label, were pioneers of multi-track recording, performed Rock Masses, enjoyed number one singles and their Matter Of Time LP stands up as one of the great Australian releases of the era.
.
Other memorable moments for the band would have to include the occasion of their support gig for rocker Suzi Quatro at Festival Hall in 1974. Suzi, as expected, performed in black leathers but allegedly made certain stipulations as to where and how Carol was to sing. Carol, suitably offended and very much the individual defiantly marched on stage clad in Chinese brocade knickerbockers, silver tights and platform shoes, topped off by some strategically placed sequins and an old red fox cape leaving a fuming Quatro to watch from the wings. Co-incidentally this particular evening was the public debut of the Gin song "Don't Rile Me" and given the imposing atmosphere was probably never a more appropriate inclusion.
This 1974 album captured the groove heavy rock that the group had become famous for while touring extensively throughout the East Coast and South Australia.
. 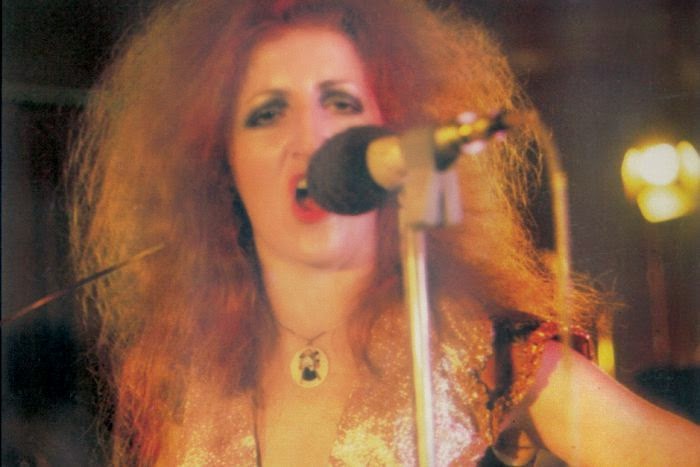 .
By September 1975 Carol, who had reportedly been having major throat problems, had decided to quit the band. Her replacement, if only by chance, was 19yr old session singer Judee Ford.  Not long afterwards Lloyd cut another great LP with the Carol Lloyd Band. It was released internationally and sold well in Europe and South East Asia.
Gin's management had put an ad in the papers seeking a new vocalist but Judee didn't see it. Later, whilst she was talking to the drummer's brother over drinks, she mentioned that she had done some singing in a now defunct, straight rock 'n' roll band, Tramway. Gary Evans' brother took her phone number, the band rang her the next day, an audition was arranged and Judee Ford was consequently promoted into the band and stayed with them then until their demise in 1977. 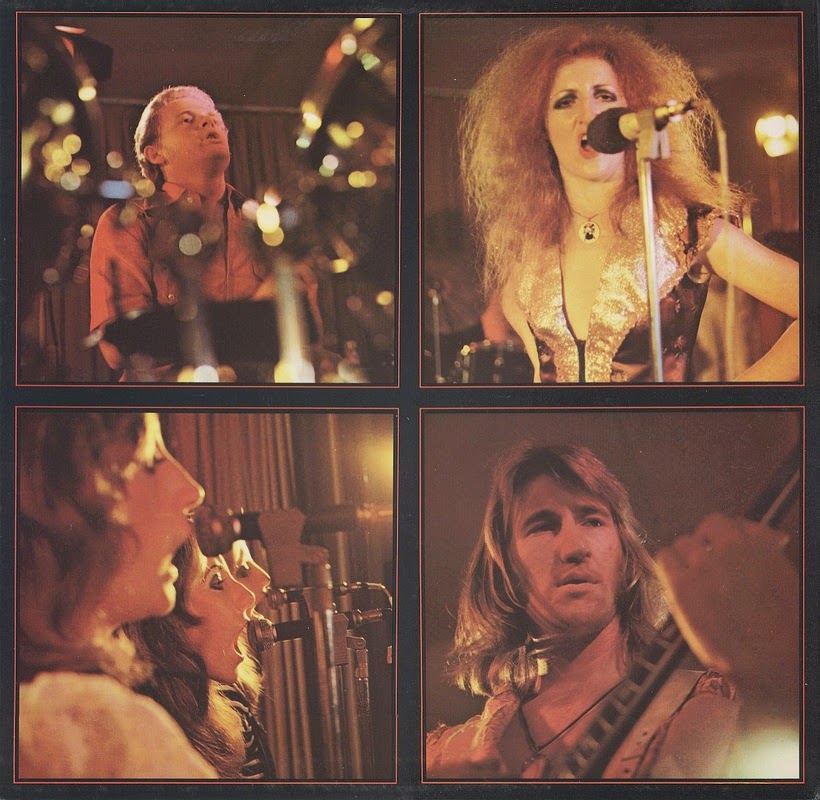 .
Press releases for November 1975 triumphantly announced the signing of a new 3 year recording contract with Phonogram giving them a budget of $10,000 to record, package and promote their next album. During subsequent recording sessions the album was given the working title of "69,000 Hours" but by the time it was released in November 1976 most of the key band members had quit and it was given the more ominus title of "Journey's End". Unable to match the success of the 'A Matter Of Time' album and with such upheaval within the group it was fairly obvious that the end was nigh. The band headed south to Sydney around December of that year and was managing to get up to 3 nights work a week around the booming Sydney disco-bistro scene. It is believed the group disbanded not too long after.
Railroad Gin have a plaque on Queensland’s Walk of Fame on Brunswick Street in the Fortitude Valley along with The Bee Gees, Savage Garden, Keith Urban and Powderfinger. [extracts from ABC.net.au and Railroadgin.tripod]
.
Sadly, Carol Lloyd, Queensland’s original “rock chick” may see a new irony in her most famous 1974 song, It’s Only a Matter of Time as she has been contemplating her own mortality for more than a year, after being diagnosed with a terminal lung disease in April, 2013.Let's hope this is just a play on words and she makes a full recovery.
Recently, Lloyd has thrown herself into her work as a mentor and producer for a number of younger artists, including Brisbane nouveau-classical band Topology and singer-songwriter Sue Ray (pictured above).
Lloyd is also 7000 words into a memoir about her time in the hedonistic rock world of the 70s and 80s, with Railroad Gin, The Carol Lloyd Band and other projects.
.. 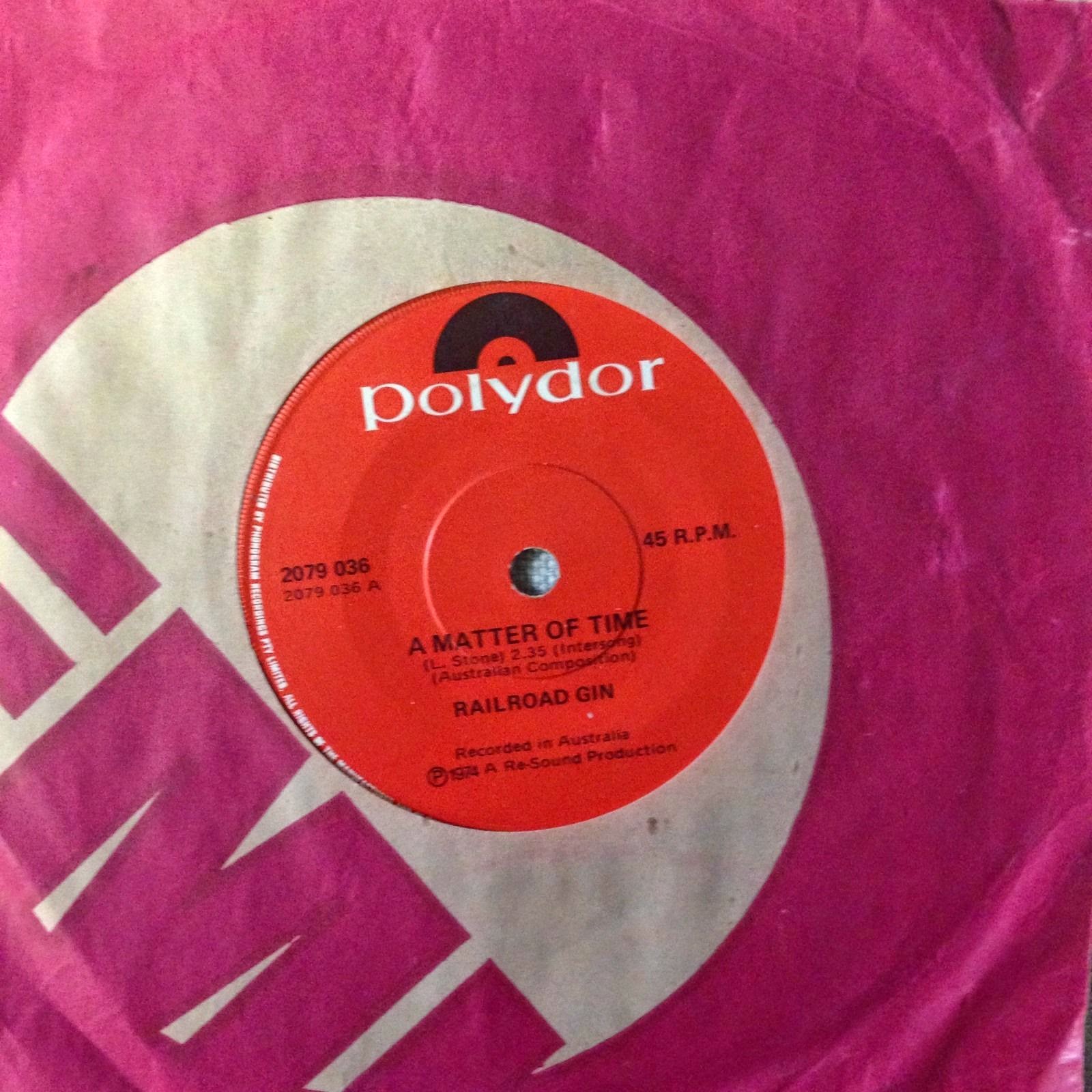 In an interview with Natalie Bochenski (reporter from the Sydney Morning Herald), Lloyd had this to say:
“I’m certainly going to give people a little window into certain aspects of my life which they’d have no idea about,” she said.

One aspect will be her drug and alcohol addiction, sparked by getting hooked on a bizarre drug cocktail in her early 20s.

“I had no idea what I was smoking ... it turned out to be mescaline-dipped, heroin-injected hash,” she recalled.
“I was doing this a couple of times a week for nearly a year, so yeah, I wasn’t in great nick.”

To withdraw, she turned to whiskey, consuming over two bottles a day.

“I didn’t expect to see 25, let alone 65, so I’ve done pretty well to be around this long.”
.
This post consists of a vinyl rip in MP3 format (256kps) which was kindly supplied by blog follower Peter296 (thanks mate). I'm posting this  rip because of a request I received some time ago. Full album artwork for both LP and CD are included. This is certainly a lost gem that needs to be circulated again. 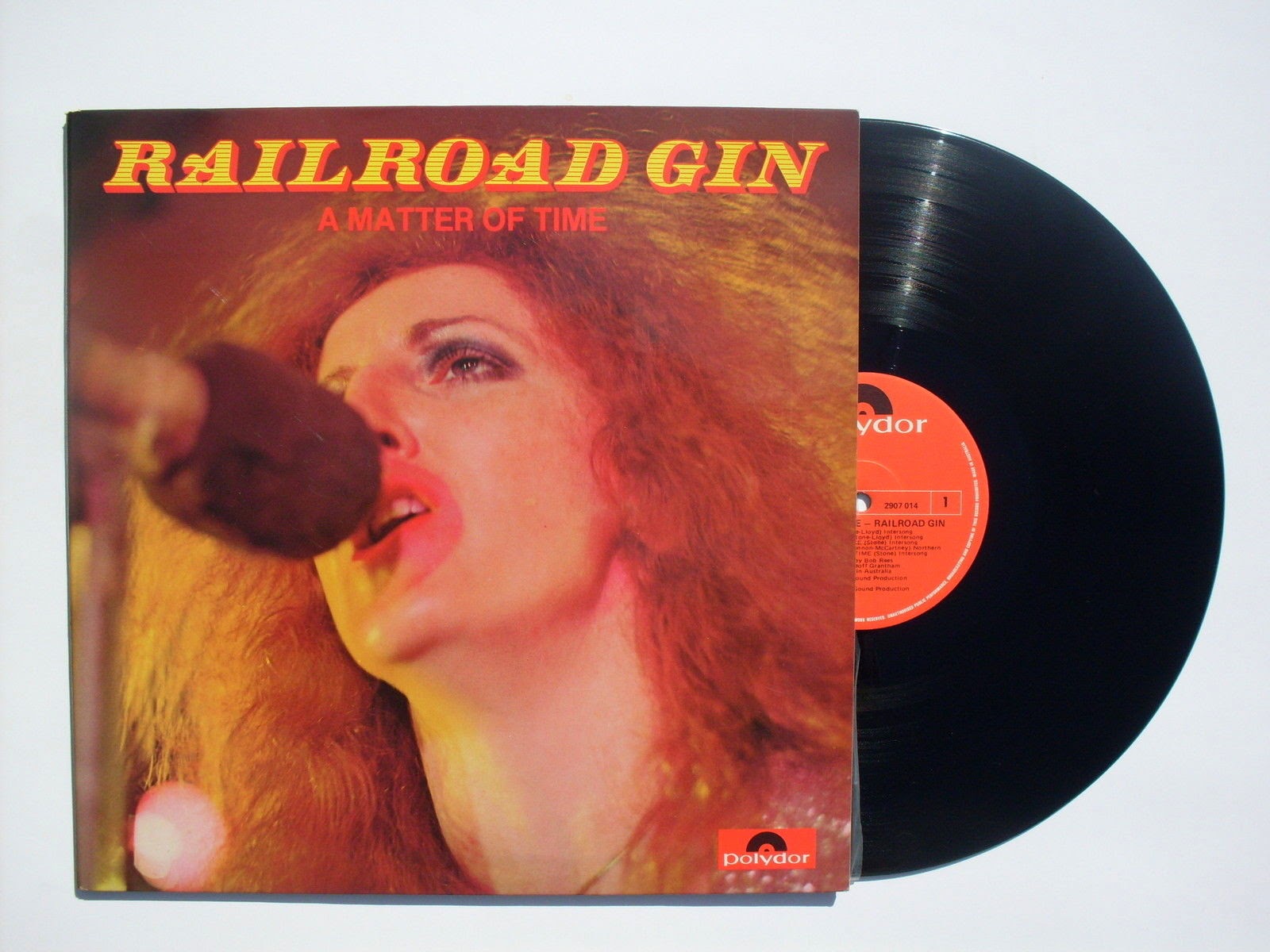