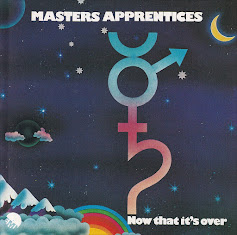 The Masters Apprentices were hugely popular throughout Australia, scored a string of hits and were consistently hailed as one of Australia's best live and recording acts. They started out as an instrumental band, rose to prominence during the mid-Sixties "Beat Boom", moved through psychedelia and bubblegum pop, finally becoming one the first and best Australian progressive/hard rock groups of the early Seventies. They went through many lineup changes, with vocalist Jim Keays being the only constant, and their membership also illustrates the intricate interconnections between so many Australian bands of that era.
By 1971 The Masters' had established themselves as one of Australia's finest progressive music acts. They were living in England in this era and that clearly helped keep them fully abreast of the latest trends. Their Choice Cuts album and "Because I Love You" 45 were both recorded at Abbey Road's No. 2 studio. The 45 gave them a No. 12 National hit.
This collection presents highlights from the Masters Apprentices' Columbia/EMI recordings during the years 1969-1972, widely considered to be this legendary band's most creative and productive period. The album also features seven hit singles including several tracks from the Abbey Road sessions of 1971. It also features my favourite Master's track - "Future Of Our Nation" 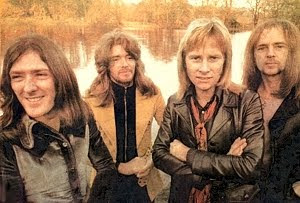 I'm not alone - Jim Keays and Doug Ford of the Masters Apprentices, whose temporary home this is, and my friend Martin are here too - but the room is strangely silent. Nobody's talking. There is a stifling depression in the room, it's my fault, and the others have, after valiant efforts, resigned themselves to it. 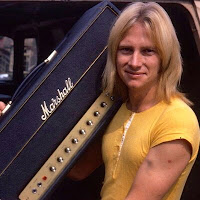 Glen Wheatley (see left) comes in after an afternoon hustling newspaper columnists and disc jockeys. He asks how long we've been there. Jim indicates an empty bottle of Johnny Walker stranded on a coffee table. "Oh, about four hours. We've drunk a bottle of whisky." Jim doesn't drink.

That afternoon was fairly typical of my hung up brung down time in Sydney. A period of frustration (Godard's One plus One started the day after I left, it rained incessantly) and personal and private doubt. Sydney wasn't exercising its usual rejuvenating powers, but the fault, obviously was not in the city, on the stars... 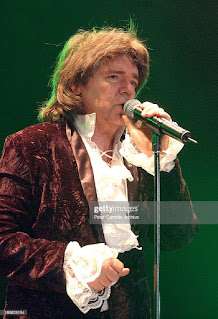 My mood over that period soured many reunions and that afternoon with Jim Keays (see right) was no exception. Jim was the only member of the band I'd met before the Masters left for London last year to record an L.P. at Abbey Road. I had always had a great deal of respect for Jim Keays as one of the very, very few personalities on the local rock scene to project the calculated arrogance, abandon and intelligence that typifies the best international rock singers. I had a great deal of respect for the Masters altogether - Jim, Doug Ford, Glen Wheatley and Colin Burgess. In virtually the last six months many beautiful bands have suddenly appeared, bands like Spectrum, Lipp Arthur, Greg Quill and Country Radio, Sons of the Vegetal Mother and Daddy Cool, bands that are genuinely original and into themselves.

But it certainly hasn't always been so - the Australian pop industry, for that is what it is, was a giant vampire, stalking overseas trends, pouncing, sucking dry and leaving us animate but lifeless imitations. That's a vast, and perhaps not altogether fair, generalisation, but - to me - in all those arid years, apart from noble failures like Procession and Party Machine, only one Australian group consistently interested me. The Masters Apprentices. They are not an Australian band imitating an English band imitating a white American band imitating a South side Chicago band of black blues men in their forties. 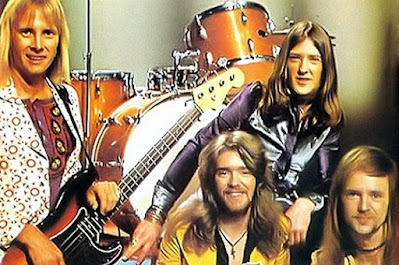 The Masters have - until recently anyway - been underrated and misunderstood precisely because they haven't checked out overseas Brands X, Y or Z and then decided to become the local version of aforesaid Brands X, Y or Z. They (and perhaps I really mean Jim Keays, because since he formed the group over five years ago he has hired and fired many group members) have always been themselves, and in being themselves have always been the genuine article, a one hundred per cent rock'n roll band. Young, white and able. Horny poets. The Masters have never compromised themselves - 'Living in a child's dream' was a 'ballad', wasn't even written by the formidable Keays/Ford songwriting team, was
written by Mick Bower, but the Masters take it, make lt into something beautiful and distinctively theirs. They even pull off (just) a commercial piece of campyness like Linda Linda. (Were Parker Tyler alive and well in Australia I'm sure he'd build an article around Jim's extraordinary phrasing and inversion-of-the-obvious colloquial in this particular song...) 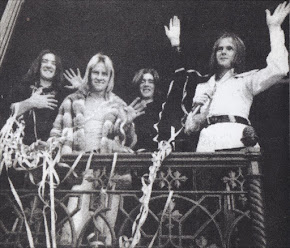 Anyway, I met Jim just before the London bit, and I dug him. Very much. A really good guy. So I was saddened that I couldn't manage to be a more gracious guest on that Sydney afternoon - particularly as he and Doug had so many incredible stories to tell. (One in particular, of fascist Panama and four Masters with their hair in pins under hats to avoid police barbers, and encounters with dealers in motor- mower clippings (and exactly that), sick donkeys, lunatic taxi-drivers, bleeding victims of the local authorities, and a wild, unwonderful climax that encompasses mountain tops and pursuing police, is, as told by Jim Keays, a side-splittingly funny nightmare that must sometime be put down and preserved on tape.)

Stories about London, how they've changed, grown, the complete dissolve of ego when 'you're on your own, no direction home, like a complete unknown'. And the development of their music...I've heard the acetate of Choice Cuts, the Abbey Road L.P. (with Lennon alongside, recording his solo album in Studio One) and it's there. It really is. I love it all. But there's a song called "Michael" which haunts me, coming to me in the most unexpected places...suddenly the desolately beautiful chorus is in-my-head. And I've only 'heard' it twice. And there's a song, "Death of King", which postulates the emergence of the Black Panthers as being a direct result of the assassination of Martin Luther King which is 'historically' wrong but emotionally and politically correct. And there's a whole lot of beautiful stuff going on [Notes by the late Howard Lindley]. 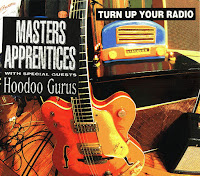 This post consists of FLACs ripped from my 'out-of-print' CD (sounds better than my vinyl) and includes full album artwork for both media. As a bonus, I have chosen to include a re-recording of their 1970 hit single "Turn Up Your Radio", which was released in collaboration with the Hoodoo Gurus in 1995.  I have their other best of compilation called "Choice Cuts' but I personally prefer 'Now That It's Over' when I need a shot of the Masters. It should be noted that Glenn Wheatley went on to manage and promote John 'Whispering Jack' Farnham in the 80's and used the experiences he had  while touring overseas with the Masters to ensure that the same mistakes were not repeated with Farnham.
Tracklist 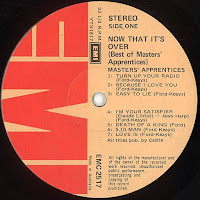 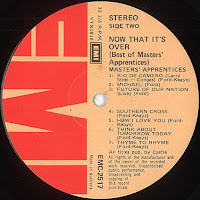