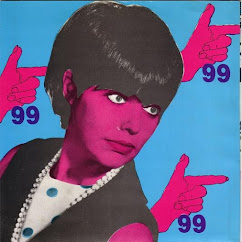 In her famous role as Agent 99 on the 1960s hit TV show "Get Smart," Barbara Feldon said she was probably the only actress in Hollywood with callouses on her ankles: She often folded her foot over and slouched to avoid standing taller than the leading man Don Adams, who played the role of Maxwell Smart.

"I am so much taller than him," Ms. Feldon said of her co-star. "He was so surprised the first day. He never met me before they did the pilot and they cast me. So when I walked in on the first day and I was taller than Don, it wasn't good news. I can barely watch the first year [of the show] because I'm slouching so much."

Ms. Feldon, who was born in Butler County and graduated from Bethel Park High School, discussed her character before an audience of about 200 people Saturday at the Heinz History Center in the Strip District. It was part of "Vintage Pittsburgh: A Retro Weekend" held in connection with the center's ongoing exhibit celebrating 1968 as "The Year that Rocked America." 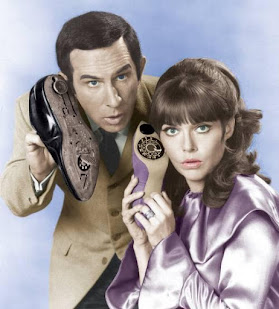 That was also the year "Get Smart" was among the top-rated shows on prime-time TV.

Created by Mel Brooks and Buck Henry, "Get Smart" was a parody of James Bond and other spy movies that became popular at that time. Maxwell Smart and Agent 99 are secret agents working for a spy agency in Washington, D.C., who battle the forces of evil plotting to take over the world. Agent 99 is the faithful sidekick to the brilliant, but clumsy, Maxwell Smart. She often saved the day with her skill and intelligence.

Interestingly enough, Agent 99 never had a real name. "She was only a pretty number," Ms. Feldon said. "They wanted to call her Agent 100, but 99 seemed like a girl's number."

The show was notable for its high-tech spy gadgets, such as the shoe telephone Maxwell Smart used to communicated with the "chief," bullet-proof invisible walls, a hidden camera in a bowl of soup and the infamous "Cone of Silence," a transparent bubble that Max and the chief used for top secret conversations, although it never worked as it was supposed to. 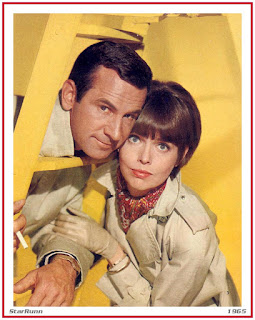 As for her personal relationship with Adams, who died in 2005, there really wasn't one during the show's run from 1965 to 1970. She said Adams was preoccupied with acting and writing scripts for the show. Although the two spy characters eventually fell in love, got married and had twin babies, they did not socialize at all off camera.

"Don was very nice, but we had no relationship," she said. "But Agent 99 and Max had a relationship. So the minute we were in character, there was this absolutely no-holds-barred communication between us. Later on [after the show ended its run], Don and I became really, really sweet friends." [Published April 14, 2013, Pittsburgh Post-Gazette]The Single
Recorded at the height of the popularity of the "Get Smart!" TV show, this is a somewhat humorous pair of songs named after the characters in the series. Feldon played Agent 99 in the series--thus the plug side is entitled "99". The other side is....would you believe..."Max"?

Feldon does not really 'sing'. She reads the lyrics with the delectable purr of Agent 99. It's all fairly silly, but brings back fond memories that will probably lead to the purchase of more "Get Smart!" DVDs. With top comedy writers and the participation of no less than Mel Brooks and Buck Henry, "Get Smart!" was one of the edgier comedies of the sixties. 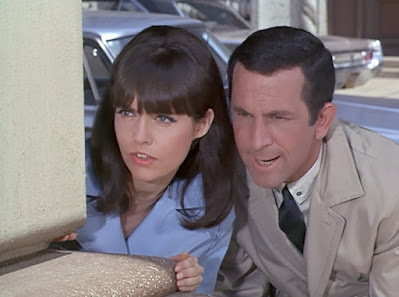 How obscure is this? So obscure I didn't even know it existed until a few years ago, even though I was an incredibly huge "Get Smart" fan as a kid, even though Barbara Feldon is pretty much the only T.V personality I have ever had a crush on, except maybe for Mary Anne from Gilligan's Island and Emma Peel from the Avengers. Even though I knew about the Get Smart LP of all things: I had no idea Barbara Feldon had ever recorded a single. 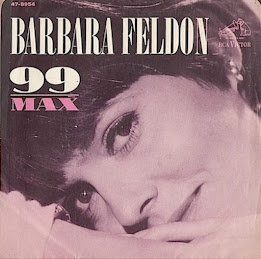 So, is it good?  Well, as you might expect, Barbara Feldon can't actually sing, but as you also might expect, this doesn't matter. Honestly, I kind of like it. Anybody can try to be sultry when they have a decent singing voice, but being sultry when your singing is flat and has no range at all, well, I for one find that to be infinitely more appealing. So yeah, I like it! More celebrity novelty records should sound like this, I think. And dig that Swingin' Pop Art cover!
As you can guess, this single fits in nicely with the W.O.C.K on Vinyl theme - it's  a little Weird, it's a little Korny and I reckon it's Obscure.  But then again, others may not agree. So much so, that famous catch cry of Max might be appropriate "Missed by....that much!"    I'll let you be the judge.
Ripped from vinyl, this post consists of FLACs, full artwork and featured photos.  Thanks to Mustang for the rip
Get Smart Here (31Mb)
Posted by AussieRock at 8:10 PM