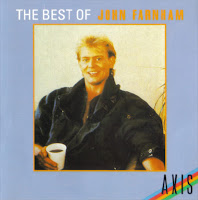 We Australians are notoriously harsh in our treatment of local heroes. Sometimes it seems that the only reason we elevate performers, sportsmen or politicians to the heights of stardom is so we can topple them with malicious glee. Few antipodean celebrities seem to escape the 'lift 'em up and rip 'em down' process, and so retreat to a safer 'behind the scenes' position — if indeed they choose to persevere with the fickle world of entertainment at all. To remain under the critical glare of public scrutiny for more than a dozen years — without being cast on the has-been's scrapheap — is the only true testament to pure talent.
John Farnham is a rare and exceptional artist; a full-time 'star' who has earned and retained the respect and admiration of his peers and public — without the inevitable resort to scandal or eccentricity. 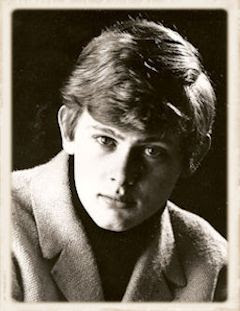 Born July 1, 1949 in Dagenham, England, John became involved in amateur charity performances from the age of 6 and, having moved to Melbourne at 10, continued his interest through the avenue of school functions. By 16 he had joined the workforce as an apprentice plumber; singing at local dances with The Mavericks by night. His pleasant and generally tuneful voice came to the attention of the moderately prominent Strings Unlimited early in 1965, culminating in him assuming lead vocalist responsibilities with the outfit for two years. During an Adelaide jaunt early in 1967, Bev Harrel's boyfriend — accountant Darryl Sambell — became enamoured by the young singer and, despite a drastic dearth of experience in things showbiz, proposed management. John initially became a regular on the pop-mime daily TV series 'Kommotion'; which brought him to the attention of EMI house producer David McKay, who eventually made use of his voice on TAA's 'Susan Jones' advertising campaign. From there it was a mere formality for John to be signed to EMI as a recording artist — facilitated by a private performance before McKay, backed by an accommodating Zoot. 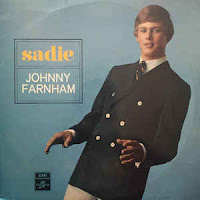 From the outset, McKay was keen for Farnham to record a novelty non-hit from England called "Sadie, The Cleaning Lady".  John recalls: "I thought it was really dumb. I admit I didn't know much then and neither did Darryl but we knew one thing — we didn't like that song". The discontented singer conceded that McKay knew best and dutifully laid it down in October 1967. Released in the first week of September, it made national number one within a month, and stayed atop for 6 weeks — remaining on the charts for some 23 weeks. Apart from being the first Australian recorded number one for more than a year, it became the biggest selling Aussie single of all time with sales in excess of 180,000 — a record which stood until 'Up There Cazally' shifted a quarter million in 1979. 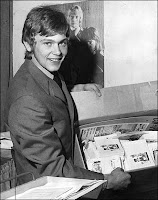 Overnight, the young, effervescent John Farnham became the proverbial household name — a teenage star wholly acceptable to parents. And whereas such a crossover combination traditionally spelt doom, Farnham swept up both camps in his wake — alienating neither with his honest, sincere approach. To the media he was a Godsend — a means whereby younger viewers/listeners/readers could be catered, at no risk to the mainstream. Commercials, fan rags, Tonight Shows, newspapers and local dances all vied for his services; and in the making was a unique celebrity who would never have to rely upon a steady stream of hits to maintain a prominent career. 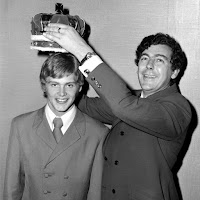 The inevitably difficult follow-up came in March 1968, in the form of a two-way bet — another novelty "Underneath The Arches", backed with a superb classy pop song — Greenwhich & Barry's "Friday Kind Of Monday". The record performed well in the top ten, paving the way for two more respectful hits from the pen of Australian Hans Poulsen — "Jamie" and "Rose Coloured Glasses".

Christmas '68 saw the first chart miss with the seasonal "I Saw Mommy Kissing Santa Clause"; a disappointment well compensated in August 1969, with the number one placing of Harry Nilsson's "One", an American hit for Three Dog Night.

Four months later John beat B.J. Thomas to the punch with an ultra-commercial rendition of the theme from 'Butch Cassidy and The Sundance Kid' — "Raindrops Keep Falling On My Head". Another number one, remaining on the charts for 18 weeks. John Farnham never descended into the parochial cliques nor engaged in the publicised bickering which so obsessed many of his contemporaries. Somehow he remained aloof, taking his career very seriously in spite of those few who ridiculed his wide-eyed innocent approach to a rather dirty game. 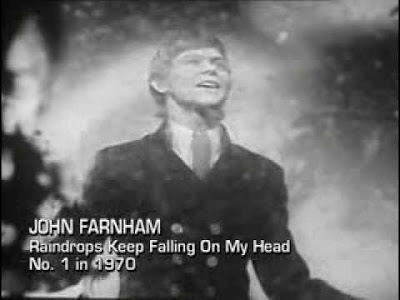 "Comic Conversations" brought him back to the top ten late in 1970 and in 1971, after recording a duet album with Queen of Pop 'Allison Durbin', he journeyed to London to begin preparations for his stage debut in the Australian production of Charlie Girl, alongside Derek Nimmo and Dame Anna Neagle. 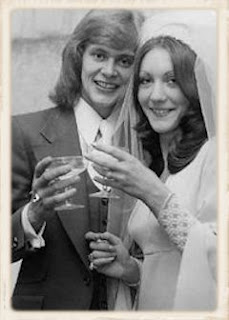 Before the year was out he had landed his second Go Set Pop Poll victory, and hits 8, 9, 10 with "Acapulco Sun", "Baby Without You" (with Allison) and "Walking The Floor On My Hands".  1972 was another corker year. March saw John crowned King Of Moomba in Melbourne and, by the end of the year, he had picked up the Most Outstanding Performance of a Composition award (with Brian Cadd's "Don't You Know It's Magic") at  the World Popular Song Festival in Tokyo. Once the number 4 hit of "Rock Me Baby" (which trounced well the David Cassidy version) was off the charts, the Tokyo winner was rush released to become hit 11.

In April 1973, John hit top ten with "Everything's Out Of Season" and instigated wild street chaos when he wedded Jillian Billman in the Melbourne suburb of Glenroy. Five months later he was back at number 12 with "I Can't Dance To Your Music".  One final hit in January 1974 — "Shake A Hand" — marked the end of John's pop chart career — although another equally successful one was lurking around the corner (aka Whispering Jack) 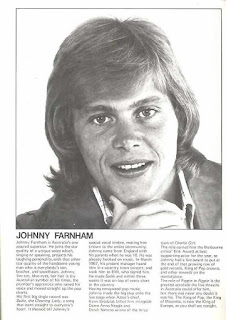 Early in 1974 impressario Kenn Brodziak placed him in the lead role in the Pippin stage production and within a year John had re-orientated his image and direction toward a more mature market — though not necessarily the indiscriminate suburbians that his critics were suggesting. Two Vanda/Young songs recorded under Peter Dawkins in 1975 — "Things To Do" and "One Minute Every Hour" — showcased Farnham in stunning voice, with the former remaining one of the truly great  vocal performances captured in this country. The 1975 album 'J.P Farnham Sings' was a brave and critically acclaimed work comprised entirely of Australian-composed songs. Though it yielded no hits, the album stood as a Powerful, mature tribute to the come-of-age Australian creative community.

Without an overdose of TV quiz shows and clubland performances, John Farnham continues untouched a premier Australian personality. The diversity he has exhibited via such television outings as Bobby and Survival maintained his subtle prominence and ensured his continued popularity. Given another decade, J.P Farnham will still commands respect and admiration from most Australians. (Liner notes by Glenn A. Baker, Australian Editor, Billboard, January 1980).
.

This post consists of FLACs ripped from my AXIS CD release and includes full album artwork. I have not been able to source the artwork for the LP release and would hope that someone out there who owns this album might scan and share theirs with us.  One thing that bugs me about this release is the fact that the album (and liner notes) refer to Johnny as John, when in fact all of the songs featured on this album where released under the name of "Johnny Farnham". It wasn't until late 1979 when Johnny finally dropped the boyish reference and started to call himself John, around the time when he joined Little River Band.
And the photo used on the CD release is taken from his later years with LRB, while the photo on the LP is more true to what John looked like during the 70's.
. 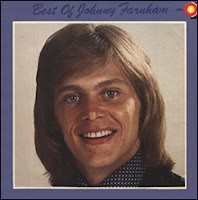 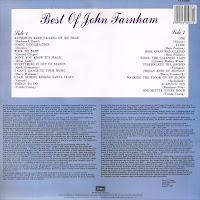 * Thanks to Chris Spencer for providing me with this back scan of the LP release (see right). Download it separately.
.
Posted by AussieRock at 10:54 PM