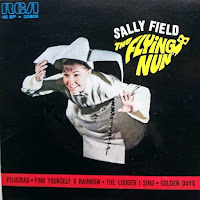 We all remember Sally Field for her exuberant Oscar acceptance speech in the 80’s: “I haven't had an orthodox career, and I've wanted more than anything to have your respect. The first time I didn't feel it, but this time I feel it—and I can't deny the fact that you like me... right now... you LIKE me!" That infamous quote would go on to be one of the most parodied and recited lines in history (but misquoted as “you like me – you REALLY like me!”).

Born Sally Margaret Field on November 6, 1946, her career in Hollywood has spanned more than five decades; she has won two Academy Awards, two Golden Globe Awards, three Primetime Emmy Awards, and a Screen Actors Guild Award, among numerous other accolades. She directed as well as acted.

Field began her career in television, starring on the sitcoms Gidget from 1965 to 1966 and The Flying Nun from 1967 to 1970. Although she thoroughly enjoyed working on Gidget, she hated The Flying Nun because she was not treated with respect by the show's directors. Field was then typecast, finding respectable roles difficult to come by. 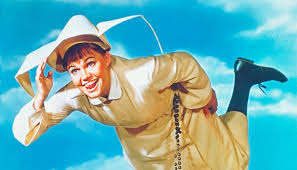 But enough movie talk... now let’s take a trip back to ‘67 and talk about what songs she recorded for The Flying Nun. Her debut single that August, "Felicidad / Find Yourself A Rainbow" stalled at #94 on the U.S. Billboard chart. Both songs are featured on this Australian-made EP from 1969 (RCA 20503), sourced from Guitarzan's blog (thanks Tim).

In December, she completed her debut album: Star Of The Flying Nun (Colgems COS-106). Another song from the album, “The Louder I Sing (The Braver I Get)” including a non-album song from January 1968, “Golden Days”, are the last 2 tracks here on the EP.

So, on a final note, I’m sure everyone will join in showing Sally their respect and agree that we like her – we REALLY like her.

And so, this month's W.O.C.K on Vinyl offering is a little Weird (whoever dreamed up the idea of creating a sitcom about a Flying Nun must have been taking some of those infamous hallucinogenic drugs from the 60's) but most certainly Obscure - good luck trying to find this E.P elsewhere. 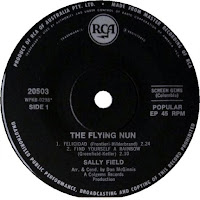 So don't delay.....download this gem quickly, before it flies out of this blog window - LOL.