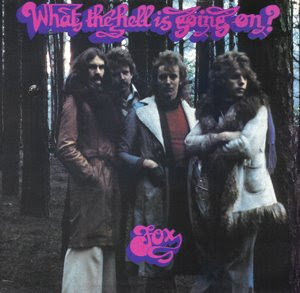 Aussie act, Fox, are quite a mystery. There is little information about the band either in print or online. This does appear to be their only album, and releasing only two singles during their career. This is one of many bands in the seventies that called itself Fox (and probably the least successful).
Produced by Ian Miller, who also produced Lobby Loyde and the Coloured Balls and Jim Keay’s The Boy From the Stars and with the songwriting and arranging contributions from John Brownrigg of Star Spangled Banger fame, this is a pretty decent album and a worthwhile piece of Aussie 70s rock. Although the band don’t look it, musically there is a lot that reminds me of the Coloured Balls.
The guitarist Peter Laffy also played in aussie bands Freeway, Mondo Rock and in Jim Keay’s Southern Cross (not to be confused with the other band of the same name that featured former Buffalo member’s Alan Milano and John Baxter).
.
So what about the album? Well, it's a hard one to categorise. Musically, the band rock throughout, laying down a curious blend of crunchy hard rock, pub rock and even a sprinkling of punk. Their conversational style of singing sounds reckless and somewhat sloppy, but it lends itself very well to the overall delivery of the material.
The first two two tracks were also released as singles and the band do one cover, Space Opera’s 'Country Max' which sounds a little out of place among the tougher sounding tracks.
With a lead footed clunky bottom end (complete with the obligatory use of cowbell), Fox recklessly plough through ten tracks, only taking a moment to breathe twice (including a cover of Space Opera's "Country Max") in the proceedings.
.

.
Apparently the band split shortly after this release, and it is known that members went on to other bands like Southern Cross and Mondo Rock [Extracts from Robots for Ronnie & Midoztouch]
Note: Col Loughnan (from Ayers Rock) plays some great sax on "Can You Feel It" and "I Said"
.
I highly recommend this fabulous album, as it's a glimpse of classic Australian rock that stands a bit left of center. There's plenty of character here and most lovers of classic hard rock will eat this one up. To listen to some recent material from Peter Laffy, see his Myspace page but please note that Laffy passed away earlier this year - so play these songs in tribute to his wonderful musical legacy. RIP - Peter Laffy
. 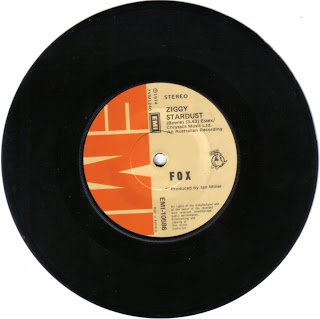 This post consists of a rip taken from my vinyl in FLAC and MP3 (320kps) format and includes full album artwork (artwork thanks to Midoztouch). I have also included two B-Side tracks from their singles which were not included on the album. The track "Ziggy Stardust" (B-Side to "I Said") is a great cover of Bowie's hit and is a good yardstick for the influence which Bowie's music had on the band at the time (see pictured left). The other track "Jean Sea" (B-Side to "Who Do") is a nice little rocker with some great guitar licks and a catchy riff. I have also sourced two unreleased tracks from Peter Laffy's Myspace page which were probably recorded as demo's but never made it to the mixing desk and included them as bonus tracks.

Note: The track "I'm Going Down" is labelled as "I'm Going Home" on Laffy's MySpace page, however the lyrics to the chorus definitely state "I'm Going Down", so I'm thinking that it was probably a mistype. 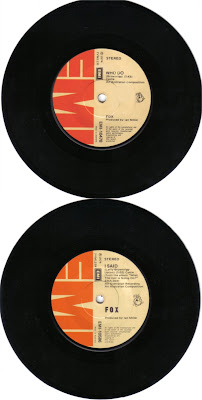