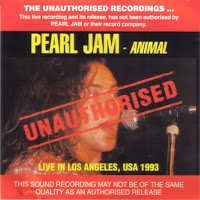 Pearl Jam is an American rock band formed in Seattle, Washington, in 1990. Since its inception, the band's line-up has consisted of Eddie Vedder (lead vocals), Mike McCready (lead guitar), Stone Gossard (rhythm guitar) and Jeff Ament (bass). The band's fifth member is drummer Matt Cameron (also of Soundgarden), who has been with the band since 1998. Boom Gaspar (piano) has also been a session/touring member with the band since 2002. Drummers Dave Krusen, Matt Chamberlain, Dave Abbruzzese and Jack Irons are former members of the band.
.
One of the most successful rock bands of the past quarter-century, Pearl Jam have released 10 studio LPs and numerous live records and official bootlegs over the course of their career, selling an estimated 60 million albums worldwide. But if they’d released only one record – their 1991 debut, Ten – their place in rock history would still be secure. Ten, which turns 25 on August 27th, unleashed the modern-rock classics “Alive,”  “Jeremy” and “Even Flow,” established the previously unknown Eddie Vedder as a superstar frontman and went on to sell more than 13 million copies in the U.S. alone. 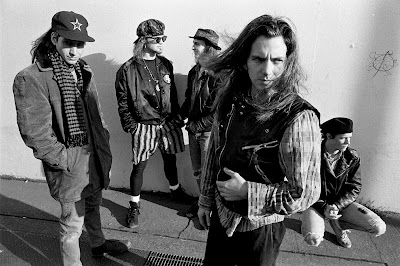 .
For better or worse, the success of Ten also helped push the Seattle rock scene that spawned it (and “grunge” culture in general) squarely into the national spotlight, and inspired a host of lesser bands who blatantly imitated Pearl Jam’s densely rumbling attack and Vedder’s distinctive baritone roar. It also effectively blurred the lines between so-called alternative and mainstream rock, igniting a heated debate among the band’s critics, fans and fellow musicians over whether Pearl Jam were major-label sell-outs, or committed artists whose musical vision just happened to be broad enough to fill arenas. [extract from Rolling Stone, 'Pearl Jam’s ‘Ten’: 10 Things You Didn’t Know', August 2016]
. 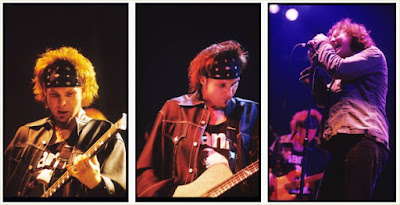 In 1993, Neil Young collaborated with Booker T and the MGs for a summer tour of Europe and North America, with Blues Traveler, Soundgarden, and Pearl Jam also on the bill. Some European shows ended with a rendition of "Rockin’ In The Free World" played with Pearl Jam, foreshadowing their
eventual full-scale collaboration two years later.  Bassist Jeff Ament said that playing with Neil Young was the most inspiring thing that we've ever been involved in.

The bootleg recording posted here comes from their 07/16/93 concert held at the Sportpaleis Ahoy: Rotterdam, Holland with an attendance of 9,500. Supporting act were Tribe After Tribe.

Notes: Pearl Jam has a few problems adjusting to the size of this venue. Ed introduces 'Go' as "... a song you can sing to your own body ..." and he calls it "Don't Go Out On Me." Ed requests the lights be turned on and left on for 'Alive' ("Hey, we'd like to be able to see these people").
It was a Great show!
. 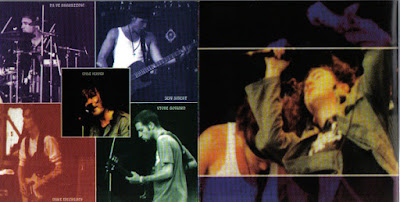 The post consists of MP3 (320kps) ripped from a very juicy Grapefruit Bootleg CD and includes the usual generic red artwork, along with alternative covers from similar bootleg releases, namely 'Jeremy Live', 'Against' and the Swingin' Pig release 'Europe 93'.
As indicated below, this bootleg is a combination from three different sources, and not just L.A in 1993 as indicated on the cover.
Recording quality is excellent and most certainly comes from Soundboard feeds. This bootleg is a must for any Pearl Jam enthusiast and for the uninitiated, this recording is a great starting point to familiarise oneself with this 90's Grunge band.
. 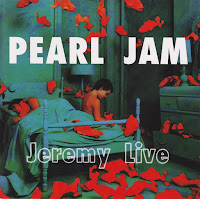 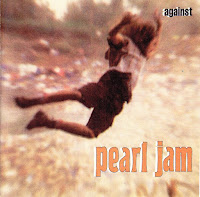 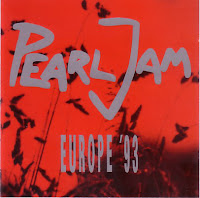 Tracks 1 to 13: radio-show recorded live at the Ahoy, Rotterdam (day 1 of 2), July 16, 1993. Rotterdam is a city in the Netherlands, in South Holland within the Rhine–Meuse–Scheldt river delta at the North Sea.

Tracks 14 to 15: recorded live at the Park Plaza Hotel Ballroom, Los Angeles, September 10, 1992.
Premiere party for the "Singles" movie which was partly broadcasted by MTV. Due to the use of heavy profanity by Eddie during the live performance of "State Of Love And Trust", the broadcasted version was partly mixed with the studio version of the song and played with members of Alice In Chains as the last song.