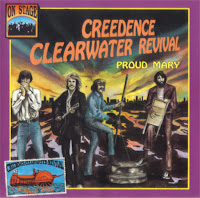 Creedence Clearwater Revival, though one of the most commercially and artistically successful acts of the late 1960s and early 1970s, failed to release a live album during its initial four-piece run from 1968 to 1970. However dominated in the studio by John Fogerty’s near-unparalleled songwriting prowess and efficiency, CCR ultimately distinguished itself as a disciplined live act that saw solid input from each member. Propelled by a vastly underrated and contributing rhythm section in Stu Cook (bass) and Doug Clifford (drums), the group shed its undeniable three-minute AM appeal in the live setting with a willingness to venture off into surging jams. Aided by Fogerty’s infamously meticulous approach to rehearsals, the band maintained greater focus and momentum than its Bay Area contemporaries in this regard and provided the guitarist with ample opportunity for improvisational lead work.

The songs in this post come from the very limited Radioshow LP called "Retrorock" A radioshow is a show placed onto LP (or CD now) for use in radiostations. They play it on the radio and afterwards they (normally) must destroy the record. This concert recording is average quality and only very limited quantities exist. This radioshow had songs on it from the Fillmore West concert and songs live from Oakland, CA.January 31, 1970. The full radioshow is copied on this bootleg, without the commercials which are on every radioshow [extract from River Rising]

Although the cover artwork associated with this On Stage release indicates that the recordings were made at the Fillmore East, in March 1970, these recordings actually come from the final closing show at the Fillmore West, held on the 4th July, 1971. [ as reported at the Electric Bayou website]

Fillmore West
One day after he closed New York's Fillmore East, promoter Bill Graham announced the lineup for the final week of San Francisco's Fillmore West. Graham would end three years of historic shows with five nights of music billed as "the bands that built the Fillmore." The final night, July 4, 1971, featured Santana, Creedence Clearwater Revival and Tower of Power. Camera crews recorded the week's events for the documentary Last Days of the Fillmore.

In 1968, Graham moved from the original Fillmore Auditorium to the Carousel Ballroom, a former dance hall. Graham opened the venue as the Fillmore West on July 5, 1968. 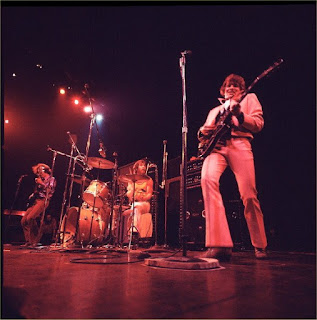 The Sunday night finale was an invitation-only event that was broadcast live on KSAN and KSFX in quadraphonic FM. "This is going to be the greatest mother---ing evening of our lives," Graham promised as he opened the show. "And now, a bitch of a band from the East Bay – Tower of Power."

The funk-rock horn band was a tough act to follow but the audience was bowled over by surprise guests Creedence Clearwater Revival. The band, fronted by John Fogerty wearing a turquoise cowboy suit with matching boots, was now a trio. It was their first performance since Tom Fogerty quit back in January. The band opened with "Born on the Bayou" and the hour-long set of their hits ended with "Keep On Chooglin'."

The headliners of the evening were Santana, who took the stage just before 1AM. Santana's classic sextet was joined by guitarist Neil Schon and percussionist Coke Escovedo. The 90-minute set opened with "Incident at Neshabur" and included the hits "Black Magic Woman," Oye Como Va" and "Soul Sacrifice." The closing number was Miles Davis' "In a Silent Way." 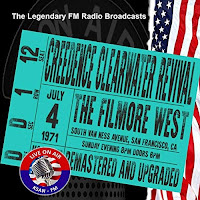 Drummer Michael Shrieve explained that choice in the book Live at the Fillmore East and West. "We wanted to come off as a little more progressive, as we felt that it would represent us at the given time when the Fillmore closed. We were sort of transformed as a band and that's why we chose to do the Miles Davis tune … and have our kind of groove to it. That was really important to us."

The night ended as Van Morrison, Mike Bloomfield, Sam Andrew of Big Brother & the Holding Company, the Tower of Power horn section and others joined Santana for a jam session.

"The music was terrible (at one point Van Morrison insisted they all stop and try something else) but the show was great," wrote David Felton in Rolling Stone. "Graham and his staff pelted the audience with gifts – paper plates, beer, champagne and ice cubes. Sometime between 4 and 5AM, everyone gave up and went home. About 40 fans stuck around to shake hands with Graham, then left him to wander alone among the amps and debris." 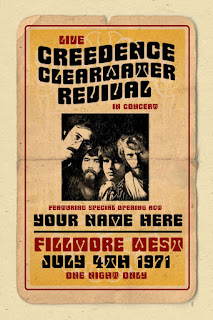 "I'm closing the Fillmores for a combination of reasons," Graham told UPI. "They've been a 52-week a year operation and I'm tired of the anguish and lack of time for myself and for other activities as a result of having to work that way. You become a victim of your own creation. I want to get out of the grasp of the monster I created."

But Graham was soon back in the concert business, promoting huge outdoor concerts with performers that included Bob Dylan, Led Zeppelin and the Allman Brothers Band. Graham was killed in a helicopter crash on Oct. 25, 1991 while returning to his California home from a Huey Lewis and the News concert. [extract from Ultimate Classic Rock]
.
This post consists of MP3 (320kps) ripped from my CD 'On Stage' Bootleg and includes full artwork along with alternative covers for other bootleg releases for the same concert.
Note that the Back Tray song listing incorrectly states the title for Track 14 as "Up Around The Band" when in fact it should read "Up Around The Bend".  The quality of the recording is a little disappointing (6/10), however this famous recording belongs in everyone's collection as it represents an important part in the closing of the Fillmore West.
.
Track Listing
01 Bad Moon Rising 1:59
02 Green River 3:01
03 Hey Tonight 2:17
04 Keep On Chooglin' 8:19
05 Proud Mary 2:40
06 Travelling Band 2:02
07 Commotion 2:25
08 Born On The Bayou 4:38
09 It Came Out Of The Sky 2:58
10 Lodi' 3:01
11 Who'll Stop The Rain 2:15
12 Fortunate Son 2:15
13 Down On The Corner 2:32 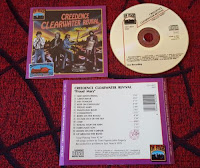