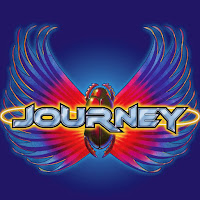 Formed in late 1973, Journey made their debut at San Francisco Winterland on New Year's Eve that year, followed by New Year's Day second gig before 100,000 audience at annual Sunshine Festival at Diamond Head Crater, Hawaii (I plan to post this brilliant concert at a later stage as it shows a very different Journey). Originally called the Golden Gate Rhythm Section and intended to serve as a backup group for established Bay Area artists, the band included recent Santana alumni Neal Schon on lead guitar and Gregg Rolie on keyboards and lead vocals. Bassist Ross Valory and Rhythm Guitarist George Tickner, both of Frumious Bandersnatch, and drummer Prairie Prince of The Tubes rounded out the group. The band quickly abandoned the original "backup group" concept and developed a distinctive jazz fusion style.

After an unsuccessful radio contest to name the group, roadie John Villaneuva suggested the name "Journey." Prairie Prince rejoined The Tubes shortly thereafter, and the band hired British drummer Aynsley Dunbar, who had recently worked with John Lennon and Frank Zappa. On February 5, 1974, the new line-up made their debut at the Great American Music Hall and secured a recording contract with Columbia Records.

Journey released their debut Selftitled album in 1975, and rhythm guitarist Tickner left the band before they cut their second album, Look into the Future (1976). Neither album achieved significant sales, so Schon, Valory, and Dunbar took singing lessons in an attempt to add vocal harmonies to Rolie's lead. The following year's Next (1977) contained shorter tracks with more vocals, and featured Schon as lead singer on several of the songs. Journey's album sales did not
improve and Columbia Records requested that they change their musical style and add a frontman, with whom keyboardist Gregg Rolie could share lead vocal duties. The band hired Robert Fleischman and transitioned to a more popular style, akin to that of Foreigner and Boston. Journey went on tour with Fleischman in 1977 and together the new incarnation of the band wrote the hit "Wheel in the Sky." But fans were lukewarm to the change, and personality differences resulted in Fleischman being fired within the year.

In the fall of 1977, Journey hired Steve Perry as their new lead singer. Perry added a clean, tenor sound and the band became a true pop act. Their fourth album, Infinity (1978), reached No. 21 on the album charts and gave the band their first ARIA-certified platinum album plus hit singles out of "Lights" (#68 U.S.) and "Wheel In the Sky".

Album Reviews
Journey are a band your neighbours are going to love to hate. It's suggested on the album sleeve that to fully appreciate the sound of Journey, you should play the record at the highest possible volume-just the sort of thing that's sure to win you friends.
But Journey aren't your average group of speaker-blowing hopefuls. The band has drawn its personnel from the likes of Santana, Zappa's Mothers of Invention, Grand Central Station and John Mayall's Bluesbreakers. But if you get a little lost listening to Santana, plain confused with Zappa, or the Bluesbreakers were a little before your time, then Journey are definitely the band to listen to. 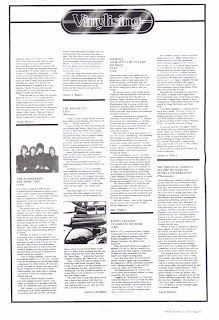 Although acclaimed as a supergroup when they were formed in late '73, Journey has received very little airplay in Australia. Possibly the first time many Australians heard of the band was when Skyhooks were their support band during the 'Hooks American Escapade'.

The title track of their first album Look Into The Future (released in '74) is probably the best place to start. If you're not sure about buying the album, get your local record man to play that track for you and if those 7 or 8 minutes don't have you ready to part with six or seven dollars of your drinking money, you'd better get your hearing aid tested.

The second album, Journey, is a little more complex, with once again the opening track setting the mood for the album. "Of a Lifetime" starts very gently but has a finish that tends to leave you nailed to the floor. Lyrically Journey seem to be a product of the late '60's British style of writing, much of which can be attributed to Greg Rollie on keyboards (co-founder of Santana with Carlos Santana). The lyrics tend to be overly poetic, particularly on "Mystery Mountain" and the very powerful "In My Lonely Feeling".

The current album Next lacks the outstanding track that made the first two albums, although "Feels Like The First Time" is a strong contender. It follows on from the previous album in style and complexity and seems to be a natural progression for both the band and listener.
But with Journey-start at the beginning. And try not to play it too late at night. .. for the neighbours' sake [Review by Marc Wallace from Vinylising, RAM Magazine, 21st October, 1977. p17]
.
This MEGA post consists of Journey's first three album (in my opinion their best) ripped to FLAC and MP3 (320kps) from my trusty vinyl (which have been in my collection since their release).
Full album artwork for both LP and CD formats are included, along with label scans.
Although I listen to Journey's more current releases, I still prefer the band before Steve Perry was brought in to give the band a more commercial appeal.  Nothing beats the blistering guitar / keyboard solos found on these three albums, and my neighbours have grown to enjoy them also! 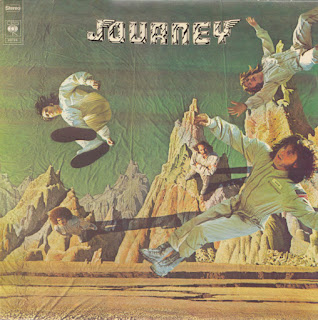 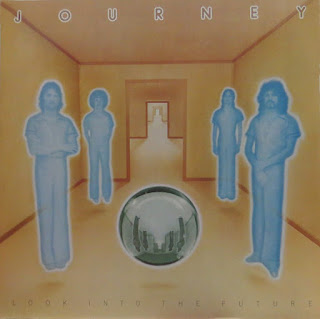 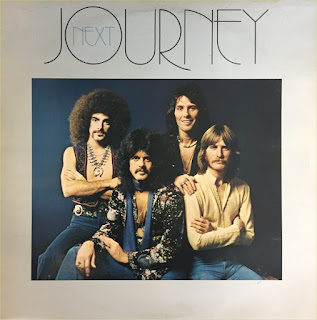