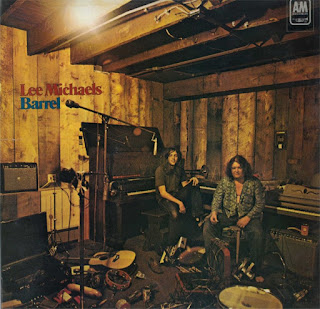 Lee Michaels is one of the great lost artists of the rock ‘n’ roll ‘70s. A soulful singer with an incredible range, and capable of expressing great emotion, Michaels was also a talented songwriter and keyboard player, his performances based around his trusty Hammond organ years before folks like Deep Purple and Uriah Heep pushed keyboards to the front of their songs. Michaels often eschewed using a full band in favour of accompaniment by a lone drummer – “Frosty” (real name Bartholomew Eugene Smith-Frost) for two of his first four albums, and former Grassroots timekeeper Joel Larson on his best-selling title, Fifth. 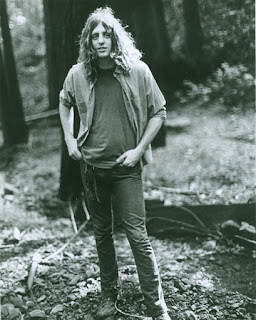 Nobody sounded like Michaels during his critical and commercial peak, circa 1968-72, and nobody else has come close since. Sadly, much of Michaels’ back catalog has remained difficult, if not impossible to track down on CD except for Fifth, which had yielded a pair of hits, including the timeless “Do You Know What I Mean” (#6 on the Billboard singles chart) and Michaels’ cover of the Marvin Gaye hit “Can I Get A Witness” (peaking at #39). In the absence of readily-available CDs, fans and collectors like the Reverend have been digging through used LP bins to find vintage Michaels’ albums on vinyl.  Well, look no further folks.


Here is “Barrel” and it is an LP with a conscience, with Lee in righteous protest mode over the Vietnam war (“What Now America?”, “Thumbs”, When Johnny Comes Marching Home”), injustice and police brutality, (“Murder In My Heart (For The Judge”), “Mad Dog”), and a couple of bittersweet love songs,  (“Didn’t Know What I Had”, “Day Of Change”) and the main love song, “Ummm My Lady” to balance-out the album.  Excellent! 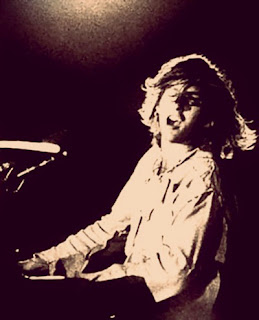 For this album, Michaels brought back Drake Levin; the guitarist’s playing is all over the album, meshing tightly with Michaels’ and Frosty’s playing. Levin’s deft use of Leslie (spinning speaker cabinet) amplification on his guitar somehow makes the stringed instrument fit even better within the confines of a keyboard-driven album. “What Now America” picks up thematically where the previous album’s “The War” left off. A rare Michaels love song, “Ummmmm My Lady” was selected as the (you guessed it: non-charting) single. Either a throwaway or an important statement, “When Johnny Comes Marching Home Again” (yes, that one) gives nearly half of its run time to Frosty’s marching snare. A cover of Moby Grape‘s “Murder in My Heart (For the Judge)” is even more soulful – and less histrionic – than the original. “Day of Change” has worn exceptionally well; it sounds more like the kind of album track one might hear in, say, 1973. “Didn’t
Know What We Had” features Michaels on electric piano, an instrument of which he made surprisingly little use elsewhere. The brief “As Long As I Can” closes the album on a downtempo note. Barrel reached #51 on the album charts; it was Michaels’ best chart performance to date, and a taste of things to come.

The current whereabouts of Lee Michaels is clouded in mystery since he withdrew from the music scene over 25 years ago. There have been rumour of hearing loss and retreating to Hawaii and the current “best truth” is that he is/was the owner of a small franchise of “Killer Shrimp” restaurants in Southern California. 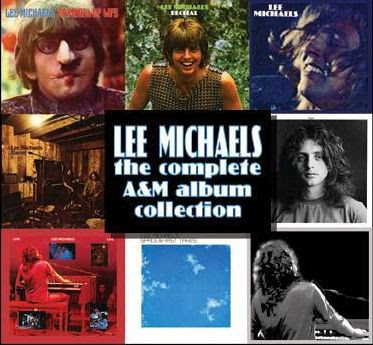 Album Reviews
This is a classic "60's hippy record (even though it released in early 1970). I have vivid memories of my older bro bringing this one home & spinning it nonstop until each line of every song was permanently etched in me. I searched & searched for a reasonably priced copy unsuccessfully long after the grooves wore out on the copy I bought back in the mid-70's.... I finally broke down and downloaded it. I still have my old worn out LP cover & vinyl disk, so it's almost the same.
For those that are familiar with Lee's hits and are curious for more, this is in my opinion the pinnacle of his career & should not be missed out on. When you listen to songs like "What Now America" and the stories it tells... I can almost feel my (long gone) freak flag flying 1 more time. 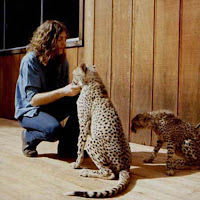 Thanks Lee, for your soulful rants that hark back to a time when our voices unified us together with purpose. You were one of the unsung heroes of the American youth movement during our renaissance that changed the world forever. [Review by T. Gibson - Amazon]

The rock trio of Lee Michaels on vocals and organ, Drake Levin on guitar and Barry 'Frosty' Smith on drums are back. This is by far the very best album the trio ever put out with great songs like the radio friendly "Mad Dog". Other songs that rate in the great category are another of Lee Michaels anti war songs, "What Now America", a love song any woman would love to have sung to her, "Umm My Lady" and another radio song, "Thumbs". 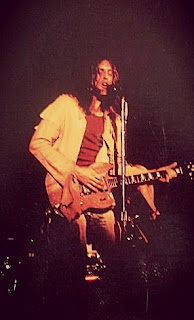 Other songs include "Games", "As Long As I Can", and "Didn't Know What I Had". This is by far the very best Lee Michaels' album ever recorded. It is a must for your music collection. [Review by Benjamin Spasaro - Amazon]

Not many people have heard of Lee Michaels. However, he is a very talented musician. In a way, he is like Todd Rundgren. His piano playing is great. In this album, he puts in a few funky rhythms, which really get things moving. "Mad Dog" is a classic. It's solid. If you like piano, or the Hammond organ, or just classic rock, you'll like Lee Michaels. I definitely recommend this album as well as his heavier 'Space and First Takes' album. Download both. You can't go wrong.

The post consists of both FLACs and MP3's (320kps) ripped from vinyl along with full album artwork and label scans. I stumbled across this gem at my local flee market some months ago, but this time I had to pay more than my usual $1 for the pleasure. After some haggling and friendly banter, I managed to convince the store holder to part with the 'mint copy' for $2 !  Yep, another very happy camper who sometimes almost feels guilty when he scores a collectable album for next to nicks.  Hope you enjoy my spoils from this latest score.
. 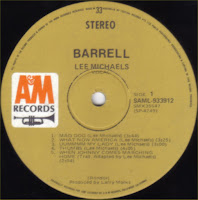