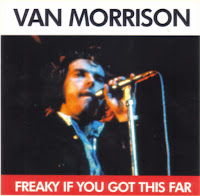 In the great pantheon of contractual obligation records, there is the noisy (Lou Reed's Metal Machine Music which he recorded to piss off his manager), the brassy (Neil Young's 'This Note's For You') and the phoney (Monty Python's Contractual Obligation Record).

And then there is Van Morrison's Bang Records Sessions.

In order to full fill his obligation to his early solo label Bang Records, Van Morrison sat down in 1967 or so and cranked out 31 songs on the spot, on topics ranging from ringworm to wanting a danish, to hating his record label and a guy named George. Make sure you get past the first few tunes - it takes him a few to get cooking. 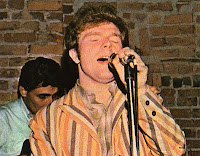 Listener Scott S wrote:
As far as I know, none of this stuff was ever issued in the '60's. I can only surmise at some point in the early '90's, whoever controlled Van's Bang masters ran across the tapes and - either having questionable ethics and/or a twisted sense of humor - licensed the tapes to European labels that were releasing compilations of Van's Bang-era material.

I know of at least two double-CD sets that include demo stuff as the second disc - one is Payin' Dues on Charly in 1994, and the other is New York Sessions '67. Will Rigby told me that he saw a single-disc best-of that actually mixes legit Bang-era Morrison tracks with material from the demos - now that must be an interesting listen. I guess there's irony in the fact that Morrison recorded these tunes as a big fuck-you to his label - before he signed to Warner and recorded Astral Weeks - yet ultimately the joke's on him, now that they're being packaged as legitimate tracks (on "best-of" collections, no less). 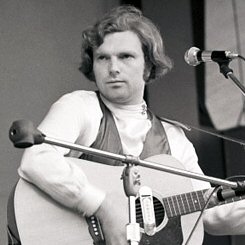 And so, this CD  'Freaky If You Got This Far' is one of those releases.   New York Sessions '67  is another, a two-disc retrospective album of recordings made by Van Morrison in 1967 for Bang Records that were later released in the 1990s. Other album releases with the same recordings have been called 'Payin' Dues' and 'The Complete Bang Sessions.'

So this month's WOCK On Vinyl post fits the Crazy category, and to an extent, somewhat Crappy, but hardened Van Morrison collectors will appreciate the satirical nature of these little ditties, most less than 1 minute in length. All tracks ripped to MP3 (320kps) from CD and includes full album artwork
.
The Final word:
In the track "Ringworm", Morrison sings "I tell you. You're very lucky to have ring worm, because you may have had...something else".
Van Morrison is genius, even in fun.
.
Track Listing: 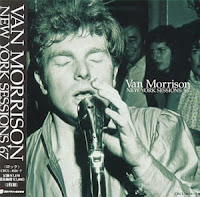