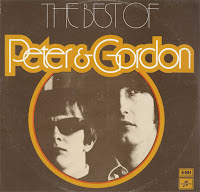 Peter and Gordon were a British pop duo, comprising Peter Asher and Gordon Waller, who achieved international fame in 1964 with their first single, the million-selling transatlantic No.1 smash "A World Without Love."  Dubbed "the Everly Brothers of the British Invasion," the harmonizing, acoustic guitar-playing Peter & Gordon had a transatlantic No. 1 hit with their 1964 debut single, “A World Without Love.”
The song was written by Paul McCartney, who was dating Asher's sister, Jane, at the time.

Two more McCartney-penned hits, credited to Lennon-McCartney, followed: "Nobody I Know" and "I Don't Want to See You Again." Another hit song, "Woman," was written by McCartney under the pseudonym Bernard Webb to see how one of his songs would fare without the Lennon-McCartney credit. (It peaked at No. 14 on the Billboard chart in 1966.) As part of the British Invasion, Peter & Gordon appeared on "The Ed Sullivan Show," "Shindig" and "Hullabaloo." Among their other hits were "I Go to Pieces," "True Love Ways," "Lady Godiva" and "Knight in Rusty Armour."
After nine Top 20 records (three of them gold), the duo broke up in 1968. 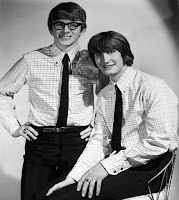 "Peter & Gordon were the essential U.K. duo of the British invasion," said Howard Kramer, curatorial director of the Rock and Roll Hall of Fame and Museum. "They were cool, their records were great, and the songs were memorable." Gordon Waller, he added, "was a lovely man; a very sweet, gentle guy."

After Peter & Gordon broke up, Asher became head of artists and repertoire for the Beatles' record company, Apple Records; he later founded Peter Asher Management. Waller, who continued to pursue a solo career, played the Pharaoh in the musical "Joseph and the Amazing Technicolor Dreamcoat" at the Edinburgh Festival in 1971. He also appeared in the play in London. He later launched his own music publishing company. 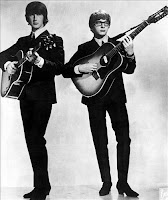 Waller was born June 4, 1945, in Braemar, Scotland. He met London-born Asher at Westminster School in London. "Our voices are quite different, Gordon's and mine, but we tried singing together experimentally and we found that we could achieve this very nice harmony," Asher told the Sacramento Bee in 2006. When they began playing in pubs and small clubs, they initially were known as Gordon and Peter.

They were playing an engagement at the Pickwick Club in London when Norman Newell of EMI records heard them. They were quickly signed to the label. In 2005, Peter & Gordon reunited to perform at a benefit for a hospitalized Mike Smith of the Dave Clark Five, and they continued to perform occasionally together. They had a number of engagements lined up over the next several months at the time of Waller's death.

"Gordon remains one of my very favorite singers of all time, and I am still so proud of the work that we did together," Asher said in his statement. "I am just a harmony guy, and Gordon was the heart and soul of our duo." On his website, Waller described his time with Peter & Gordon, which included touring with the Beatles, his website as "some of the happiest moments of my life."
Sadly, Gordon Waller died from a heart attack on July 17, 2009 at the age of 64 [Notes by Dennis Mclellan at Los Angeles Times]
.
Interview with Peter Asher (Rock And Roll Hall Of Fame)

Peter Asher’s legendary music career began in 1964 with the formation of Peter & Gordon. In 1968, Asher became head of A&R for the Beatles newly formed record company, Apple Records. Three years later, Asher decided to literally head in a different direction and moved to the U.S., where he founded Peter Asher Management. Peter Asher Management became one of the most successful artist management companies in America, handling artists such as Joni Mitchell, Randy Newman, James Taylor, Linda Ronstadt and Carole King. Asher has produced 12 Grammy Award-winning recordings, and in 1977 and 1989 was honored individually with the Grammy Award for “Producer of the Year.”

Playing select dates now, Asher stopped by the Rock and Roll Hall of Fame and Museum in Cleveland, Ohio, to talk about his recent projects, keeping current, and being among the first people to ever hear the Beatles "I Want to Hold Your Hand" when Paul McCartney was staying at his house.

Peter Asher: I recently found the demo Paul McCartney had made for me of "A World Without Love." Once you find something and put it in the show, it's everywhere the next day, there’re no secrets. We play that now, and I found that about six months ago. I thought the reel–to-reel tape had gone, but I found a DAT transfer, which I had done at the time when DATs were going to be the future, that still hasn't quite happened (laughs). I have added in a couple of poster and photos that I found very recently. In fact, I was just mentioning that we found this poster of us and the Rolling Stones when we toured together, we were co-headlining. They were closing, but we were billed equally. I threw that in somewhere, found a way to fit that into the narrative.

RRHOF: I heard a story that you were coming downstairs in your house and a couple Beatles were sitting at your piano, having written a rather famous song. Is that true?

Peter Asher: No, I came downstairs at their request. In our house, Paul [McCartney] was living in our family home for a couple of years when they weren't on the road. He and I shared the top floor where the guest room and my bedroom were. In the basement, there was a little music room where my mother gave oboe lessons. She taught at the Royal Academy of Music up the road, where she was an oboe professor and she also gave private lessons at home. To digress for a second, one of the interesting facts is that long before I had anything to do with the Beatles or had anything to do with anything, one of my mother’s pupils, whom she taught the oboe, was George Martin. Just weird, couldn't make that stuff up.

Anyway, Paul would sometime use the music room when my mother wasn't teaching there. It had a small upright piano, a music stand and a sofa. One afternoon early on, shortly after he moved in, John Lennon came over and they were down there together for a couple of hours. No guitars, sitting at the piano, side by side, and Paul stuck his head out the door and called upstairs and asked me if I wanted to come down. He had the song they finished. So I came down and sat on the sofa, opposite the upright piano, and they played “I Want to Hold Your Hand” for the first time, and they asked me what I thought. “What did you think?” I said it was very good!

It does sound a bit pretentious because it's only rock and roll, but there actually is something extraordinary about being present at the moment of the creation of great art. Your first reaction is you want to hear it again because it is just so incredibly good. You do wonder if you are losing your mind or if it's about the best song you ever heard or both, but it was. At that point I was only 20.  [Interview sourced from Rock And Roll Hall Of Fame]
. 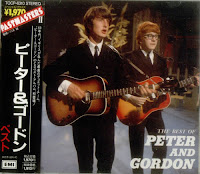 This post consists of FLACs ripped from my newly acquired vinyl (with that 'minty' flavour) without one crackle or pop to be heard. Not bad for the exchange of a gold coin at a garage sale.  Full album artwork and label scans are included.
Determining the date of release for this album has been rather difficult. A 'Regal' release that I found on the web states 1975 (see musicstack) but this Columbia release looks older, so I can't be sure.
Anyhow, if you are wanting to get your teeth into some great 60's music, this album is a good starting point and features three Lennon/McCartney tunes (given to the duo while McCartney was dating Peter's sister Jane).
.
Track Listing
01 A World Without Love 2:38
02 Nobody I Know   2:26 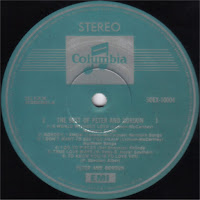