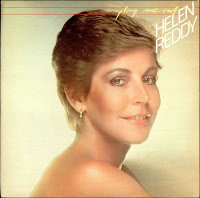 Helen Reddy was born in Melbourne, Australia, the daughter of show business parents. In 1966, she won a television talent contest and was on her way to America, in search of fame and fortune. Within a few months, she had met and married an assistant mailroom boy, Jeff Wald, who became her manager. Twenty-seven record labels rejected her material before she was finally signed by Capitol Records in 1970. Her first charted song, "I Don't Know How To Love Him", was one that Helen never liked, and only agreed to record it as a "B" side for one of her singles. However, husband Jeff thought different, and with only a credit card and a phone, worked eighteen hours a day, phoning radio stations, pleading for air play. His efforts paid off, when "I Don't Know How To Love Him" became a top 20 hit in the spring of 1971.
In 1972, Helen recorded the song that would not only change her life, but become an anthem for the woman's movement around the world. "I Am Woman" hit the top of the charts and earned her a Grammy award. Her next release, "Peaceful", also was a hit and led to her most successful record, "Delta Dawn", again following her image as a spokesperson for the woman's movement. 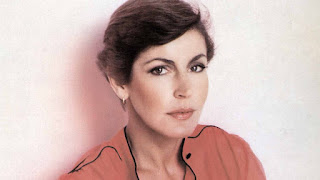 The song nearly slipped through Helen's fingers, as Bette Midler had planned on releasing it and a very young Tanya Tucker actually did. When the song started to get some notice, Tom Catalano who was producing Barbra Streisand, decided that Barbra could have a hit in the pop market with it and had an instrumental backing track recorded. When Barbra refused to sing the song, United Artists song plugger Wally Schuster called Jeff Wald to ask if Helen would be interested. They made the deal and Helen put her voice on the track.
In the summer of 1973, the song was released just two days ahead of the Bette Midler version and ended up at the number one spot on the hit parade. D.J.s preferred Helen's version and flipped Midler's record over to make a hit out of "Boogie Woogie Bugle Boy".Helen Reddy went on to solidify her position as one of the most successful female hitmakers of all time with "Ruby Red Dress" in 1973, "Keep On Singin'", "You and Me Against the World" and "Angie Baby" in 1974. She followed in 1975 with "Emotion" and "Ain't No Way To Treat A Lady" before less successful songs in 1976 and 1977 like "Music Is My Life" and "You're My World". [extract from classicbands.com] 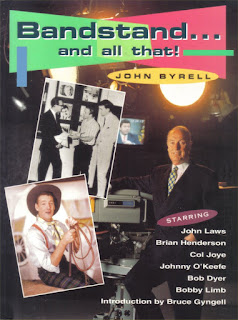 Bandstand Years
It is now part of the Channel 9 archives and Australian showbiz history that contestant No. 8, Helen Reddy, a confident tomboy-type young woman from Stanmore in Sydney's inner west, won the Bandstand Starflight International talent quest and consequently a plane trip to America plus the recording contract and went on to knock out the Yanks and become one of Australia's biggest showbiz exports.
Just after her 23rd birthday Helen Reddy convincingly won the 1965 'Bandstand Starflight International Talent Quest' and, full of hope and talent and laden with promises, flew across to New York. But when she got there and went for an interview at the company which was, as part of her quest prize, supposed to be launching her recording career she was in for a shock.
The interview was short and one-sided. 'Great grief,' said the recording firm interviewer. 'We hoped they'd send a boy. We've had a glut of broads. Anyway—call us before you catch the plane to go back.' 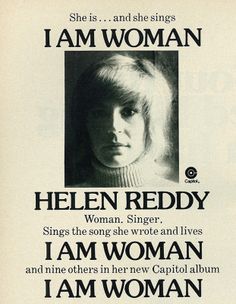 So, Miss Reddy from Stanmore made use of a popular and appropriate Aussie phrase - Piss Off !- and strode out the door into 53rd Street with the residue of the $400 prize money and nowhere to go.
She did the rounds of the agents and picked up a few dollars around and about. Til never forget that spot I did in the Bronx for shell-shock victims of World War 1,' she told me in 1970 during a working visit to Sydney with her husband, Jeff Wald the New York wunderkind personal manager.

And so in New York she subsisted for a time on those handout spots and gradually worked her way down to Greenwich Village. 'Not because I wanted to be way out or with it—strictly from hunger.'
Helen took up residence in the Village for six months or so. Then she met an ambitious young man with hair longer than hers called Wald who turned out to be just what the Muses ordered. A bright New Yorker with a flair for management and production. Wald was then the phenomenal Tiny Tim's manager.
Mr Wald fancied Miss Reddy as a business prospect at first and then romance blossomed and they wed. Not long after the honeymoon, Jeff landed Helen a part in a Chicago revue. 'And then it all started happening,' she said.
Helen Reddy cut a few tapes and the recording company which told her to ring them before getting the plane back home rang her. She wasn't too keen about working for them but she made one recording.
'They insisted I was their property—so we cut one disc,' said Helen. It was called (ironically enough) 'One Way Ticket' and didn't exactly set the charts afire but it did kindle in the arctic souls of American agents and entrepreneurs a sizeable respect. She and the unpredictable recording firm parted company.
The rest of the Helen Reddy emergence story is well documented. She went on to put down record chart-stoppers like 'I Am Woman' and 'Ruby Red Dress' and get her own national TV show and become an American citizen and reveal that she'd been reincarnated a few times. And she said some pretty disparaging things about the Bandstand talent quest and Australia's attitude towards talented aspiring entertainers.
. 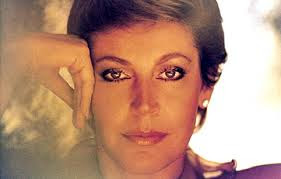 It was largely those last two actions that provoked a wide-open, long-lasting Reddy-Oz feud. Australians didn't much appreciate being given the unpatriotic flick by one of their own. And when Reddy disclosed that her current earthly state was not her first; that she'd been a soldier, a slave, a priest and a gypsy in other lives, they weren't quite as open and receptive to the peculiarities of reincarnation as their Yank cousins.
Warwick Freeman, who directed Ms Reddy on Bandstand, summed up the unfortunate, never truly reconciled running feud thus: 'I couldn't care less whether she was Lucretia Borgia in another life. No two ways about it—Helen was a tremendous talent and deserved every bit of the great success she achieved. She won the Bandstand thing hands down. But she owed Bandstand for getting her to where her talent could be fully promoted and exploited. She said things and made claims that were bitchy and wrong. That was gross ingratitude and improper to the point of stupidity.'
But then the often acerbic, at times misread Bandstand designer-navigator never was one to mealy-mouth about with any individual or on any issue.  [taken from Bandstand.... and all that!  by John Byrell, Kangaroo Press, 1995. p15-16]
. 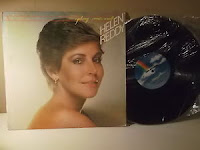 This post consists of FLACs and MP3's (320kps) ripped from my Promotional Vinyl which still sparkles as bright as the day it came off the presser.  Full album artwork and label scans are included.
This is not Helen's best album by a long shot, but it is a hard one to find because it didn't sell well when released. Grab it while you can
.
Tracklist
01    Optimism Blues    3:10
02    Do It Like You Done It When You Meant It    2:28
03    I Can't Say Goodbye To You    3:46 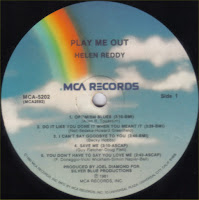