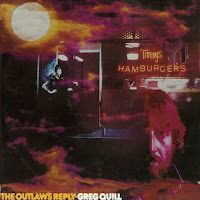 Gregory Raymond "Greg" Quill (18 April 1947 – 5 May 2013) was an Australian-born musician, singer-songwriter and journalist.

Quill stands as one of the foremost figures in the local folk-country scene, and his invigorating love of involvement with his music is one reason why he commands the respect of Australia's top musicians and music writers. He ran The Shack (a popular Sydney folk haven) for four years, and at the age of 19 took on the Warrngah Shire Council to the Supreme court when they attempted to close down the club. He was president of  the folk club at the University of Sydney where he graduated from with a BA in English Literature and Languages (shades of Kris Kristofferson). As a guitar teacher he has taught the music and written it (once a top-rate journalist for Go-Set and Daily Planet) (Extract from Go-Set Magazine, May 25, 1974 p6 - thanks to Woodynet) 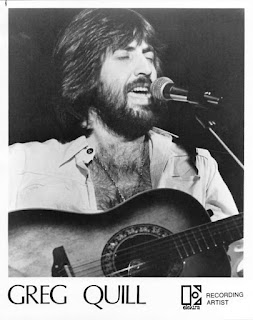 He lived in Hamilton, Ontario, Canada and was an entertainment columnist at the Toronto Star newspaper from the mid-1980s until his death in May 2013. In Australia he came to popular fame as a singer-songwriter for the country rock band, Country Radio (1970–73). Their biggest hit, "Gyspy Queen", was released in August 1972 and was co-written by Quill with band mate, Kerryn Tolhurst, which peaked at No. 12 on the Go-Set National Top 40. After getting an arts grant, Quill travelled to Toronto in 1974 and by mid-1980s had become a journalist at the Toronto Star. By 1983 he was married to Ellen Davidson, a public relations executive.

In 1974, Quill recorded a solo studio album, The Outlaw's Reply, with the financial backing of Sydney-based executive producer and Trafalgar Studios owner Charles Fisher. It was produced by John L Sayers and featured Country Radio alumni: Blanchflower, Bolton, Du Bois, Hinton and Tolhurst, plus former collaborator Jones on keyboards. Also appearing on the album were Barry Leef on backing vocals, Chris Neal on synthesisers and Peter Walker on guitar. Two singles from the album were issued during 1975: "She Do It to Me" (April) and "Blackmail" / "The Outlaw's Reply" (September). 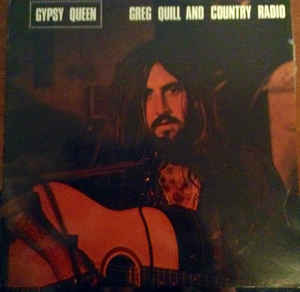 The album included the Quill song "Almost Freedom", which had previously been covered by former Company Caine singer Gulliver Smith on his 1973 solo LP The Band's Alright But The Singer Is .... During 1974 Festival also released a compilation album, 'Gypsy Queen', credited to Greg Quill & Country Radio, contained selection of album tracks, and A- and B-sides of singles. It included Quill's cover of the country classic "Singin' the Blues", which featured Renee Geyer on backing vocals and Stacpool on guitar. In May 1975 Quill promoted the release of The Outlaw's Reply by a performance at the Sydney Opera House, backed by the musicians who had contributed to the album. The Dingoes and Richard Clapton were also part of the first all-Australian country-rock show to take place on the Opera House's main stage. It was Quill's final performance in Australia for almost four years. [extract from wikipedia]

Greg Quill died on 5 May 2013 at his home in Hamilton. His family announced that he had "passed away suddenly but peacefully from complications due to pneumonia and a recently diagnosed case of sleep apnea". Aged 66, he was still an entertainment journalist for the Toronto Star at the time of his death. 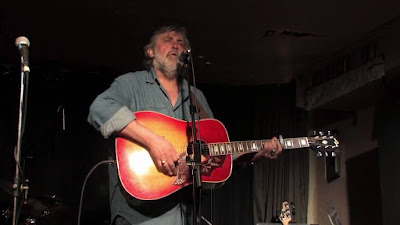 .
This post consists of MP3's (320kps) ripped from vinyl (thanks to Micko at Midoztouch) and full album artwork.  If you were a fan of Country Radio and the Dingoes, then you will really enjoy this unique gem.  My interest in this album extends even further with the appearance of Ex-Bakery guitarist Peter Walker who adds some great backing guitar work.
.
Track Listing 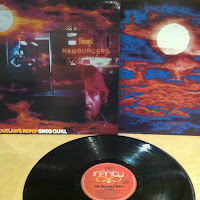 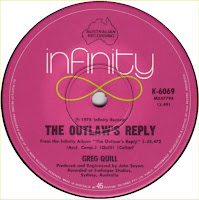