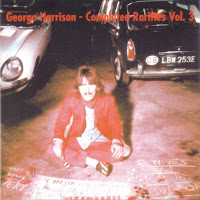 I'm not certain how many people know this, but George Harrison -along with Paul McCartney, John Lennon and various others - used to be a member of a Merseyside pop group whose act went down well with local teenagers. Later, quite a few of their gramophone records got into the hit parade. George was the readiest of the four to venture beyond pop music through his explorations of Indian culture and, after the group disbanded, the underwriting of Hand Made Films, now a pillar of British cinema. More subtly than John Lennon, he rode out the 1970s as the most self-contained - and oddest - ex-Beatle. Nevertheless, despite a career blighted with stimulant abuse, marital ructions, religious obsession and proven artistic plagiarism, muckrakers would be hard pressed to ravage a distinguished, charitable and humorous middle-aged musician whose character - in contrast to those of John, Paul and Ringo - was rooted in a secure family background.

Following the success of 1989's album, Cloud Nine, fans await George Harrison's next album with more anticipation than at any time since the celebrated All Things Must Pass triple LP of 1970. His growth as a composer was one of the pressures that caused the sundering of The Beatles in that same year, notably when his 'Something' - along with McCartney's 'Yesterday' - emerged as one of the most covered songs of all time.
Harrison's sojourn as a Beatle and its repercussions will always remain central to any consideration of him as a figure in time's fabric. [extract from George Harrison, by Alan Clayson, Sanctuary Publishers, 2003, p11]
George Harrison had been responsible for two three-record albums (All Things Must Pass and Concert for Bangla Desh) in roughly a year's time span, but his next record, 'Living in the Material World' did not appear until the summer of 1973. His third post-Beatle rock album, 'Dark Horse', appeared in 1974, and the album 'Extra Texture' was released to correspond with his 1975 North American tour.

The music world-the material world-that George Harrison toured in 1975 had changed considerably in the nine years since he had last toured with the Beatles. Even the metamorphosis wrought by the phenomenal late 1960s era had come and gone in the meantime. Jimi Hendrix and Janis Joplin had died in 1970.

In 1976, George started his own label, called 'Dark Horse' after his 1974 album, and released his 'Thirty-Three and a Third' album in November. Capitol and Parlophone responded by releasing the 'Best of George Harrison', a collection of material dating back as far as his early years with the Beatles. George subsequently released three albums on Dark Horse between 1979 and 1982, but retired for five years before coming back with 'Cloud Nine' in January 1988 [extract from The Beatles, by Bill Yenne, Bison Books, 1989 p90-94] 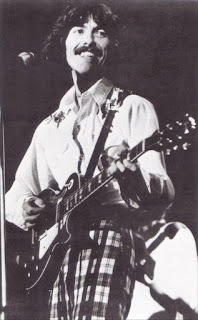 .Volume 3 of Complete Rarities is a less interesting compilation than Volume 2, for most of it is from the famous Carl Perkins TV special, which has been available on several other bootlegs and in a superb quality official home video. But for those who haven't got "When We Was Fab" single and the Carl Perkins special, it's a fantastic CD. For those who have, it still offers some rare cuts from 1974 Long Beach show.

This post consists of MP3's (320kps) ripped from my CD copy and includes full album artwork. No surprises here for Beatles fan's - but for those of you who say 'what's all the fuss about' I'm sure you are going to enjoy this compilation Bootleg 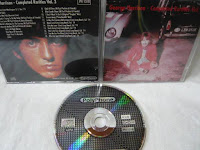