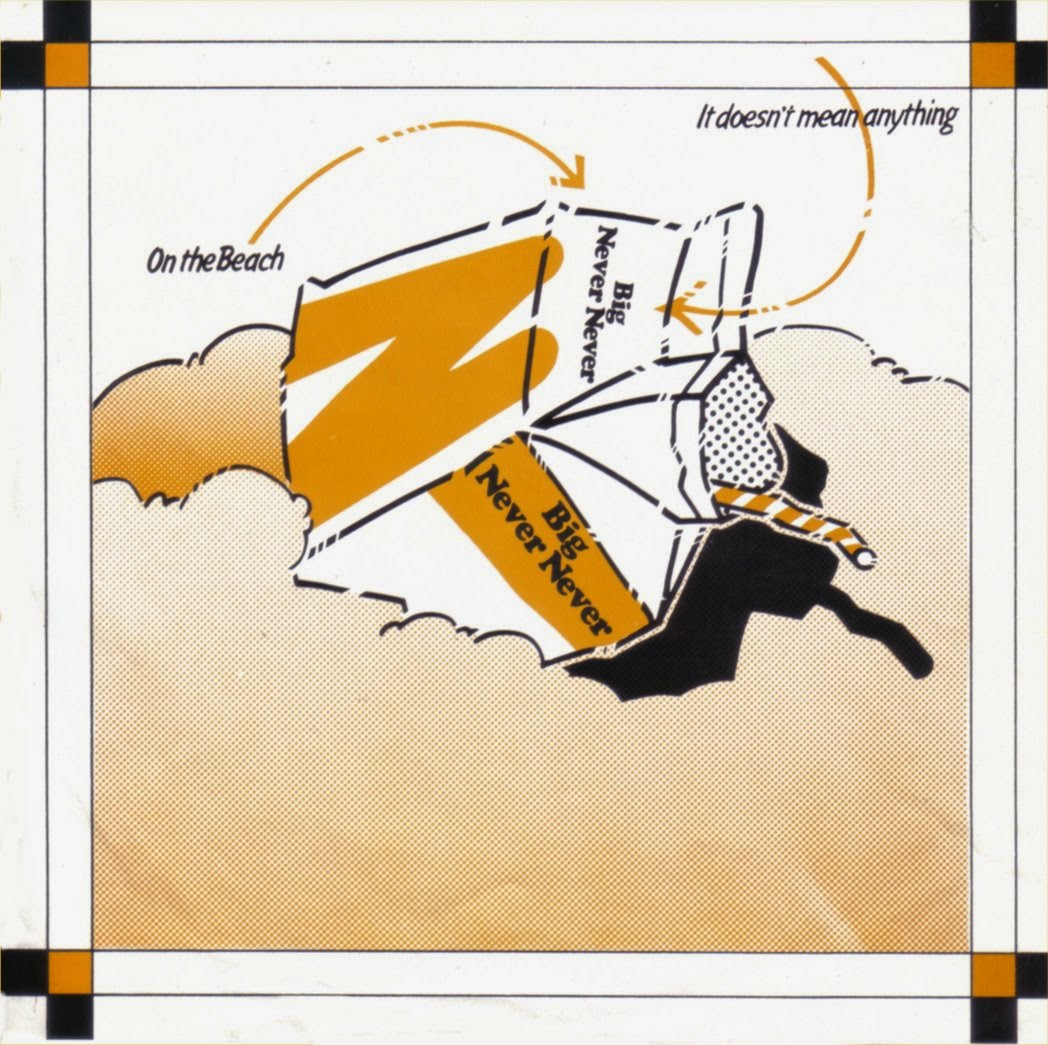 Here's a rare single by a Geelong band called 'The Never Never', who formed out of another band called 'Southern Aurora'. (but not to be confused with another band called the Never Never from Perth, in 1982)
.
"The Never Never" played the pub circuits in Geelong and Melbourne between 1978 and 1981, but never really hit the big time.
They only released one single on an Independent Label "Media Sound" in 1980, tracks were "It Doesn't Mean Anything" and "On The Beach".
.
There is some confusion as to which track was the A-Side as both sides of the record label have side A printed on them. In addition, Chris Spencer's 'Who's Who of Australian Rock' managed to give incorrect credit to the Perth band for their single in their 1989 edition, but did correct it in later editions. Who's Who's spelling of band member names is also inaccurate in comparison to what is printed on the singles back cover and their reference to 'Never Never Band' rather than 'The Never Never' is also incorrect, going by what is printed on the record label. Spencer also incorrectly sites the release date of the single as being 1981, whereas the cover clearly states 1980.
To add more confusion, the back cover lists 'Tom Micheals' as vocalist and guitarist, yet his real name is Mick Thomas.  Hmm... somebody didn't do their research properly.
In late 1984, Mick Thomas (lead vocals, lead guitar and bass guitar) went on to form the first version of folk rock band 'Weddings Parties Anything' with a former band mate, Adams.
.
It's hard to know which of the tracks was meant to be the A-Side but Who's Who site it as "It Doesn't Mean Anything". 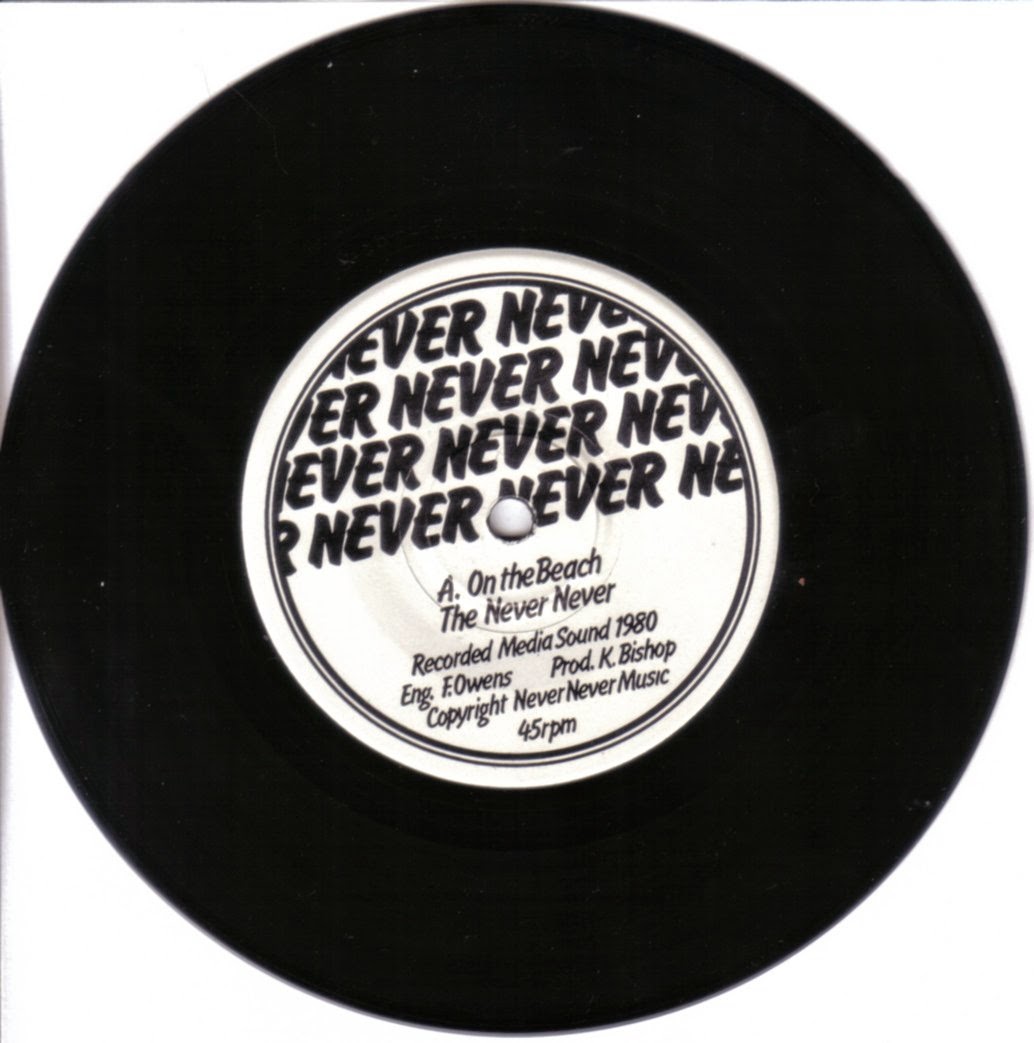 I personally like the other track "On The Beach" with its simple but catchy melody and "It Doesn't Mean Anything" which sounds a lot like Joe Jackson's "Is She Really Going Out With Him"
.
Anyhow, have a listen to this rare and Obscure single from the Never, Never (literally folks) and tell me what you think.