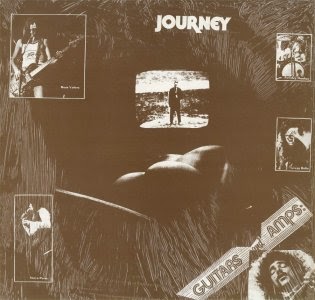 REPOST - Improved RIP and artwork
Found this gem at the Victoria Market one sunny Sunday afternoon back in the late 70's and paid a small fortune for it. Bootleggers could charge what they liked back in those days, particularly when the band was considered to be obscure and Journey was still very much an unknown band in Australia. But it was worth the money, the recording is excellent and the cover is almost commercial standard. This boot must be very rare! as I have yet to find it in a Google search.

I already had Journey's first three albums with their heavy rock and jazz fusion flavours and was very much into the band's long instrumentals and soaring guitar and keyboard solo's. Then came along Steve Perry, who added some refined vocals on their "Infinity" album making it far more commercial than their previous releases.
"Guitar & Amps" picks up the band at this stage of their career and showcases both old and new tracks from their catalog, including their big hit 'Wheel In The Sky'. It was recorded at the Monitro Studios in front of a small audience.
Formed in late 1973, Journey made their debut at San Francisco Winterland on New Year's Eve that year, followed by New Year's Day second gig before 100,000 audience at annual Sunshine Festival at Diamond Head Crater, Hawaii (I plan to post this brilliant concert at a later stage as it shows a very different Journey). Originally called the Golden Gate Rhythm Section and intended to serve as a backup group for established Bay Area artists, the band included recent Santana alumni Neal Schon on lead guitar and Gregg Rolie on keyboards and lead vocals. Bassist Ross Valory and Rhythm Guitarist George Tickner, both of Frumious Bandersnatch, and drummer Prairie Prince of The Tubes rounded out the group. The band quickly abandoned the original "backup group" concept and developed a distinctive jazz fusion style.


After an unsuccessful radio contest to name the group, roadie John Villaneuva suggested the name "Journey." Prairie Prince rejoined The Tubes shortly thereafter, and the band hired British drummer Aynsley Dunbar, who had recently worked with John Lennon and Frank Zappa. On February 5, 1974, the new line-up made their debut at the Great American Music Hall and secured a recording contract with Columbia Records
Journey released their debut selftitled album in 1975, and rhythm guitarist Tickner left the band before they cut their second album, Look into the Future (1976). Neither album achieved significant sales, so Schon, Valory, and Dunbar took singing lessons in an attempt to add vocal harmonies to Rolie's lead. The following year's Next (1977) contained shorter tracks with more vocals, and featured Schon as lead singer on several of the songs. Journey's album sales did not 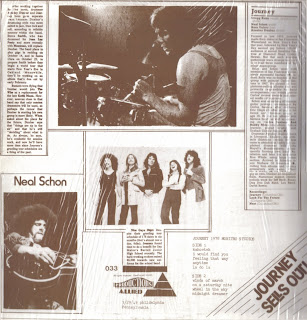 improve and Columbia Records requested that they change their musical style and add a frontman, with whom keyboardist Gregg Rolie could share lead vocal duties. The band hired Robert Fleischman and transitioned to a more popular style, akin to that of Foreigner and Boston. Journey went on tour with Fleischman in 1977 and together the new incarnation of the band wrote the hit "Wheel in the Sky." But fans were lukewarm to the change, and personality differences resulted in Fleischman being fired within the year.
In the fall of 1977, Journey hired Steve Perry as their new lead singer. Perry added a clean, tenor sound and the band became a true pop act. Their fourth album, Infinity (1978), reached No. 21 on the album charts and gave the band their first ARIA-certified platinum album plus hit singles out of "Lights" (#68 U.S.) and "Wheel In the Sky".

The post consists of FLACs and MP3 (320kps) ripped from vinyl and includes full LP artwork. Recorded in front of a small studio audience, the quality of the recording improves after the first track (sound engineers must have been asleep !). This is a rare bootleg indeed.
Note: Track listing printed on back cover is not accurate - listing below is correct
.
Track Listing 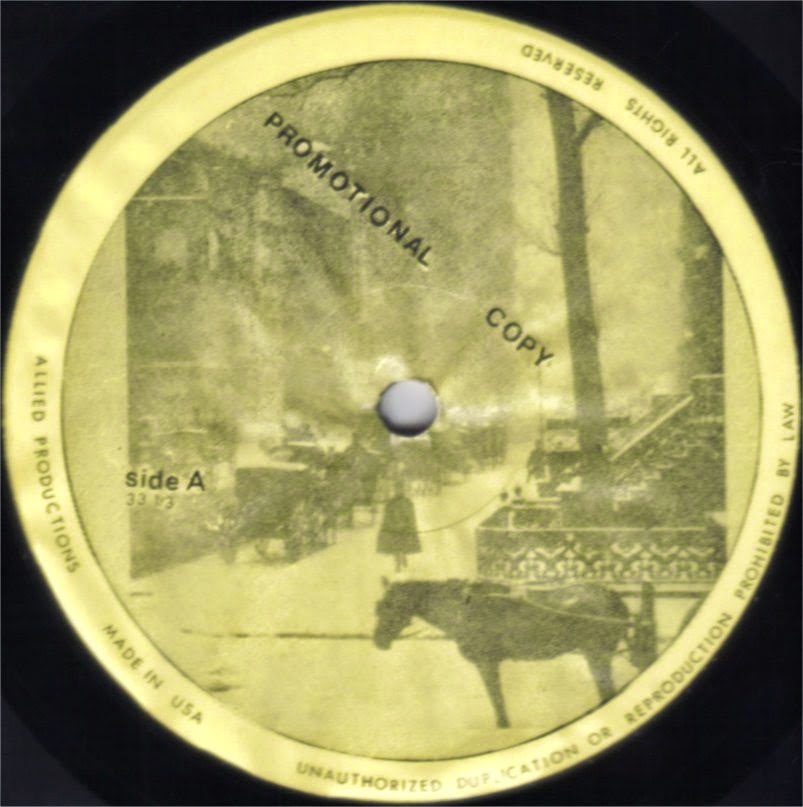