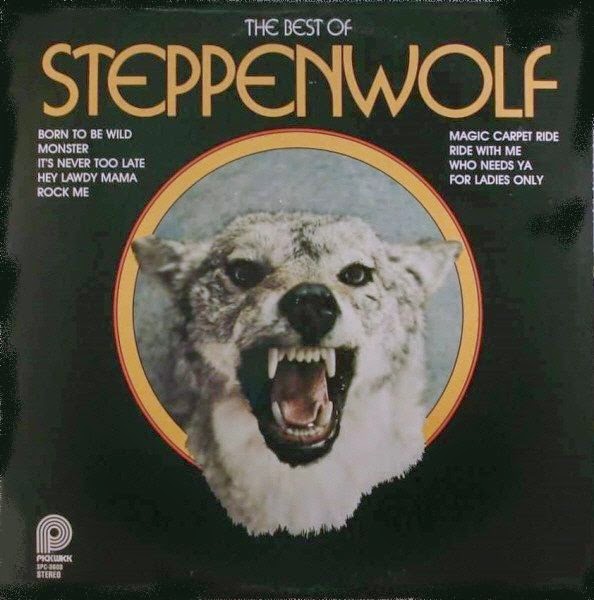 Steppenwolf is a Canadian-American rock group that was prominent from 1968 to 1972. The group was formed in late 1967 in Toronto by vocalist John Kay, keyboardist Goldy McJohn and drummer Jerry Edmonton under the name of the "Sparrows". Guitarist Michael "Monarch and bassist Rushton Moreve were recruited by notices placed in LA area record stores and musical  instrument stores. The essential core of Steppenwolf was John Kay, Jerry Edmonton, his brother Dennis Edmonton and Goldy McJohn from The Sparrows (originally Jack  London & the Sparrows from Oshawa, Ontario, Canada).
Cover Linear Notes
From 1968 through the end of 1971 there were not many rock acts bigger than Steppenwolf. During that period the band placed three singles in the national Top 10 and nine more in the Top 100. The quintet cut eight gold LPs and played to audiences numbering two million. Steppenwolf, in fact, was one of the most successful and popular groups in the history of rock.
Good rock is always at a premium and Steppenwolf was among the best. It was the best of the American heavy metal groups of the late '60s, combining pure rock with political philosophy and social commentary as well as any other band of the period. Rock, however, is the key. No matter what the subject matter of the song, Steppenwolf was above all a rock band, and.lead singer John Kay was one of the genre's best vocalists.
. 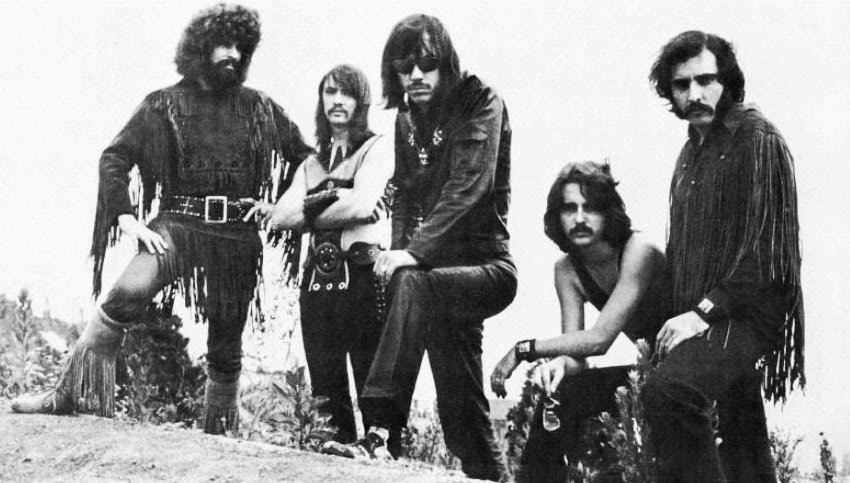 Kay and his mother escaped from East to West Germany in 1958 when he was fourteen. Moving soon after to Canada, John became involved in a number of rock and blues groups in the Toronto area. One such group, Sparrow, gained a strong local following through its fusion of the two musical styles.
In 1967, Kay, along with fellow Sparrows Jerry Edmonton and Goldy McJohn, moved to Los Angeles. Forming Steppenwolf (named after the main character in the Herman Hesse novel of the same name), Kay and his pals were soon successful.
Steppenwolf first rocketed to public attention with what is still rock's classic biker song, "Born To Be Wild." The single reached the second slot on the national charts. The group followed with the semi-psychedelic "Magic Carpet Ride," which landed in the number three position. The goodtime "Rock Me" also reached the Top 10.
. 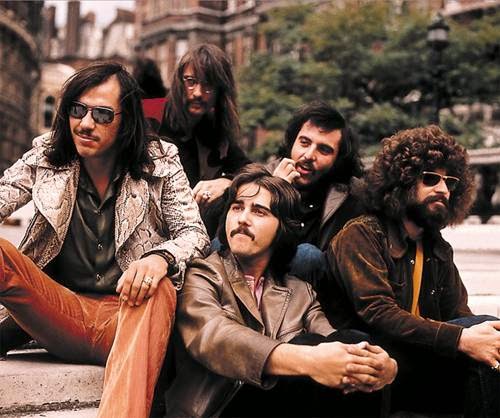 Steppenwolf did not concentrate on spreading philosophy or advocating political direction with its first three singles. Instead, the quintet wisely concentrated on reaching and establishing a foothold with the masses. Later projects/however,, showed a sense of social consciousness and ability to reflect current climate of opinion absent in most rock bands.
As mentioned earlier, Kay is an educated and highly articulate individual. Though his constant shades and leather pants sometimes made him look like a parody of a rock singer, Kay effectively used the band as a forum to express far deeper thoughts than those contained in "Born To Be Wild" and "Magic Carpet Ride."
Through '"Monster,'' Kay and co-writer Edmonton offer a powerful indictment of the then-current state of American affairs within the framework of a good rock' song. "It's Never Too Late" is the old theme of "anyone can start over anytime," but strong vocals and a good instrumental track make up for some of the less than fresh ideas served up. "Hey Lawdy Mama" is an interesting showcase for the band's feel for the blues. 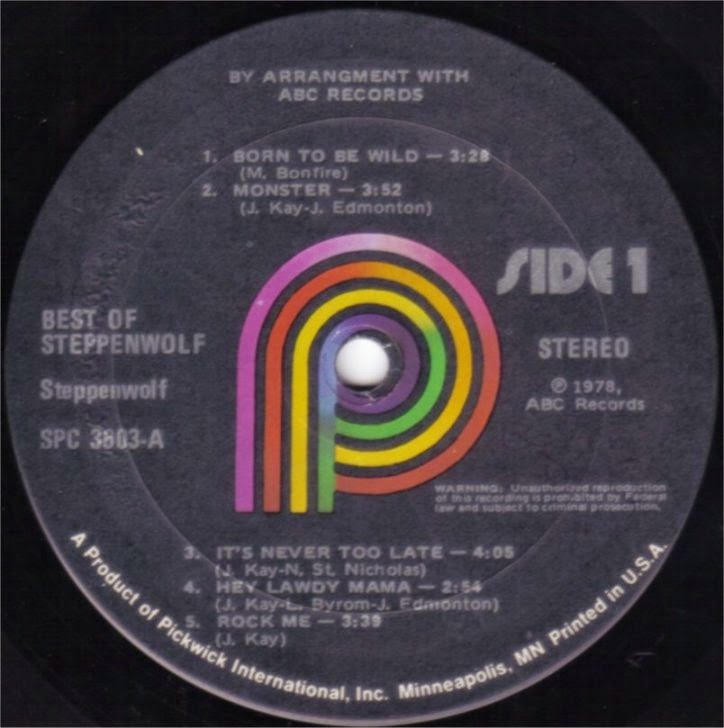 "Who Needs Ya" is a typically strong Steppenwolf rocker with some rather amusing lyrics while "For Ladies Only" is a group composition that winds up as one of the band's softer but better cuts.
Steppenwolf was not a band the critics raved over, much like Led Zeppelin and Grand Funk. Critical approval or not, however, Steppenwolf was an enormous commercial success. John Kay, if the truth be told, developed into one of rock's finer vocalists.
And if we take a sharp look back, it's quite evident fiat Steppenwolf was one of those rare groups deserving of the description of superstar.
.
This post consists of MP3 (320kps) ripped from my trusty Pickwick Vinyl which has seen more spins on my turntable than re-runs of the movie 'Easy Rider'. So I've had to clean up the files a little to get rid of the inevitable crackles and pops one would expect from a classic 70's album.
Full album artwork and label scans are included as usual. My favourite track on this album is in fact "For Ladies Only", a 9 minute rock ballad which demonstrates that Steppenwolf were able to produce more than just those Top 10 hits which they are best known for.
.
Track Listing 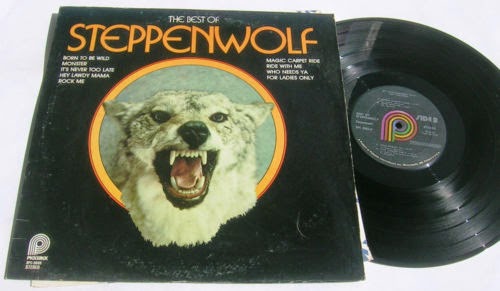