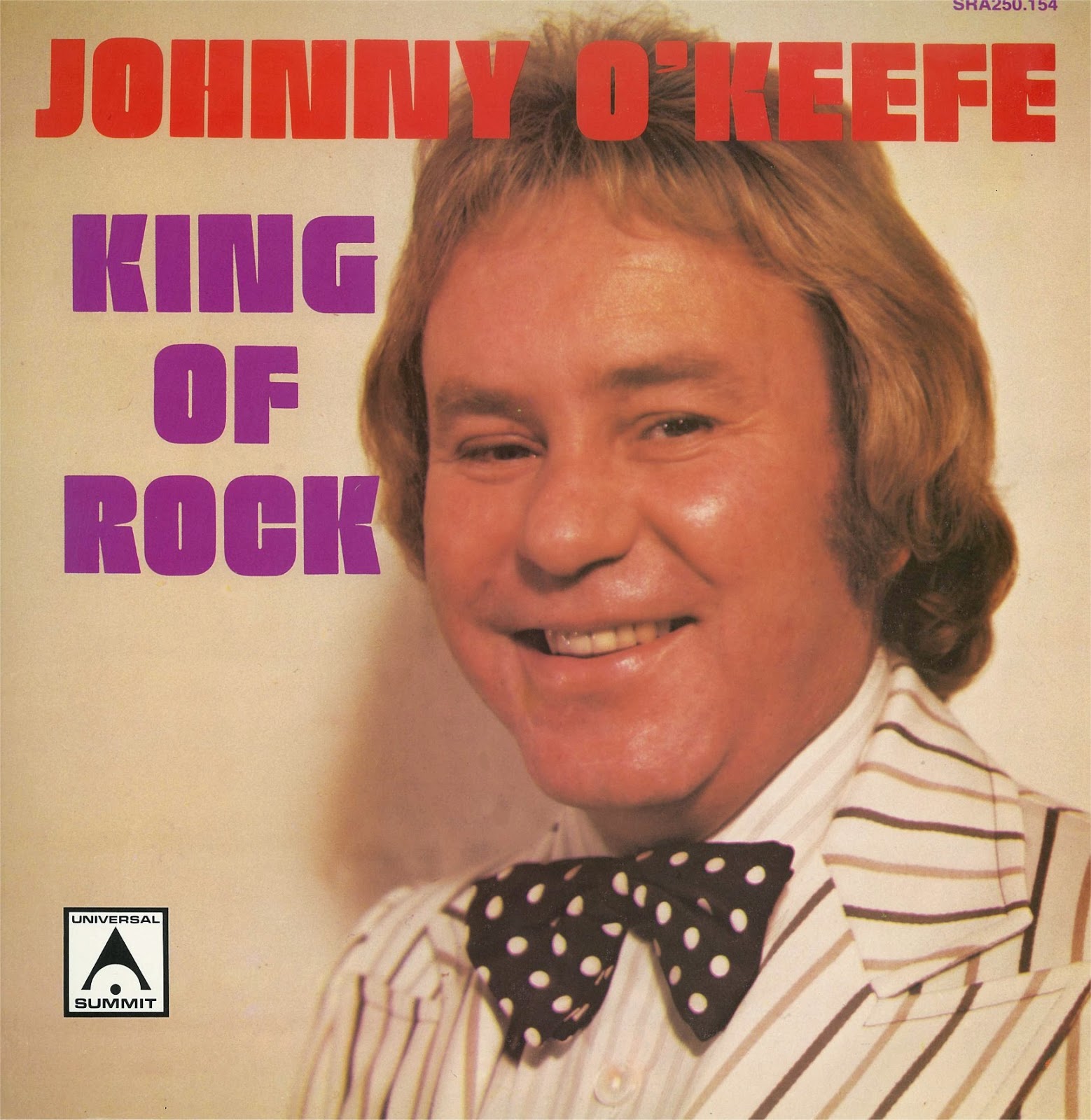 The greatest showman in Australian history, Johnny O'Keefe's career started in the Great Rock Era of the 50's. Sydney born johnny, in a short span of frantic activity, injected such a shot in the arm to the Australian Show Business Scene that it started the rise of some of our best local talent on the road to success. His uncanny pulse touch of what people young and old wanted in the way of entertainment has never wavered and it is the remarkable sense of show business judgement which has kept Johnny O'Keefe sitting high on the Oak tree while fast fell the acorns.
His transition from wild one to conservatively dressed club and dance performer has caused no turbulent loss in his popularity, instead the O'Keefe image has always been on the rise. His concerts — sellouts; His recordings — ever popular. To define Johnny O'Keefe has been attempted by fans and critics alike but no two answers have ever been the same. One explanation put forward by a prominent east coast musician might come close to the mark — "Johnny O'Keefe has the drive of a tycoon, the virility of four wild cats and when he sings a song he sings it straight from the heart, not from the head. Johnny really gives his all."
Many things have happened to the wild one in his twelve years in the music business — nervous breakdowns, a near fatal car accident, TV shows being cancelled, but always his enthusiasm and courage have shown through. He has made many comebacks, all of them successful — take for instance the re-issue of his 10-year-old single "She's My Baby" which re-entered the charts Australia wide and became another top seller. His recent single "Mockingbird" has also taken off the length and breadth of Australia.    ! One thing is certain — Australia has never known another entertainer like him and all Australia watches with respect his almost super human fight to reach almost greater heights, this era of Australian Entertainers must go down as the age with one undisputed King — The unforgettable J.O'K. [Taken from Album Linear Notes]

.In Brian Cadd's Autobiography 'From This Side Of Things' he recalls a chance meeting with the great JOK while they were both at Channel O in Melbourne doing the Happening 72 show.
.
Although I'd met Johnny O'Keefe a few times, I'd never hung out with him. He was an earlier era than all of us and by the time we were in bands like The Groop and Axiom, he was firmly entrenched in Clubland.
One Saturday morning in 1972, I was at Channel O doing the Happening 72 show. You had to get there incredibly early for make-up and then sometimes wait for long periods before your segment came up.
This morning I was in the dressing room and, after a moment, realised that I was sharing it with 'The Wild One'. He wasn't actually looking all that wild at that hour, but then neither was I.
We got chatting and I gradually became more comfortable in his presence. After all, no-one had ever come close to achieving his exalted status in Australia and, even though he was way past his prime, he was still 'the man'.
We realised that neither of us was going on until the last hour of the three-hour show. This gave us a considerable gap in which to entertain ourselves. When it got to IOAM, we decided to stroll outside and get some air. 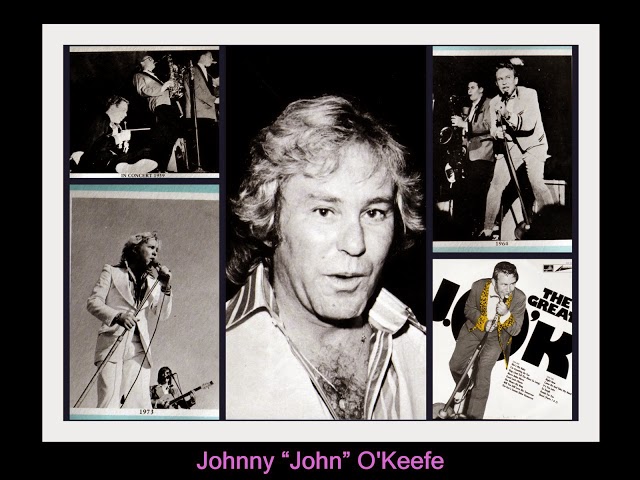 Opposite Channel O was a pub and, to our amazement and delight, we noticed it had already opened. Johnny said, 'C'mon mate, they'll never miss us Lesley Shaw ran the show with an iron fist and I prayed that he was right!
We marched into the main bar with me trying to look like it was perfectly normal to be there that early. We were not alone. There were a handful of barflies already there and you can imagine their amazement when Johnny stood right there among them at the bar and ordered two brandies and ice.
This was starting off pretty full-on! Johnny was already ordering two more as I struggled to keep the initial sip of my first one down. Pretty soon, though. I was in the game and we left there 45 minutes later several brandies in and a half dozen 'mates' richer. 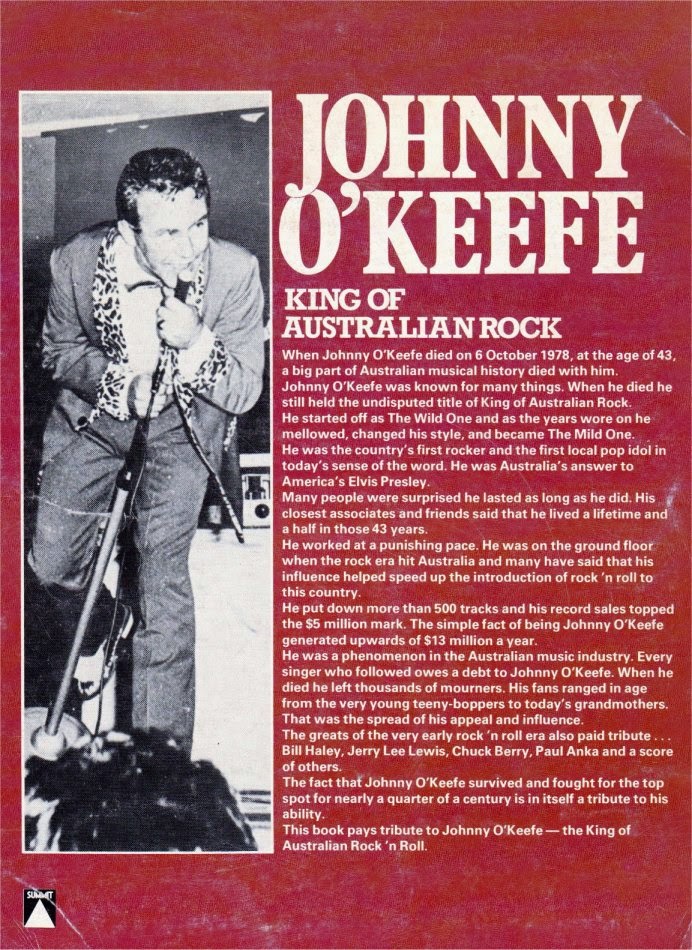 We snuck back into the dressing room, got changed and then, brandishing large innocent coffees, strolled into the studio ready for our performances.
Back in the dressing room afterwards Johnny asked me which way I was headed. In truth, I was heading in the opposite direction to the city but was not going to lose the opportunity to hang with him, so I volunteered to give him a lift to the Southern Cross Hotel in Exhibition Street in central Melbourne.Up we went to his lavish suite (he knew how to travel, this guy) and before he even put his bags down he was onto room service. 'Do you like bloody marys?' he growled. I nodded and he instructed them to bring up six of them post haste.
When those arrived, he told the waiter to rustle up another six. I was having a nice time by now as he was full of great stories and we got on really well.
After the second group of six drinks had been dispatched, he took his bags into the bedroom, saying, 'Let me show you something cool.' He returned with a Pelaco shirt box, filled to the brim with dope. 'Someone gave me that as a present last night at the club/ he explained as he ripped open the top.It was now only one o'clock in the afternoon and he was rolling a 'big one'. Somewhere deep in my subconscious, I had a little nagging feeling that I had to be somewhere else and that, now the Pelaco box was compromised, my chances of ever getting there were severely reduced. 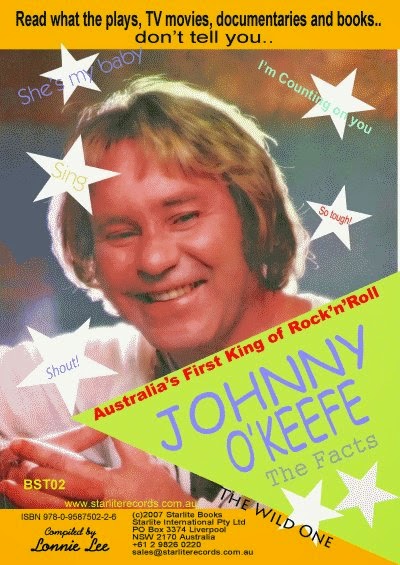 Somewhat numb from the brandies followed by all the vodkas, I managed to make my farewells and get out of the room. I stumbled around and eventually found the elevator. As I got out at ground level, I saw a waiter heading for the elevators with six bloody marys on his tray.
The rest of the day was somewhat wasted for me so I can't even begin to imagine what his show was like later that same evening.[extract from Brian Cadd "From This Side Of Things" Newholland Publ, 2010. p152-153]
.
This post consists of  FLACs ripped from a mint condition vinyl copy that I found at a flee market in Sorento over the holiday period, still in its cellophane cover.  As usual, full album artwork and label scans are also included.
This release on the 'Summit Label' was one of many low budget albums that John's record company 'Festival' released in the early 70's. Not truly appreciated at the time, they have now become collectable gems - especially when found in pristine condition.  Hope you enjoy this selection of songs from the late JO'K and note that track 2 "Lawdy Lawdy, Miss Clawdy" appears to be a bit of a rarity.
. 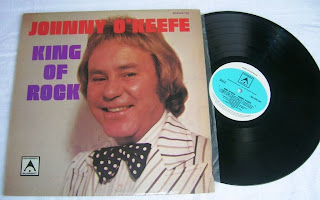